Britons are turning to TikTok for tips and tricks to stay afloat as the cost of living crisis deepens.

Budget recipes and energy saving hacks are flooding the social media app while the #costofliving hashtag has more than 490 million views.

Content creators, jumping on the public’s concern about soaring prices, have been sharing ideas on how to cut spending in creative ways, like showering at the gym and charging your electronic devices in the office or on public transport.

The conversation extends even beyond the videos themselves, with viewers using comment sections on popular accounts to share their own hacks and search for tips.

One video suggested charging all electronic devices before October 1, when the energy price cap set by regulator Ofgem will jump by up to 80 per cent to reflect the rising cost of wholesale energy.

The suggestion attracted criticism from some who pointed out that most iPhones require a daily charge – but the original poster said he was referring to the ‘random devices’ that may not be as frequently used.

Meanwhile users in the comment section took the hack one step further by revealing they plan to take their electronic devices into their workplaces to recharge them. 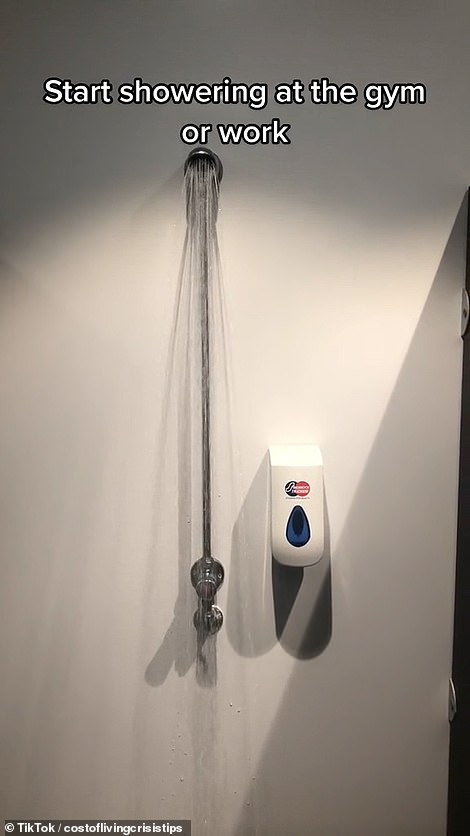 ‘My phone is permanently on charge at my work… I leave the air pods charging until the afternoon,’ one user said.

Others said they plug in power banks while they’re in the office to take home, which they can later use to charge larger items.

Gymgoers have also been encouraged to start showering after their workouts rather than waiting until they get home.

While this tip isn’t particularly useful for people who aren’t actively using a gym membership, creators said they’re ‘going to the gym anyway’ and found it a good way to shave some of the cost of their electricity bills.

‘I never shower at home nowadays,’ one creator said.

Another added: ‘Not even joking me and my other half did this and the water bill went from £85 to £28.’ 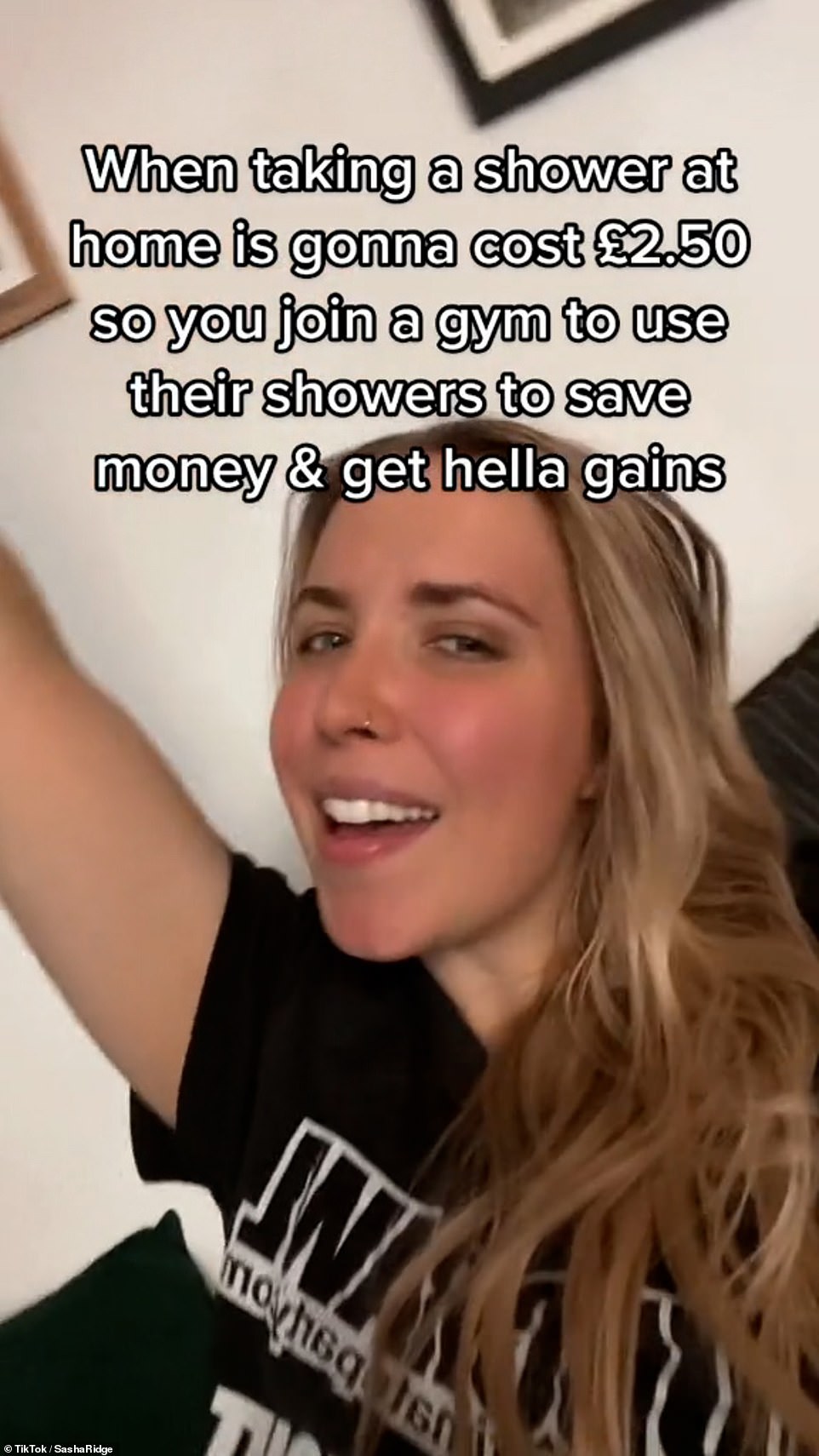 Budget recipes are also flooding the app as Britons look to save money on groceries.

Father-of-three Mitch Lane has gained more than a million followers on TikTok by sharing budget meals for £5 or less that can be easily replicated at home.

His @mealsbymitch account first took off during the initial Covid lockdown when people found themselves stuck at home without the option of dining out.

Some of his recipes include pasta bake, churros, burgers and chilli con carne.

Single mum Jo Rourke runs TikTok account @thismumcooks and offers viewers tips about how to keep the cost of their food shop down.

She told Sky News: ‘I suddenly realised that there were a lot of people who didn’t quite know what to do in regards to buying in bulk to save money, and I thought I’d start sharing these things, because it’s what I have do. It’s how I shop, it’s how I’ve always shopped.

‘I’m a working single parent with three children so I understand how tough it can be because there’s a lot of pressure on kids to have certain things… It’s about finding a balance, particularly now.

‘I think everyone is going to struggle. So people that historically have been able to afford to eat whatever they want to eat, are going to find that they have to start making different choices.’ 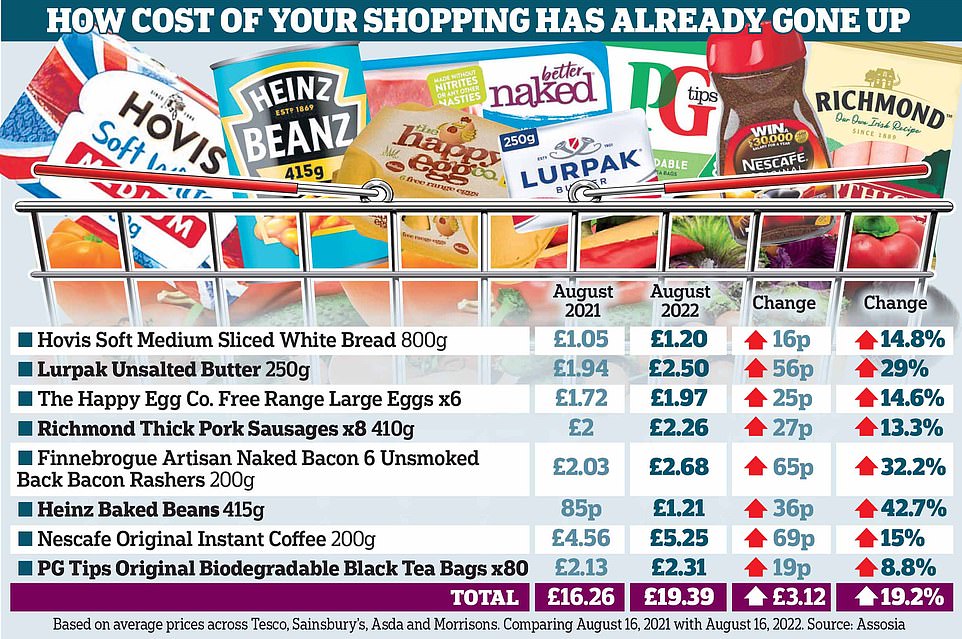 Prices surged by 11.6 per cent in August, the fastest increase since the global financial crisis in 2008, according to research firm Kantar. Pictured: How products have gone up in price

The exorbitant rises in grocery costs are expected to hit Britons hard at the hip pocket – with families facing a £533 jump in annual grocery bills.

Fraser McKevitt, head of retail and consumer insight at Kantar, said the UK is in the midst of the second highest inflation period for groceries since 2008.

Prices surged by 11.6 per cent in August, the fastest increase since the global financial crisis in 2008.

It means the average household grocery bill will shoot up by £533 this year – the equivalent to £10.25 every week.

The rise was attributed to sharp increases in essential products such as milk and butter, which have risen by 25 per cent and 23.5 per cent since last year respectively.

Burgers, halloumi and coleslaw all costing 13 per cent, 17 per cent and 14 per cent more than the same time last year, according to fresh industry data from market researchers Kantar. 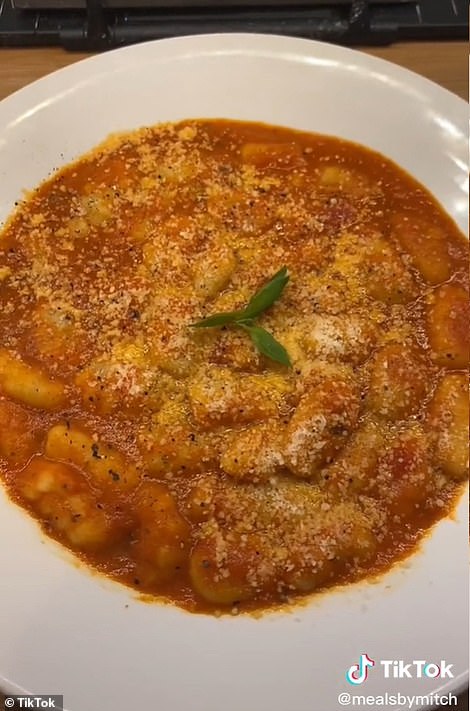 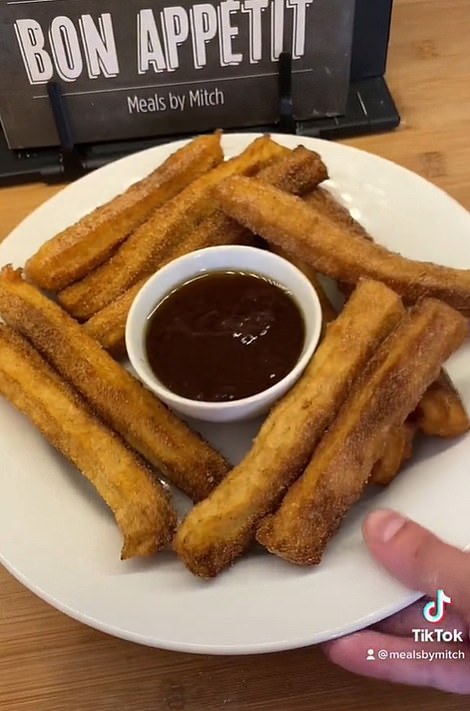 Supply chain issues and labour pressures have added to costs in food production, which are now being fed back to shoppers.

Experts hasve said there is ‘no escape’ for the 66million people in the UK who will also be encouraged to cut their use of gas and electricity this winter and even turn off the lights when the wind drops.

People may be encouraged to avoid using washing machines, dishwashers and ovens between the hours of 2pm and 8pm. The move could help to prevent potential blackouts over the winter.

Schools have even discussed three-day weeks and classes could be combined to reduce the number of rooms that require heating each day.

Pubs are already turning out the lights as soaring energy bills hit the ailing hospitality sector – with last orders at 8.30pm and closing by 9pm, food service being stopped and skeleton teams running venues to avoid financial ruin. Beer gardens are even being shut at night to save costs.

And councils may choose to follow Germany by dimming street lights and turning off the traffic lights at quiet junctions.