A British pilot has been killed alongside his wife after their car crashed through a barrier and plunged 245ft down a cliff in Gran Canaria.

The pair, named locally as Richard Addicott and Rita García Bolaños, died alongside Ivan and Marta Bolaños, who were Rita’s father and sister.

It is thought the car crashed off a road in bad weather some time between 9pm and 10pm Tuesday, before plunging 245ft off a cliff.

The scene was not discovered until the following day when a motorway worker noticed roadside barriers had been damaged and spotted the wrecked car.

Richard Addicott, a British captain for Norwegian Air, was killed in a car crash on Gran Canaria on Tuesday night, local media has reported 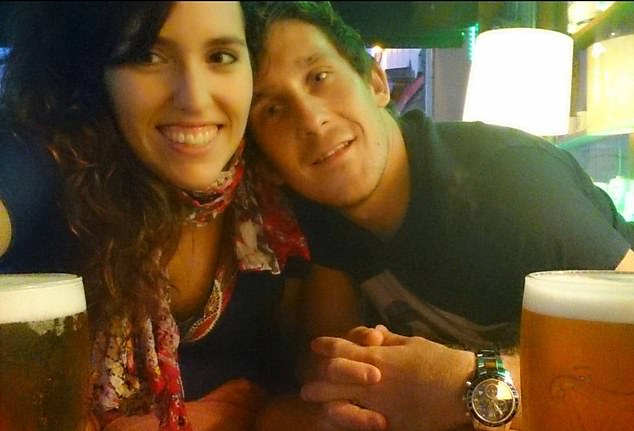 Also killed was Richard’s wife Rita (left), along with her father Ivan and sister Marta

The group had been visiting one of their elderly relatives in Artenara on Tuesday before driving back to Las Palmas, where they lived.

Heading off into fog and rain, the group only made it around 10 minutes into their 90-minute journey before disaster struck, local paper La Nueva Espana reported.

The car left the road during a sharp right-hand turn, hit crash barriers along the left-hand side of the road, and then plunged off a cliff.

The exact cause of the crash is still being investigated, but local officials believe no other vehicle was involved.

It is not clear who was driving at the time of the accident. 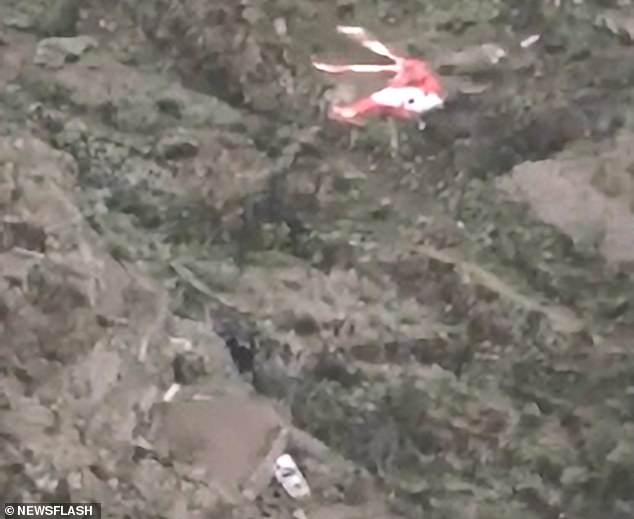 A British pilot, his wife, her sister and her father have died after their car plunged 245ft off a cliff in Gran Canaria (pictured, a rescue helicopter works at the scene) 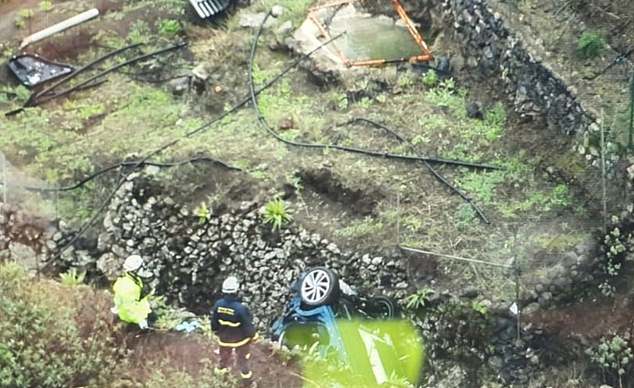 Rescue workers think the car crashed through a barrier some time between 9pm and 10pm on Tuesday in bad weather, before plunging down the cliff. The wreck was only found Wednesday

One of the victims has been identified as a British pilot called Richard who was in Gran Canaria with his wife Rita Garcia Bolanos on holiday from London visiting her father Ivan Garcia Buelna.

All three were killed along with one of Garcia Buelna’s daughters named Marta Garcia Bolanos.

Richard was a pilot for Norwegian Air Shuttle and lived in London with his wife, but made frequent trips to the Canary Islands to visit Rita’s father and grandmother, according to reports.

The investigation is ongoing.