Britney Spears will not be returning to Las Vegas for a residency.

The 40-year-old singer raised fans’ hopes when she and fiancé’ Sam Asghari, 28 posted some social media pictures from there earlier this week, but, apparently, it’s not to be.

According to a report from TMZ, sources close to the Toxic singer said there were no talks about a possible residency during her stay.

No residency:  Sources close to Britney Spears, 40, say the Toxic singer has no plans to return to a Las Vegas residency; seen in 2013

The sources also report that the Stronger crooner is not  eager to return to the stage at this time.

Some of Britney’s fans were worked up when they say the pictures the Gimme More artist posted from her luxurious stay at World Resorts on Instagram of her and the Black Monday actor living it up in Sin City.

The pair reportedly stayed in a private suite complete with a private pool, movie theater and in the shadow of a massive billboard dedicated to the singer which read ‘World Resorts Loves Britney.’ 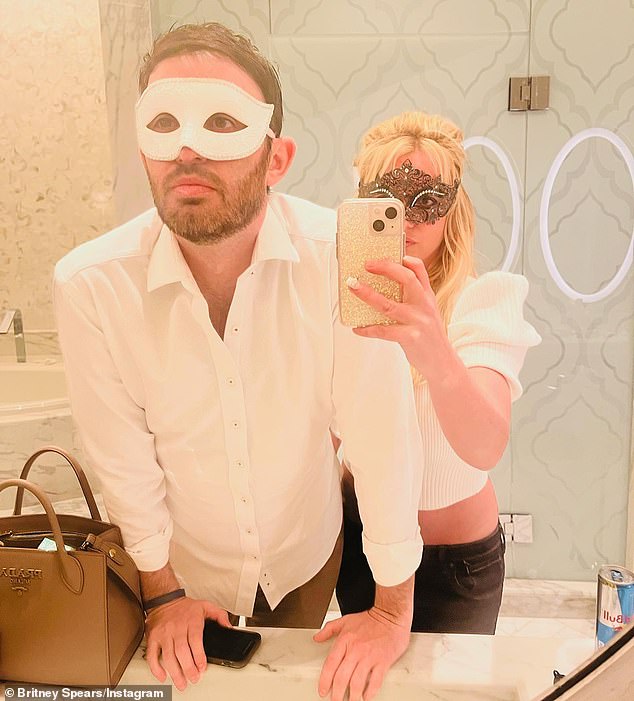 No talks: The Gimme More singer posted pictures of herself and fiancé’ Sam Asghari during a recent stay in Sin City on social media but sources say there were not talks about her returning to the stage 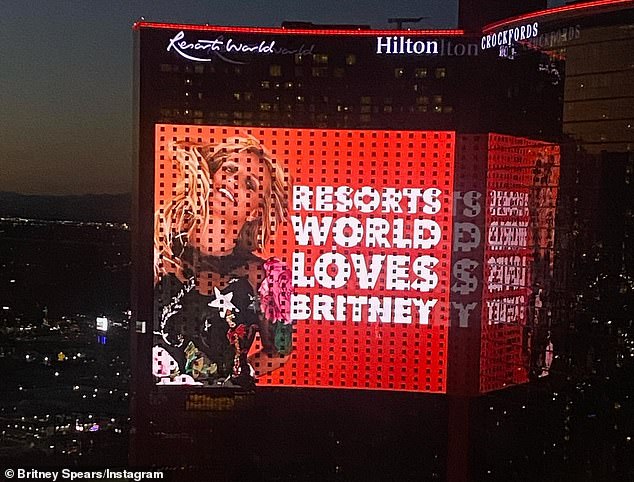 Advertisement: World Resorts created a massive billboard to boast about the Toxic singer’s weekend residency at the hotel

The Grammy winner’s four year Piece of Me residency at the Planet Hollywood Resort and Casino was hugely successful.

Plan for her to begin another one at the Park MGM in 2018 were crushed when Britney publicly walked away from a planned announcement in a battle over the legal conservatorship that was controlling her life.

She officially cancelled the Domination residency in January 2019. 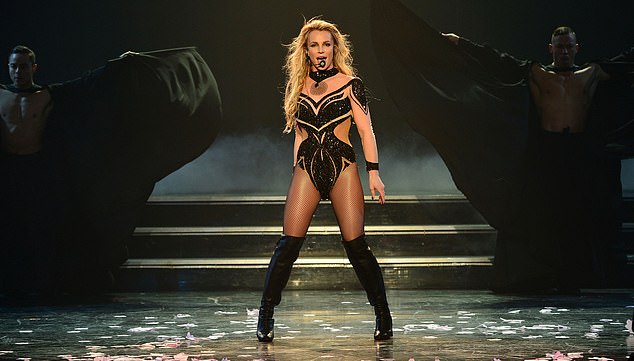 Piece of Me: The Grammy winner’s four year Piece of Me residency was hugely successful, but she walked away from plans to begin another run at the MGM in 2018

After details of a hearing into her conservatorship were made public, the The I Wanna Go artist was released from her 13 year ordeal in November 2021. Since then, the Make Me singer has been living life on her terms, but she’s also been thrown a sad setback as well.

In February, she posted a 13 second video of her dancing to her song Get Naked, calling it ‘a tease of what’s to come,’ sparking expectations she might be working on new music.