Wealthy British tourist, 21, dies after being struck by helicopter blades in front of his brother in Greece as he exited the private aircraft with his siblings on their way back from Mykonos to Athens

A young British tourist was killed in a horrific accident which saw his body chopped to pieces by helicopter blades in front of his brother at an airport in Spata on Monday.

The 21-year-old male, who has not yet been identified, was exiting the aircraft at the private airport along with three other tourists, including his sibling, following a flight from Mykonos to Athens purchased for them by wealthy parents.

He reportedly walked behind the Bell 407 helicopter while its engines were still engaged and was struck by the aircraft’s tail rotor as his horrified sibling watched on during the layover before their private jet bound for England.

The exact circumstances have not yet been clarified but the man sustained grievous injuries in the incident, which happened at around 6.20pm local time.

Emergency services were called to the private heliport on the outskirts of Athens but the victim is thought to have been killed almost instantly by the high-speed rotor.

The pilot has been arrested on manslaughter charges and two ground technicians have also been held by police while investigators probe the circumstances of the accident.

Emergency services at the scene of the incident involving a man in his twenties who died when a rear helicopter propeller hit him in Spata, near Athens, Greece 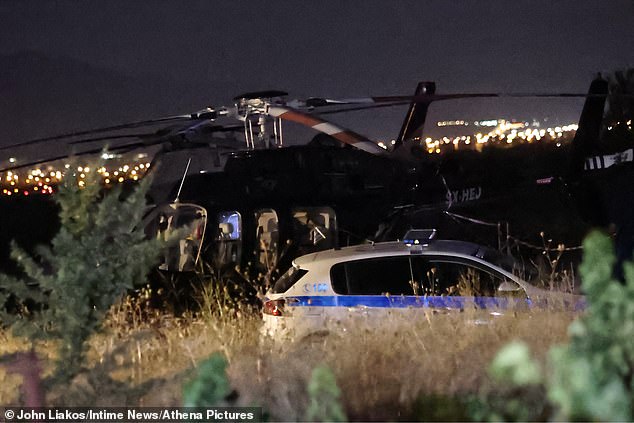 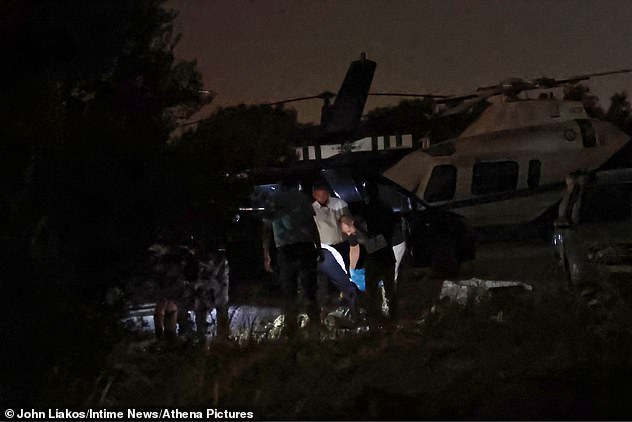 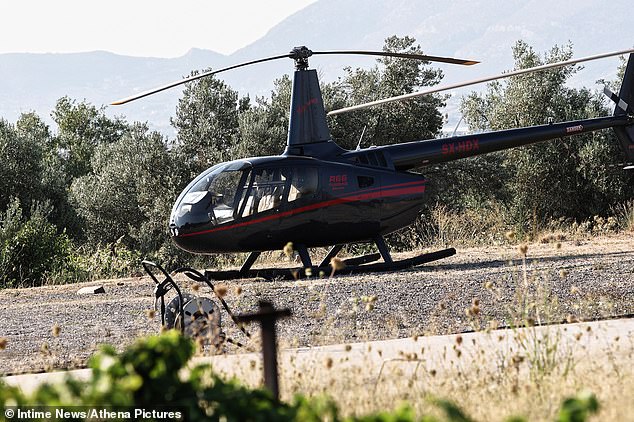 Emergency services were called to the private heliport on the outskirts of Athens but the victim is thought to have been killed almost instantly (pictured: the scene today)

Police said the propellers tend to continue for around two minutes after the engine has been switched off, unless the pilot presses a button to stop them at around 50 seconds.

The helicopter door does not have a lock so anyone can get out if they want to.

Investigations by police and the Independent Aviation Accident Investigation Authority and the Civil Aviation Service will focus on whether the pilot told the passengers to disembark.

A police source told The Sun: ‘We are talking about a tragedy – an unprecedented tragedy that never should have happened.

‘The cause is being investigated but it remains unclear why this happened or was allowed to happen when rotor blades pose such an obvious danger.’

A second helicopter carrying the victim’s parents was close behind, forcing the pilot who had landed and witnessed the shocking incident to radio ahead to his colleague and warn him of what had transpired.

The pilot of the second helicopter chose to divert from the private airport in Spata and instead made an unscheduled landing at Athens International Airport to prevent the man’s parents witnessing the scene of the tragic accident.

The family had intended to disembark at the Superior Air helipad before being chauffeured to Eleftherios Venizelos airport where they would board the family’s private jet for a return flight to the UK. 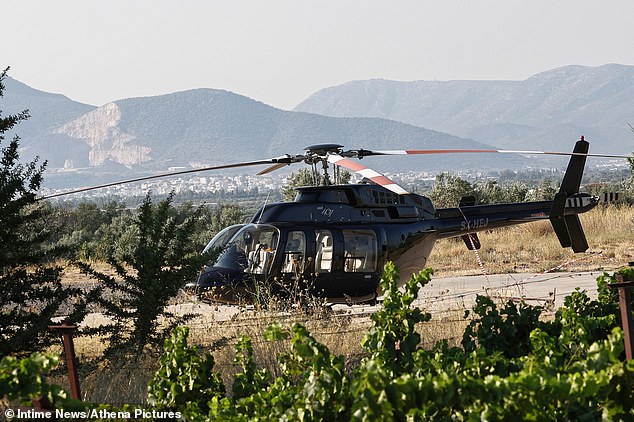 They were due to board a private limousine which would chauffeur them towards the family’s private jet (pictured: the scene at the helipad today) 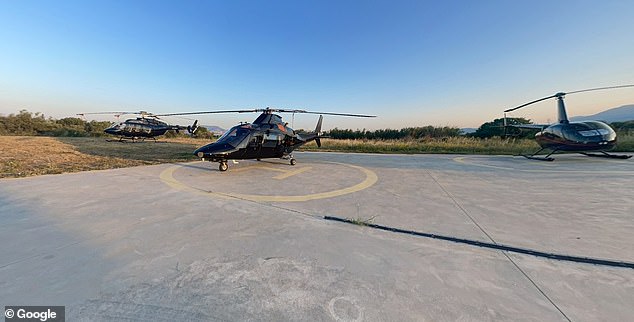 The family had intended to disembark at the Superior Air helipad (pictured, file image) before being chauffeured to Eleftherios Venizelos airport 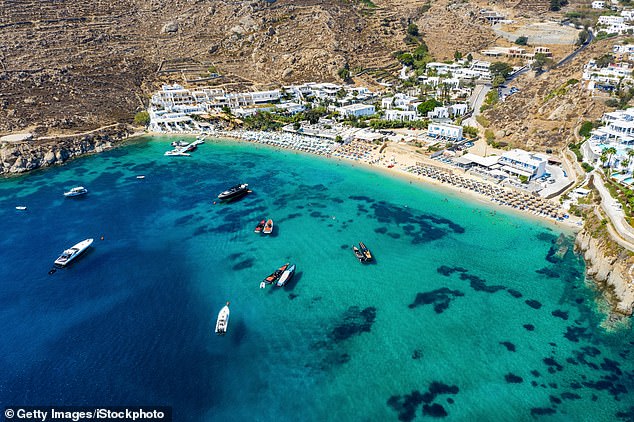 Police sources did not reveal the family involved but it is understood they are extremely wealthy.

Locals told The Sun that limousines were waiting at the heliport in Spata, ready to ferry them to a private jet stationed at Athens International Airport.

Greek police were pictured at the scene conducting their investigation on Monday night and are believed to be probing the pilot who landed the chopper as to why the passengers were allowed to exit the aircraft with the rotors still spinning.

The circumstances leading to the tragic accident have not yet been determined.

Sources said the 115-mile trip in two helicopters would have cost more than £15,000.