Britain’s top women’s doubles star Tara Moore has been given a provisional suspension from tennis after testing positive for a banned substance in April.

The International Tennis Integrity Agency announced on Wednesday that the 29-year-old, who is ranked No 83 in doubles, returned the test at the WTA tournament in Bogota, Colombia.

Her A sample contained Nandrolone metabolites and Boldenone and its metabolite, which are prohibited on the WADA list.

Moore, who is ranked 390 in singles, can now request that the B sample is tested to see if it backs up the initial finding.

A statement from the ITIA said: ‘The player is ineligible to compete in or attend any sanctioned tennis events organised by the governing bodies of the sport from the start of the provisional suspension on 27 May.’

Boldenone was also the substance which led former men’s No 1 Robert Farah to be banned in 2020, which he successfully claimed was accidentally ingested through eating contaminated beef.

Moore, once regarded as a highly promising singles player but now concentrating mainly on doubles, reached the final in Bogota with partner Emina Bektas.

The Hong Kong-born British player issued a statement on her social media, saying: ‘I have never knowingly taken a banned substance in my career. I am investigating how the positive test could have occurred and look forward to proving that I am a clean athlete.

‘I am deeply saddened by the provisional suspension and hope to be back on the court as soon as possible.’ 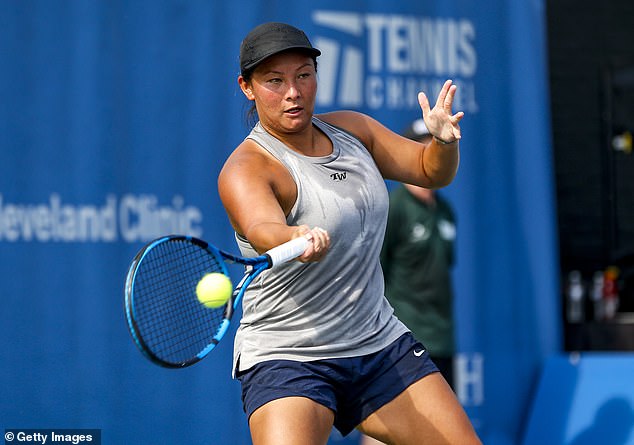 Moore, the UK’s top women’s doubles player, says she did not take the substance intentionally