A British university student on a year abroad in Italy as part of her studies was allegedly raped in the early hours of the morning in the toilets of an Italian bar.

According to police, the woman said that the rape happened at around 3am on Monday morning when a man she had not seen before followed her to the toilets.

The young woman, whose identity has not been revealed, is reportedly studying at the University of Trento in the Italian city of the same name as part of the Erasmus exchange programme, a European Union scheme which provides students the opportunity to study in a different country.

A British university student on a year abroad in Trento, Italy was allegedly raped in the early hours of Monday morning 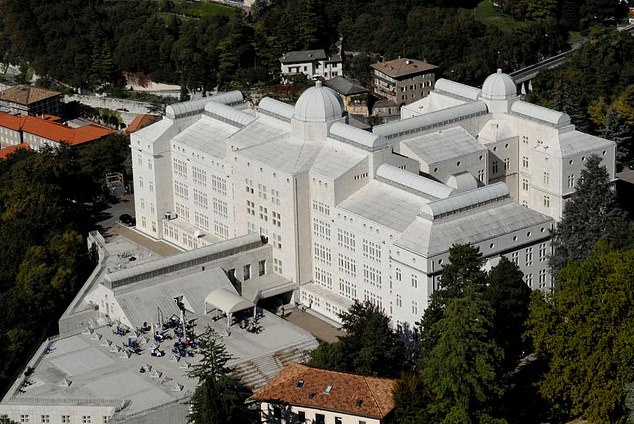 The young woman, whose identity has not been revealed, is reportedly studying at the University of Trento (pictured), in the Italian city of the same name

The alleged victim said that the attacker spoke only broken English and prevented her from leaving the bathroom by blocking her exit, before he then raped her.

Local media reported her telling police: ‘I was raped in the pub bathroom.’

After contacting police she was hospitalised and then filed a complaint, triggering the country’s Code Red alert for cases of domestic and sexual abuse.

The law came into effect in August last year in a bid to make sure that police treat such cases seriously and do not downplay them by fast tracking them.

Police said they had already interviewed the owner of the bar as well as guests and security guards, who expressed shock at the fact that the young woman had allegedly been raped on the premises while they were there.