A British man accused of murdering a Thai prostitute in 2014 before fleeing to Ibiza has lost an extradition battle and will face trial in Bangkok.

Her remains were found a week after her disappearance in a river 95 miles away in Kanchanaburi province. 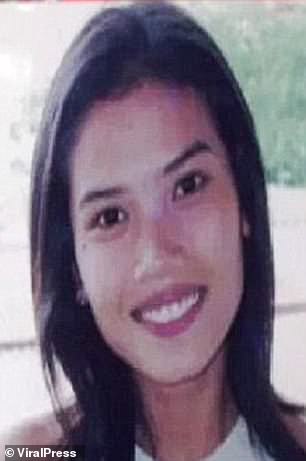 Shane Looker (left), who is accused of murdering Thai prostitute Laxami Manochat (right) in 2014 before fleeing to Ibiza, has lost an extradition battle and will face trial in Bangkok 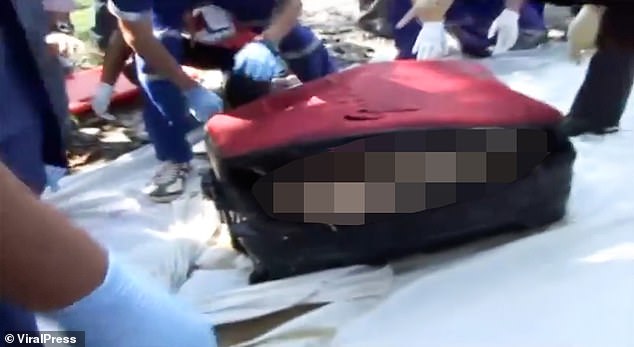 Looker was arrested in Ibiza in 2017 where he is said to own a hotel and his legal team have since been fighting extradition.

The Spanish High Court ruled he should be extradited but lawyers lodged a series of appeals.

The European Court of Human Rights in Strasbourg has now ruled that Looker should face justice in Thailand.

They cited extensive case files submitted by the Royal Thai Police in Bangkok which allegedly prove that Looker was the man who had murdered Laxami.

Thai authorities have also reportedly offered assurances required under EU law that Looker will not face the death penalty or be mistreated. 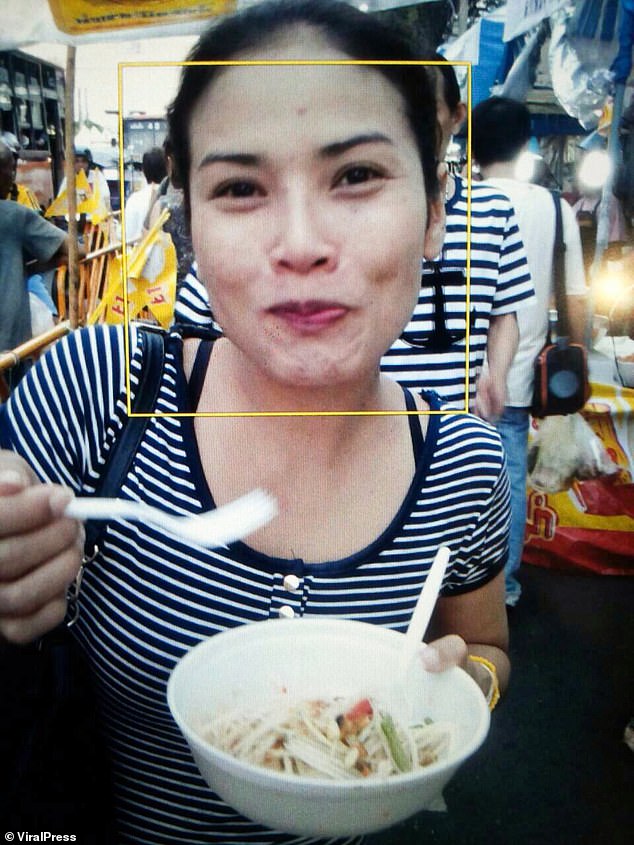 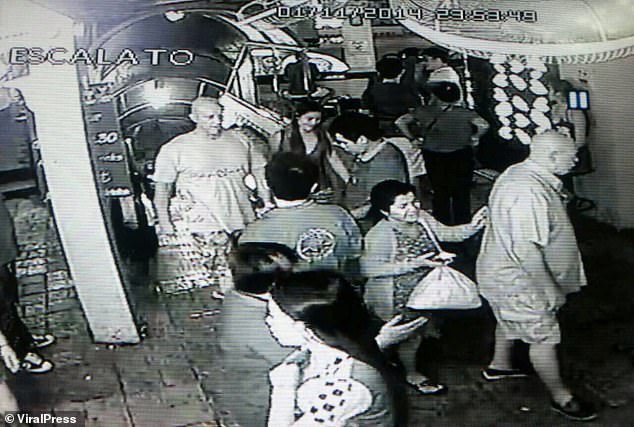 The tourist was at the Hot Lips bar in Nana Plaza, an area that attracts hundreds of foreign men every night in search of alcohol and sex, at the time of Laxami’s death.

After he was named as a suspect, Looker admitted paying a bar in Bangkok’s red-light area to spend time with her.

But speaking through a lawyer to The Sunday Mirror, he insisted in February 2015 he did not kill her and was preparing to hand himself in to police.

He said at the time: ‘Yes, I did know her. I’m happy to accept that I spent time with her.

‘She is a bar girl that I knew previously and I accept that I paid the bar fine. There is no way in the world that I’d ever hurt any woman let alone kill her.’ 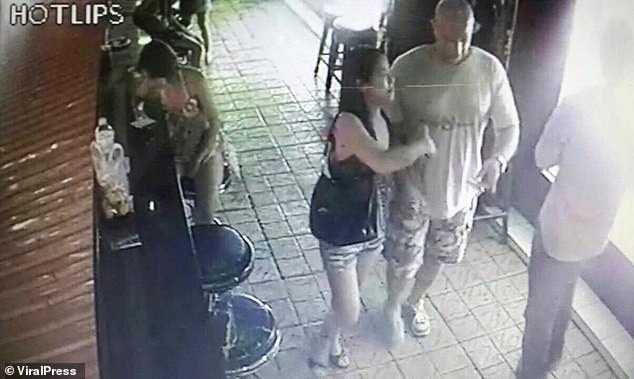 The tourist was at the Hot Lips bar in Nana Plaza, an area that attracts hundreds of foreign men every night in search of alcohol and sex, at the time of Laxami’s death 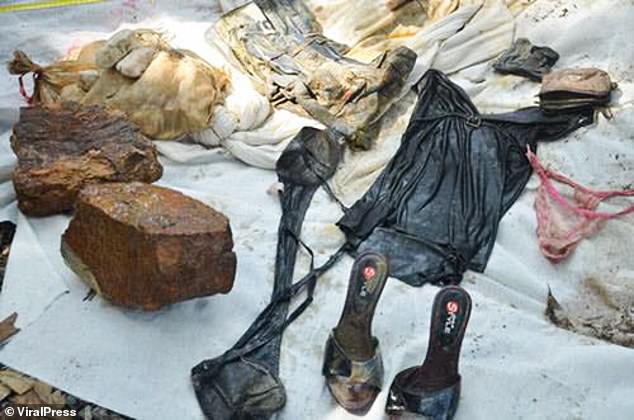 The dancer’s body and clothes were found on November 9, 2014, seven days after Looker was last seen with her

The dancer’s body was sliced into pieces before being stuffed inside a suitcase and thrown into the Mae Kong River in Kanchanaburi, 70 miles south of the Thai capital Bangkok.

It was found on November 9, 2014, seven days after Looker was last seen the prostitute.

Looker’s identity remained a mystery until a tip-off to Thai blog Stickboy which gave his full name, nationality and an address in Hua Hin, 90 miles south of Bangkok, along with a photo of his passport.

He had already left by the time police received the information and went to the address with a search warrant. 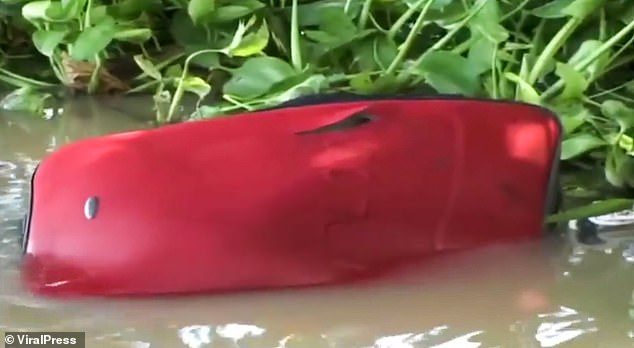 The suitcase was thrown into the Mae Kong River in Kanchanaburi, 70 miles south of the Thai capital Bangkok

The shorts and T-shirt he was wearing when he was captured on CCTV with Miss Manochat were found at the property.

According to reports in Thailand, DNA tests on nail clippers and a toothbrush and skin under the dancer’s nails also link him as a suspect.

Miss Manochat was reported missing after her mother failed to receive money she regularly sent by Western Union transfer.

A legal firm advising Mr Looker said in February 2015 it had been contacted by the Brit and advised him to hand himself in to police.

Jason Coghlan, PR Director of JaCogLaw, which has offices in Thailand near to Mr Looker’s home as well as in Spain, confirmed at the time: ‘We have been contacted by Shane Looker in the last few hours.

‘He has told me categorically he had absolutely nothing to do with this woman’s murder. 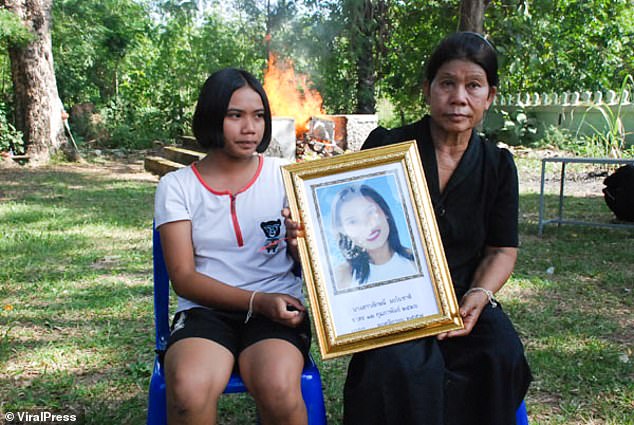 ‘We have advised him he needs to hand himself in to the authorities but his concern and ours as his legal advisors are that that takes place in conditions which don’t affect his ability and right to defend himself against these very serious accusations.

‘He’s not saying he hasn’t spent time with this woman.

‘But the DNA that’s said to have been found doesn’t make him guilty of murder and nor does the fact he was with her shortly before she disappeared.

‘I know this man personally through common friends and I can assure you he’s no psychopath.

‘There’s an inherent unfairness in trying to defend yourself when you’re in a Thai prison and haven’t had a chance to get your financial affairs in order and that’s something that needs to be addressed.

‘Mr Looker is obviously aware that it’s far better for him to hand himself in before he’s caught.

‘If the Thai authorities believe they need to arrest him so they can ascertain whether he played a role in this woman’s murder, that’s fair enough.

‘But if an innocent man is arrested and thrown into prison without any access to money with which to properly defend himself, there is obviously a much higher risk of a miscarriage of justice.’

Ruling on the case, top EU judges slammed allegedly deliberate attempts by Looker’s legal team to delay the case through a series of appeals.

The court claimed Looker’s could not succeed on the basis of ‘failure to exhaust domestic remedies’.

‘The applicant knew that he could have lodged an appeal for Amparo against the judicial decision of the Spanish High Court during the extradition process,’ it declared.