British gymnasts have slammed ‘outdated and sexist’ guidelines about the leotards they are asked to wear when they compete.

Jennifer Pinches, who represented Team GB at the London Olympics in 2012, told The Times that the guidelines around wearing leotards at competition are ‘perpetuating extremely harmful ideals.’

According to current guidance laid out by the International Federation of Gymnastics (FIG), gymnastics outfits during competition should be ‘elegant’ with a leg length not exceeding 2cm.

It comes after German gymnast Sarah Voss set a trend by wearing a full length bodysuits to compete at the 2021 European Gymnastics Championships in April in  favour of the traditionally worn leotard.

She was closely followed by Elisabeth Seitz and Kim Bui, who wore similar suits during the women’s all-round final.

In a message shared on her Instagram account, Ms Voss wrote that the decision to wear the full length version of the leotards, called a unitard, was ‘close to the hearts’ of her team and that she was ‘immensely proud’ to wear it.

‘Feeling good and still looking elegant. Why not?’ she wrote.

Gymnasts do have the choice to wear unitards at the European Championships, but there are traditionally worn for religious reasons, and seeing the style worn at a high profile competition is rare. 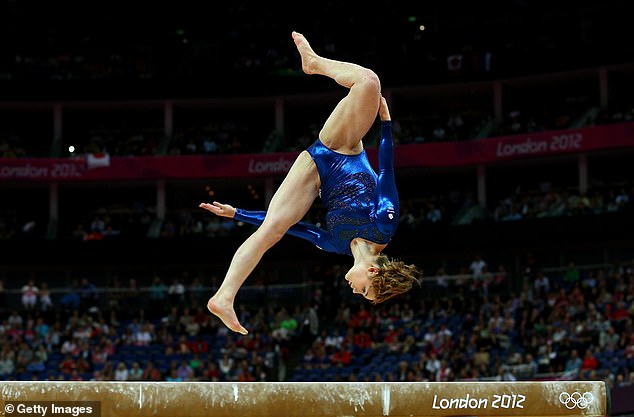 Jennifer Pinches, (pictured) who represented Team GB at the 2012 London Olympics has said the rules around competition clothing are outdated

FIG have stated that gymnasts are able to ‘choose attire they feel the most comfortable with to compete.’

Ms Pinches, who co-founded the Gymnasts for Change campaign with former elite gymnast Claire Heafford, said the guidelines around leotards are outdated, and told The Times that it is ‘evidence of a sport that is prioritising aesthetics over athletics.’

The campaign, made up of current and former gymnasts, coaches and parents of athletes works to raise awareness and end abusive coaching practices in gymnastics, and support those who have experienced abuse within the sport. 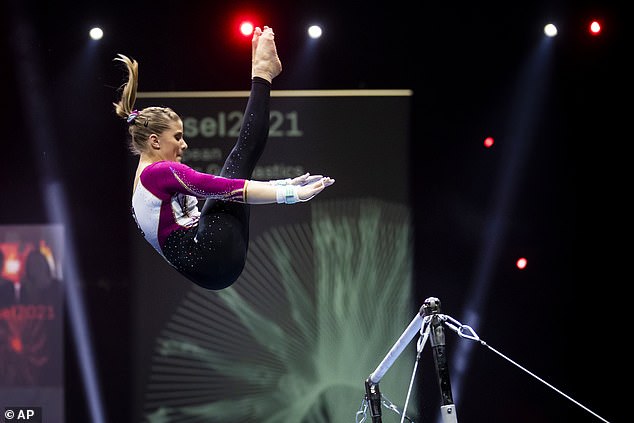 Elisabeth Seitz (pictured) also opted for a unitard during the competition 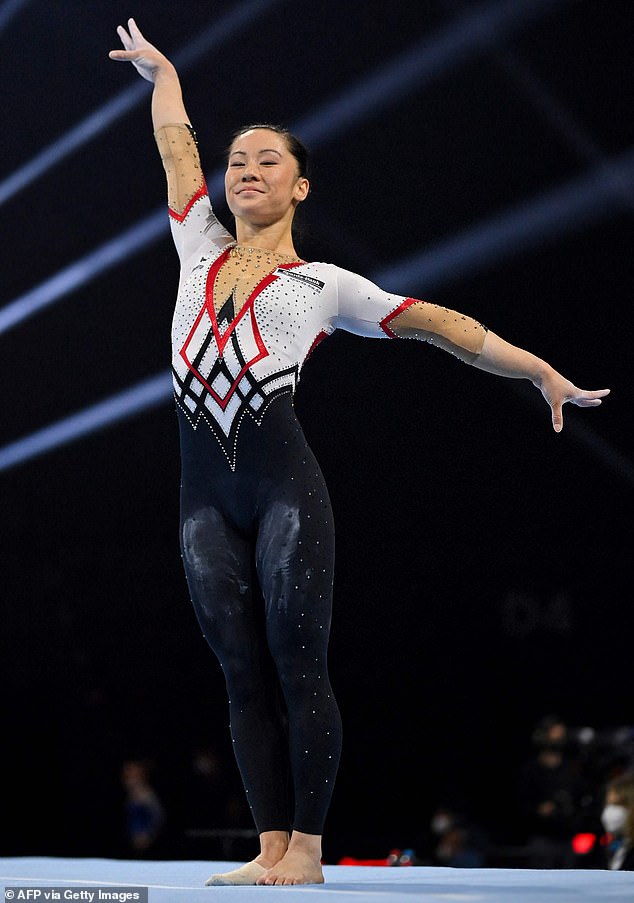 Becky Downie, a British Olympic gymnast, said that the German team’s style choice could start a trend in gymnastics, adding that the issue of clothing at competition has ‘always been an issue for female gymnasts.’

She told The Times that unitards contribute to the desexualisation of gymnastics and that athletes should ‘be able to feel comfortable and do [their] performance without worry of what [they] look like.’

The sport has been hit by allegations of sexual, emotional and physical abuse in many parts of the world, including the UK, the US and Australia.

In America, former national team doctor, Larry Nassar was sentenced to up to 175 years behind bars after being convicted of sexually assaulting more than 200 women. 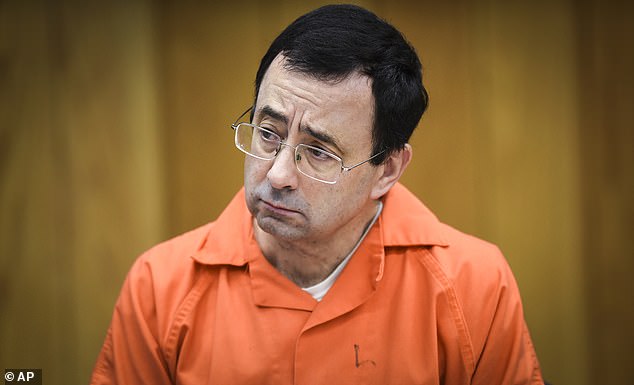 In America, former national team doctor, Larry Nassar was sentenced to up to 175 years behind bars after being convicted of sexually assaulting more than 200 women.

Some survivors of his abuse went on to become household names and Olympic medallists.

In the UK, gymnasts have spoken out about issues within the sport, including eating disorders and distorted body image.

Germany’s federation said the wearing of unitards by their athletes was to take a stand against the ‘sexualisation in gymnastics’.

The International Federation of Gymnastics said athletes have been able to wear unitards in competition for ‘several years’ and cited rhythmic gymnastics as an example of this. 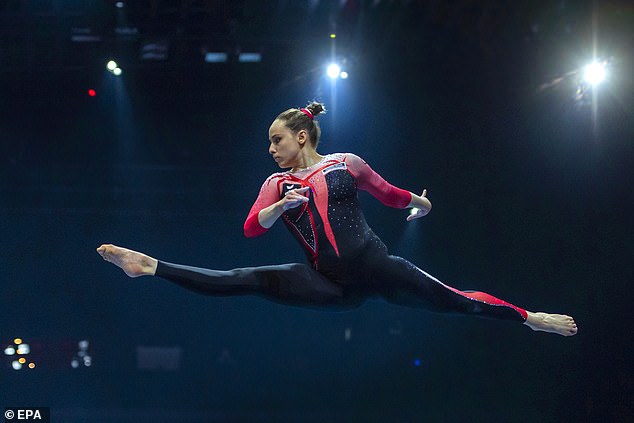 It added that gymnasts have been reminded that they can wear one-piece leotards extending to the ankles or with complete leg covering.