A British couple stuck onboard a cruise ship quarantined off the coast of Japan have appealed to billionaire Richard Branson for help.

David Abel made the appeal during a Facebook live video in which he asked the Virgin boss to charter a special plane to fly all the British passengers home to carry out their quarantine.

He added despite being a ‘staunch Tory’ he had ‘no confidence’ in Prime Minister Boris Johnson.

Mr Abel said: ‘When he (Johnson) just says ‘keep calm, don’t panic’ – I’d like to see you in this situation, mate. I really would.’

He has become an unlikely celebrity due to his videos and now he and his wife Sally have featured in news outlets across the world.

In the wake of his viral fame he said was now ‘appealing to one man’.

‘So, Richard Branson, I want to ask you a question, pal,’ he said in a video posted on Valentine’s Day.

‘If you and your family were in this situation, what would you do? And please don’t say ‘chill out, stay calm’, that’s not what we want to hear.

‘I’m asking, what would it cost to hire one of your smaller planes, put all the Brits onboard, no flight attendants, packaged food?

‘Take us to Brize Norton, take us straight into the medical facility and let us do our quarantine there by people who can speak our language.’

Mr and Mrs Abel previously said they have been given the option to leave and continue their quarantine ashore if they test negative for the virus but have chosen to remain onboard. 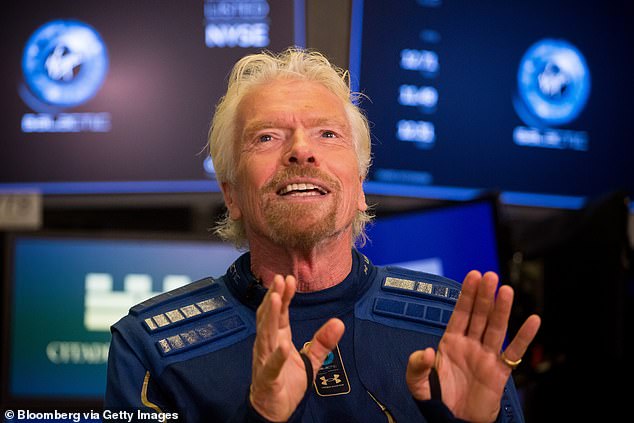 ‘I think he is the man, he’s not afraid to speak his mind. He’s the guy who could resolve this for the Brits.’

He added: ‘Whatever the cost, we will somehow find a way of paying for that plane.

‘Don’t know how but we wouldn’t want you to be out of pocket on that.

‘But this is just how damned desperate some of the passengers are becoming.’