The British Retail Consortium hailed the agreement after months of talks and frantic last-minute wrangling, saying that four-fifths of UK food imports come from the bloc.

The Christmas Eve deal was dramatically secured by negotiators from the UK and EU this afternoon just one week before current trading arrangements expire.

It follows a torrid year for businesses which have been hammered by the coronavirus pandemic and resultant lockdowns which have seen high street footfall plummet.

The pound was up 0.36 per cent against the dollar at $1.3555 following the deal being announcemed this afternoon. However it had earlier been higher at $1.3578, heading towards the two-and-a-half year peak of $1.3625 which was hit last week.

BRC chief Helen Dickinson said: ‘After years of campaigning for zero-tariff trade, we welcome the announcement of a free-trade agreement between the UK and EU.

‘This protects consumers on both sides of the Channel from billions in import tariffs on everyday goods. Given that four-fifths of UK food imports come from the EU, today’s announcement should afford households around the UK a collective sigh of relief.’

She continued: ‘The UK and EU Governments have taken a crucially important step in agreeing a zero-tariff agreement, to the benefit of customers all over Europe.

‘They must now work to implement this new arrangement as soon as possible, ensuring there are no tariffs from Day 1, and finding new ways to reduce the checks and red tape that we’ll see from the 1st January.’ 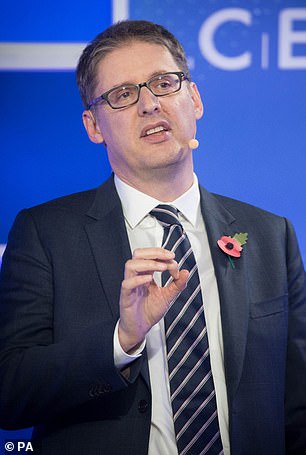 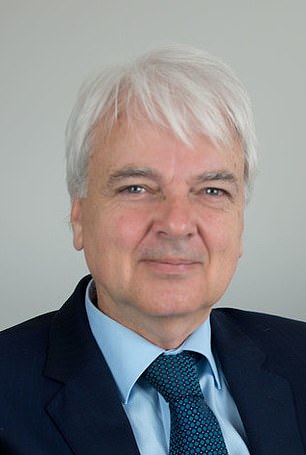 Ms Dickinson added that the BRC and the rest of the retail industry would be scrutinising the terms of the deal over the coming days.

Tony Danker, Confederation of British Industry director general, said: ‘Firms will immediately study the details, when they can, to understand the implications for their companies, customers and clients but immediate guidance from government is required across all sectors.

‘Above all, we need urgent confirmation of grace periods to smooth the cliff edge on everything from data to rules of origin and we need to ensure we keep goods moving across borders.’

He said the UK has a bright future outside the EU following the deal, adding: ‘This will come as a huge relief to British business at a time when resilience is at an all-time low. But coming so late in the day it is vital that both sides take instant steps to keep trade moving and services flowing while firms adjust. 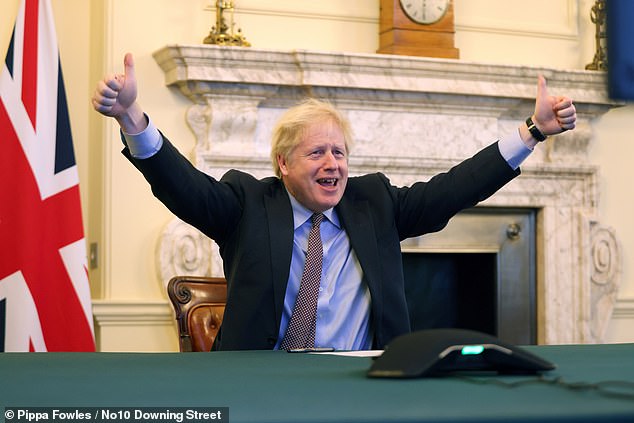 ‘And with a deal secured we can begin our new chapter on firmer ground.’

Richard Burge, chief executive of London Chamber of Commerce and Industry, said: ‘There are likely to still be questions unanswered and operational detail missing.

‘The negotiations running this late in the day have not helped, so I hope both the Government and the EU will be open-minded regarding working together to cushion the impact of the change in relationship, wherever possible.’

Prime Minister Boris Johnson and European Commission president Ursula von der Leyen were in close contact over recent days to help get the deal over the line.

But negotiations led by the EU’s Michel Barnier and the UK’s Lord Frost continued throughout the day as final details were hammered out.

David Lonsdale, director of the Scottish Retail Consortium, said: ‘The securing of a tariff-free trade agreement between the UK and EU is positive news.

‘It will protect Scottish consumers from hundreds of millions of pounds of import tariffs on everyday goods, and help retailers to keep down prices at a time when the economy is under enormous pressure.

‘Given that four-fifths of food imports come from the EU, this announcement should afford Scots households a collective sigh of relief.

‘The UK and EU governments have taken a crucially important step in agreeing a zero-tariff agreement, to the benefit of customers. They must now work to implement this new arrangement as soon as possible, and seek to minimise the checks and red tape on imports that are expected from January onwards.’

Tavish Scott, chief executive of the Scottish Salmon Producers Organisation, said that despite the deal, there were still concerns.

He said: ‘We are pleased the negotiators have at last secured a deal. This will alleviate some of the serious problems that would come from a ‘no deal’ Brexit.

‘But we still have concerns. The disruption at the Channel right now is hitting our members’ ability to export. Brexit means the Scottish salmon sector now face the reality of lots more red tape, bureaucracy and paperwork which are the reality of the extra trade barriers which come with Brexit.

‘So until we see how this UK-EU agreement actually works in practice, it is impossible to make a clear judgement on how the new trading arrangement in 2021 will affect salmon farming.’

He said that salmon farming’s big worry remains the potential for disruption at the Channel.

Mr Scott said: ‘Salmon is a perishable product and any delay in getting the fish to our European markets will have serious consequences.

‘If consignments end up being stuck in queues of traffic for hours, the knock-on effects on eventual market price can be severe. That is exactly what we have seen since Sunday. So the omens are not good.’

‘We hope this will protect consumers across the UK from billions in import tariffs on everyday goods,’ he said.

‘For Northern Ireland it also means a reduction in new customs frictions between GB and NI.’

However. he also warned that more work is required.

‘Even with a deal, retailers face a very different retail landscape from January 1, with many new checks and costs. The result will be rising costs for businesses, some of which may impact consumers,’ he said.

‘We need to ensure maximum flexibility from both the UK Government and the EU to prevent breakdowns in the supply chain.

‘There is still much hard work needed on Northern Ireland issues if we are not to face another cliff-edge in three or six months and retailers are to continue to give NI families the choice and affordability that they so desperately need.’

Trades Union Congress General Secretary Frances O’Grady tweeted: ‘This deal is better than nothing. But not by much.

‘This agreement is on the PM’s head. It’s his responsibility to make sure working families don’t end up worse off.

‘The govt must build on this deal to protect jobs. And unions will not accept any diluting of workers’ rights.’