EXPRESS INFORMER > Sports > British boxing resumes with Chris Eubank Jr vs Liam Smith but what are the other big fights ahead?

Even with Tyson Fury taking to the ring in December last year, British boxing somewhat fell into the background towards the end of 2022 as the World Cup in Qatar took over our television screens.

But that all changes this week as the build-up to Britain’s first significant bout of the year commences, with Chris Eubank Jr and Liam Smith set to square off in an intriguing middleweight scrap on Saturday night.

Heavyweight protagonists Tyson Fury and Anthony Joshua are hopeful of taking to the ring by April, while even Conor Benn – whose career spiraled last year after failing two VADA drugs tests – is becoming increasingly vocal regarding an imminent comeback.

Last year was a hugely significant one for women’s boxing, with Katie Taylor and Savannah Marshall both involved in historic bouts, while Chantelle Cameron and Natasha Jonas proved their credentials at the highest level.

There are match-ups galore to come in the women’s game, with prospect Caroline Dubois aiming to be a world champion by this time next year. Another prospect in Adam Azim is also looking to continue where he left off in 2022, as he gets out in February.

So, as British boxing in 2023 now gets underway with Eubank Jr vs Smith, Sportsmail takes you through what Britain’s other top-dogs have in store for us in the near future.

We start with Tyson Fury, who is looking to become the first undisputed heavyweight champion since Lenox Lewis in 1999.

Standing in his way is Ukrainian mastermind Oleksandr Usyk, who holds the WBA, WBO and IBF belts having dethroned Anthony Joshua in 2021, before retaining his belts with a rematch victory in 2022.

Fury, meanwhile, defended his WBC crown with stoppage victories over Dillian Whyte and Derek Chisora last year, with most now in agreement that Usyk is likely the only heavyweight – perhaps other than Joshua – capable of beating the Gypsy King. 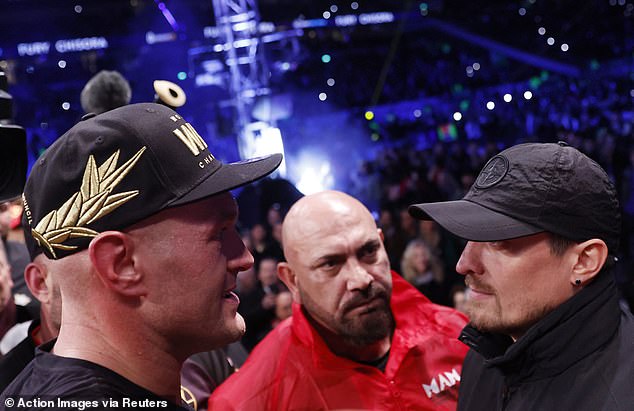 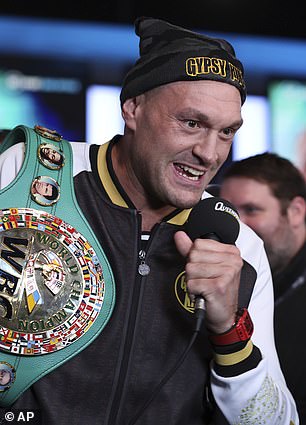 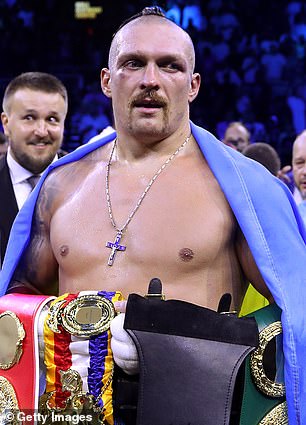 Both Fury and Usyk have made it abundantly clear they want to fight each other, and promoter Frank Warren has previously identified March as the likely date for the super-fight.

Warren last week also revealed that a draft contract has been sent to Usyk’s team, with Saudi Arabia deemed the likely location for the bout.

One hurdle has already been cleared, with the IBF rescinding its order for Usyk to fight Filip Hrgovic next. WBA ‘regular’ champion Daniel Dubois is therefore next in line to face Usyk, but being promoted by Warren, an agreement for the Briton to stand aside will be a formality.

So, it seems that Fury vs Usyk will happen this year, and it’s just a waiting game at this point. Of course, that could all change in the coming days and weeks.

Next up is Anthony Joshua, who after 12 successive world title bouts now returns to being a challenger in the heavyweight division.

A pair of defeats to Usyk has left the 33-year-old without a win in over two years – his last victory being against Kubrat Pulev in 2020 – and Joshua now has a monumental task ahead as he bids to become a three-time heavyweight champion.

That task will begin with his next outing, which is set to be at the O2 Arena in April, though as of yet his opponent remains unknown.

Joshua has been linked with a fight against Australian heavyweight Demsey McKean, though no contracts have been signed. Eddie Hearn has insisted the fans will be pleased by the opponent, which would likely not be the case with McKean. 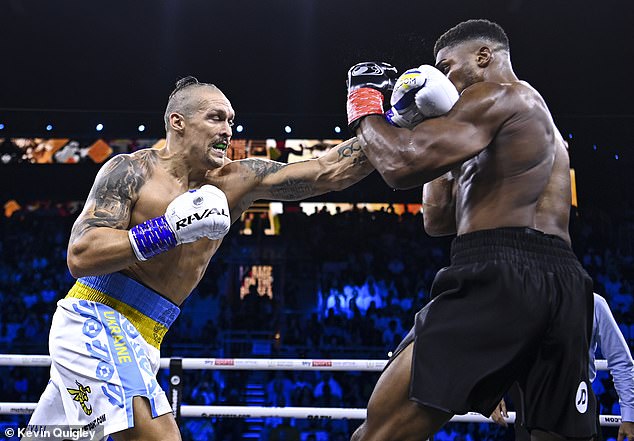 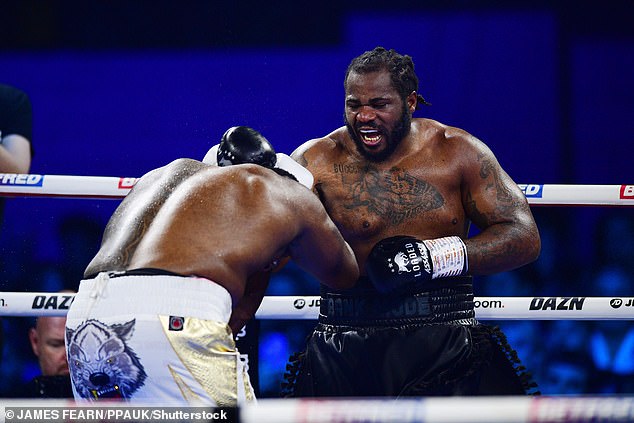 Another name touted as a possible opponent is Jermaine Franklin (21-1), who lost his unbeaten record following defeat to Dillian Whyte last November, in a bout many thought the American deserved to win. Otto Wallin and Flip Hrgovic are also names doing the rounds.

While Joshua’s opponent remains unknown for now, we do know that he’s parted ways with Robert Garcia and has appointed a coach out in America. Again, exactly who it is is yet to be announced, but Errol Spence Jr’s trainer Derrick James is the general consensus at this point.

While Joshua fought just once in 2021 and 2022, Hearn now insists he will fight three times this year, with a rematch against Whyte targeted in the summer before a mega-fight later in the year.

Conor Benn this time last year was the talk of the town, having defeated Samuel Vargas, Adrian Granados and Chris Algieri in a breakthrough 2021. And by April, Benn had claimed another impressive scalp in stopping Chris van Heerden.

Now, after his two failed drugs test enforced the cancellation of his October legacy bout against Chris Eubank Jr, his reputation is in tatters and his immediate future in boxing remains up in the air.

Benn, as he has done ever since Sportsmail broke the news of his failed drugs tests, insists he is innocent, however, and promoter Hearn believes ‘The Destroyer’ will be out fighting again this year.

Hearn’s confident claim came after Benn’s team submitted a 270-page document to the WBC in a bid to clear his name in December. 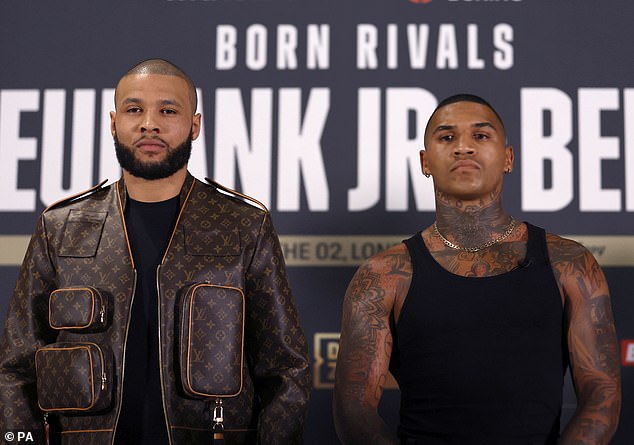 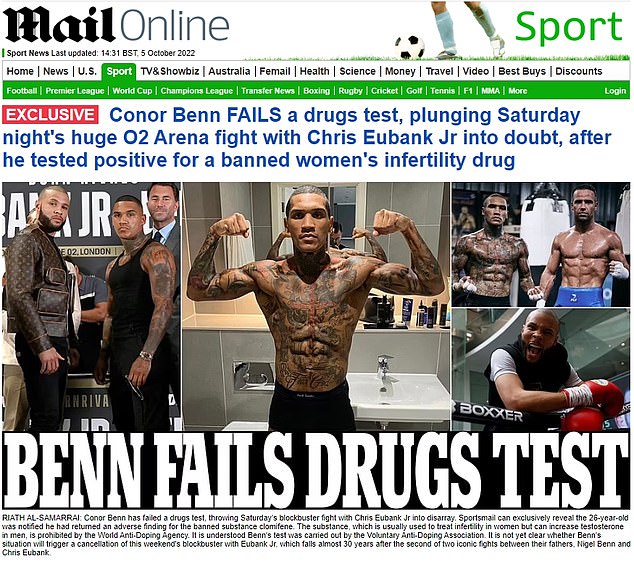 Eubank Jr has revealed he is unsure whether to give Benn another shot, but there are options for the 26-year-old even without him.

Benn was recently involved in a Twitter spat with Gervonta Davis, with Hearn afterwards stating: ‘I love the fight, why not? Gervonta has boxed at [140lbs], I’m sure he doesn’t mind fighting up at 147lbs or close to it.’

Hearn and Benn – who has been increasingly active on social media of late – are confident he will be cleared of any wrongdoing, with the promoter insisting he doesn’t believe his fighter will receive a ban.

Hearn has also insisted Benn is still able to fight in ‘most places in the world right now’, and that he’s ‘not banned by anyone’. However, they would rather prove Benn’s innocence at a hearing, and for that we’ll need to await the result.

Katie Taylor, as she has down throughout her career, continued to make history last year as she beat Amanda Serrano in an iconic bout at Madison Square Garden.

The 36-year-old ended the year with an assured win over Karen Elizabeth Carabajal, setting up what is set to be another massive 12 months ahead.

The primary aim: Croke Park. The undisputed lightweight champion has for years dreamed of a special homecoming bout, and Hearn is now determined to deliver it.

‘April or May, it will be Katie’s next fight,’ said Hearn when speaking to IFLTV in November last year. ‘This is a must for us, and we have to deliver it for Katie. 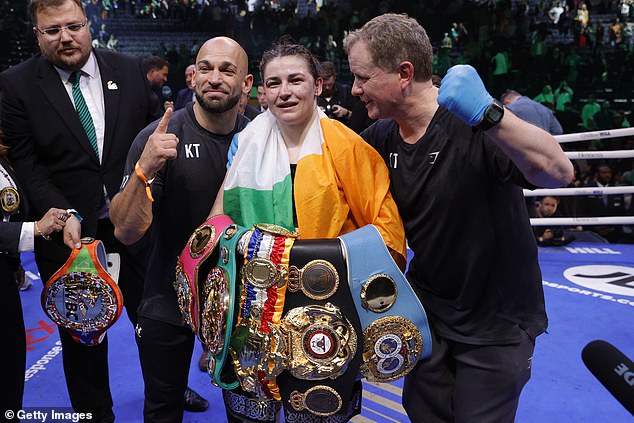 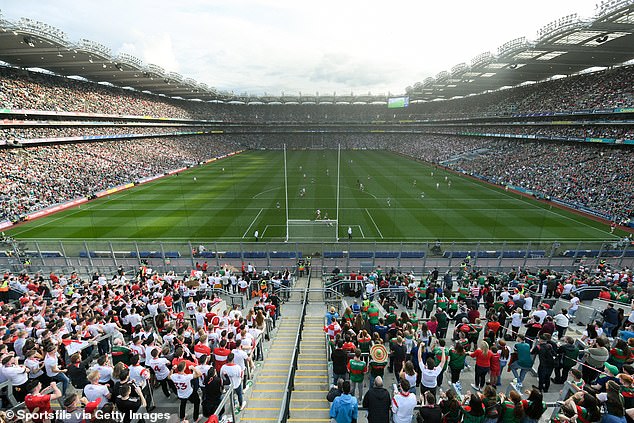 She has earmarked 80,000 fans at Dublin’s Croke Park – a place where she has never fought

‘Our focus is a million percent on going to Croke Park, we do need support and we need the Irish government’s support as well. Not in terms of allowing it to happen but it’s very expensive to go into Croke Park and put a fight on.’

Taylor’s return may have been somewhat delayed, with Serrano now fighting Mexican Erika Cruz as she bids to become undisputed featherweight champion.

However, victory for Serrano could set up a massive rematch against Taylor, at Croke Park, later in the year, which Hearn last year insisted was their priority.

From one Taylor to another, and again we have a massive rematch to look forward to.

Josh Taylor was this time last year one of Britain’s biggest stars, reigning as undisputed super-lightweight champion and simply needing to beat Jack Catterall before moving up to welterweight.

That didn’t quite go to plan, however. Taylor got the victory, yes, but to almost everyone watching the result was a total farce.

Catterall to most was the clear winner, and though the British Boxing Board of Control insisted they had no dispute with the final result, judge Ian John-Lewis was downgraded for his 114-111 scorecard in favour of Taylor. 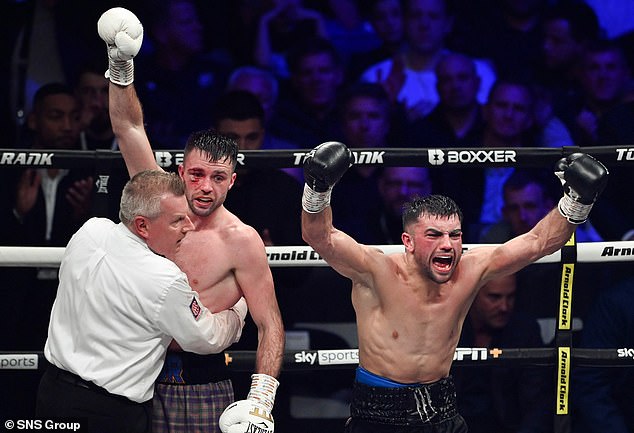 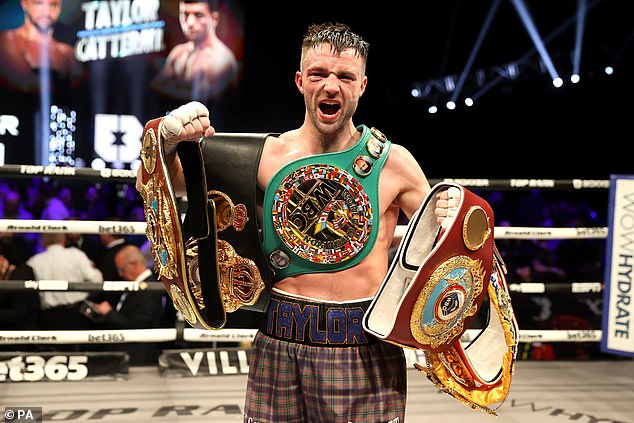 Since then, Taylor has since lost his WBA, IBF and WBC belts having been unable to fulfil his mandatory duties, instead pursuing a rematch against Catterall, which is now set for March.

No official date has yet been announced, but it seems as if the pair will finally get to settle their differences, with pride equally as important as the WBO belt on offer.

Taylor insists ‘complacency’ got the better of him last February, believing he will show his true colours in March.

If we went through every notable British fighter we’d be here for days, but there are a number of top talents well worth a mention.

Anthony Yarde will swiftly follow Eubank Jr as he takes to the ring at the end of this month. The 31-year-old takes on the widely feared and unbeaten unified light-heavyweight champion Artur Beterbiev on January 28.

Lawrence Okolie, WBO cruiserweight champion, will return to the ring after over a year out as he defends his belt against David Light in March.

Savannah Marshall, who lost to Claressa Shields last year, has activated a rematch clause and wants to fight again, this time at St James’ Park, this summer. 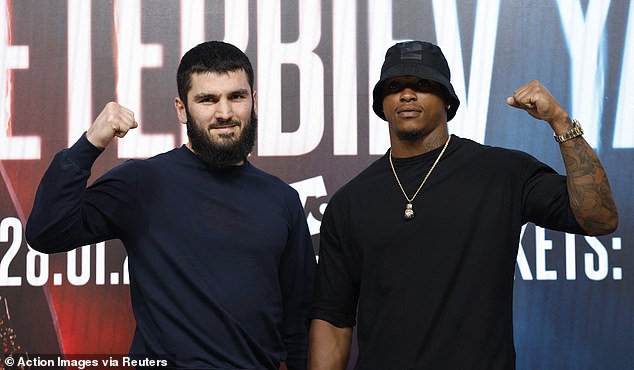 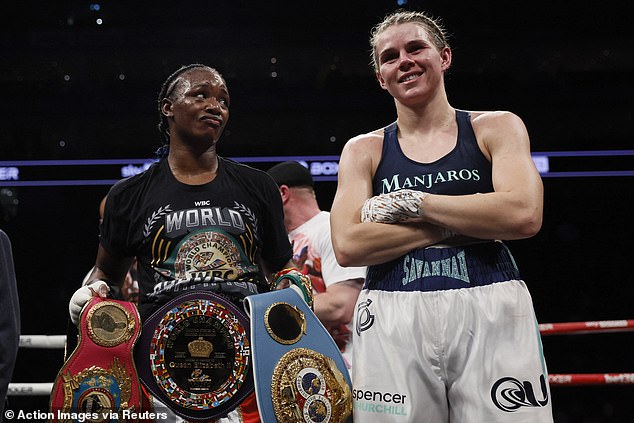 Joe Joyce has his eyes on the winner of Fury vs Usyk, being the WBO interim champion after stopping Joseph Parker last year. He will have to wait for a shot, though, and it would be surprising if he didn’t take a fight in the meantime.

Josh Warrington, despite losing to Luis Alberto Lopez late in 2022, could well have a world title fight next, coming against Wood – should the Nottingham fighter get past Lara.

Finally, Joshua Buatsi and Callum Smith – the latter of which is the mandatory to fight Beterbiev next – are linked with a potential all-British bust-up. While that’s not confirmed, we do know that Smith will be back out on March 11 in Liverpool.