British Airways’ parent company IAG has reported a loss after tax and the outbreak of Covid of 5.6 billion euros (£5.1 billion) in the first nine months of the year.

IAG chief executive Luis Gallego said coronavirus pandemic was to blame for the loss but said it was ‘exacerbated’ by ‘constantly changing’ government restrictions.

He called for a new pre-departure testing system that would release people from quarantine on arrival.

The group said: ‘The results for the nine months were significantly impacted by the outbreak of Covid-19, which has had a material impact on the global airline and travel sectors, particularly from late February 2020 onwards and with no immediate signs of recovery.’

‘These results demonstrate the negative impact of Covid-19 on our business but they’re exacerbated by constantly changing government restrictions. 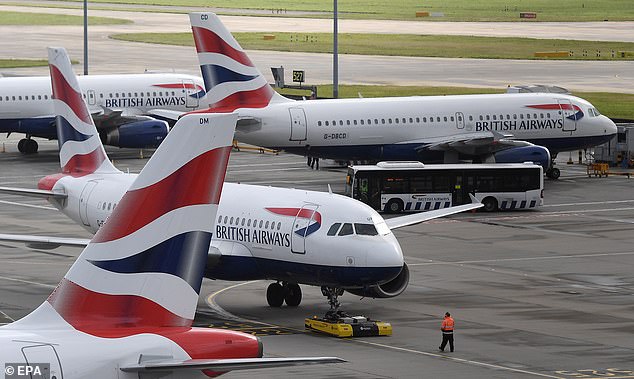 ‘This creates uncertainty for customers and makes it harder to plan our business effectively.

‘We are calling on governments to adopt pre-departure testing using reliable and affordable tests with the option of post-flight testing to release people from quarantine where they are arriving from countries with high infection rates.

‘This would open routes, stimulate economies and get people travelling with confidence. When we open routes, there is pent up demand for travel.’ 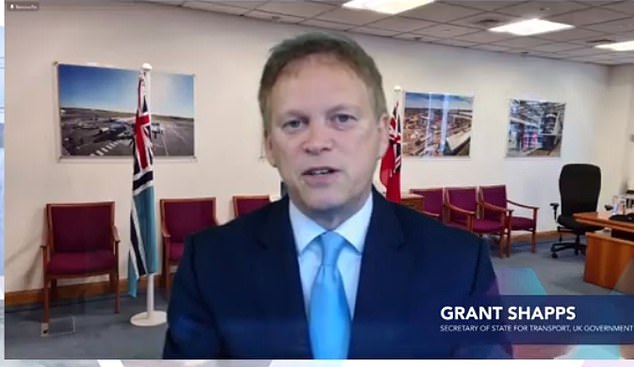 It came the day after Cyprus and Lithuania were removed from the Government’s list of travel corridors.

The change means travellers arriving in the UK from those places after 4am on Sunday must self-isolate for 14 days, Transport Secretary Grant Shapps said.

Shapps added in a post on Twitter that the Government would not be adding any countries to the UK’s list of travel corridors where Britons can travel without having to self-isolate this week.

Cyprus recorded just 91 new coronavirus cases on Tuesday while Lithuania had 413. Both totals are considerably lower than the UK figures, which showed 22,885 new cases on Tuesday.

He said the current quarantine system is having a devastating effect on tourism and business travel and called to replace it with a ‘test before flying’ system.

Speaking at the Airlines 2050 conference on October 19, he said: ‘We do not believe quarantine is the solution.

‘We believe the best way to reassure people is to introduce a reliable and affordable test before flying.’