Soaring costs endured by Britain’s retailers could prove to be a ‘permanent blow’ for the sector, new findings have warned.

While retailers fared relatively well in the first quarter, a mounting ‘tsunami’ of costs and falling consumer spending could have a negative impact on many businesses in the sector, the latest assessment by KPMG/Ipsos Retail Think Tank members suggests.

The return of full business rates, utility bill hikes and a national insurance increase will put pressure on margins, meaning some retailers may simply end up being unable to shoulder further financial burdens.

Tough times ahead: Soaring costs endured by Britain’s retailers could prove to be a ‘permanent blow’ for the sector, new findings warn

Paul Martin, head of retail at KPMG in the UK , said: ‘The retail sector has a bumpy few months ahead as cost pressures start hitting from many directions.

‘In addition to the domestic economic conditions, the conflict in Ukraine and lockdown in China is expected to lead to rising food prices, both through higher fertiliser costs and wholesale food prices, as well as increased prices of some metals and other commodities and continued supply chain issues.’

He added: ‘The two biggest areas of short-mid-term focus for UK retailers will be cost-efficiency, alongside operational resilience.

‘The next quarter could be challenging for retail with many competing priorities, although it is likely the longer we see high inflation and real household incomes falling, the greater the chance that consumer spending will also fall.

‘Whilst we expect the health of the sector fall by one point in the next quarter, Q3 and Q4 could be an even greater challenge.’

‘Our energy bill will quadruple’ 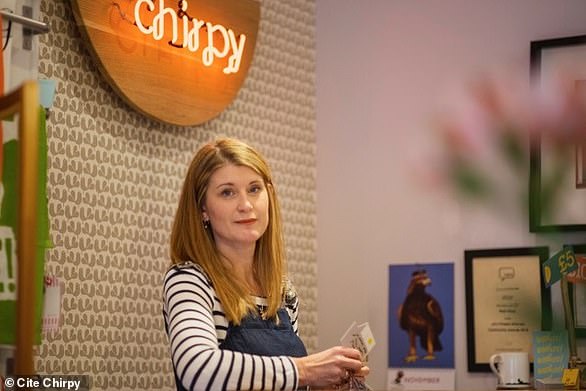 Jo McBeath is the owner of Chirpy, an independent gift shop and workshop, in Chapel Allerton, Leeds.

She told This is Money: ‘Over the last few weeks we’ve started to see prices rise from our suppliers, mainly due to the cost of raw materials rising.

‘This includes ancillary products like paper bags and other stationery supplies. The biggest rise we’ve seen is in energy bills, with our electricity bill due to quadruple.

‘As we also sell online we’ve seen an increase in the cost of postage, which will affect whether we are able to continue to offer free postage for orders over a certain amount or have to start sending second class.’

She said: ‘The decision as to how much we can pass onto our customers is a tricky one as we appreciate that our products are non-essential. We’ll try and keep our prices as steady as possible, but it’s inevitable that we will have to raise some of our prices where our suppliers have.

‘We are definitely seeing people spending less per visit. Our plea to our customers and potential new ones is to continue to shop local and support their local high streets so that they don’t lose us.’

But the nation’s retail sector fared reasonably well in the first quarter, despite ongoing challenges, the report suggests.

Reported retail sales growth over the quarter was stronger than expected, driven by non-food categories as consumers replenished wardrobes for social events and a return to the office.

Footfall increased in stores, suggesting many shoppers have been relishing the opportunity to hit the shops in person again after being forced to rely on online options during the pandemic.

Following a better-than-expected sales performance in January, demand at grocers slowed towards the end of the quarter, signalling consumer demand could be on the slide as the cost-of-living crisis takes hold. 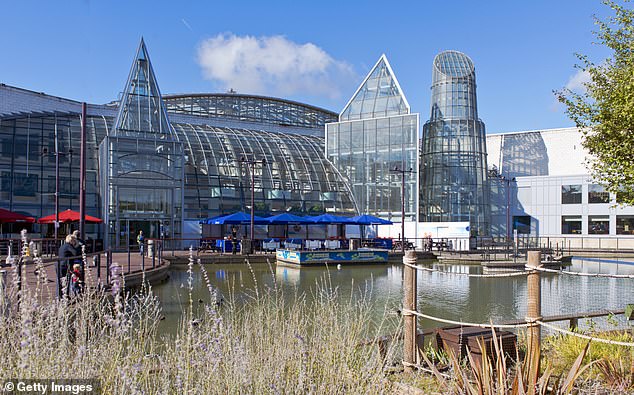 The report said: ‘Despite a rising cost agenda and flat margins, solid consumer demand saw the Retail Health Index (RHI) flat at 75 points in Q122 equalling the score recorded in Q319 – months before the pandemic hit.

‘Our raw material costs have surged’ 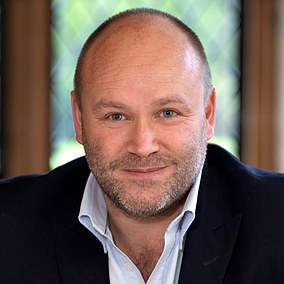 Adam Black is the founder and chief executive of Button & Sprung

Button & Sprung operates an online shop and has a showroom in Fulham, west London. All the company’s products on sale are made in the UK, and Adam has seen the cost of key raw materials, namely metal and wood, rise by around 30 per cent in the past 18 months, he told This is Money.

He added: ‘As a business, we are also subject to higher skilled labour costs due to a shortage of upholsters, which has been driven by Brexit.

‘We always want to hold our prices for as long as possible, but it is difficult as inflation in the sector is running at around 17 per cent. It is a complicated time for retailers, but we want to be transparent with our customers’, Adam said.

He added: ‘I’ve been in business for a long time, but it is unusual to be operating in an environment of such high inflation.’

Button & Sprung put its prices up for the first time in four years in April last year.

‘But the RTT predict that the health of the sector will deteriorate in the next few months as retailers are hit by a tsunami of costs and falling consumer confidence.’

Martin added: ‘Against the background of the rising cost of living , consumers continued to head to the high streets in the first quarter of the year, helping retailers to offset their own rising costs driven largely by labour, supply chain and cost of goods increases.

‘Despite the headlines, we are seeing increased footfall to bricks and mortar retailers and people are choosing to spend more time in physical retail as they continue to treat themselves following two years of restrictions.’

Experts behind the report suggest that shopper demand is not expected to drop off dramatically in the coming months, adding that some consumers will be using the savings they amassed during lockdowns or buy-now-pay-later payment options when going shopping.