UK house prices have hit a record high following a post-lockdown boom, with the average home now worth £245,747.

A newly-released report by Halifax said property prices  were 5.2% higher than the same month a year earlier and property values were up by 1.6% month on month.

But with household incomes under pressure and job loss announcements mounting, the report said it is ‘highly unlikely’ that current levels of house price growth will be sustained.

A downward pressure on house prices is expected to build in the medium term, it said.

Russell Galley, managing director, Halifax, said: ‘Annual growth now stands at 5.2%, its strongest level since late 2016, with the average price of a property tipping over £245,000 for the first time on record. 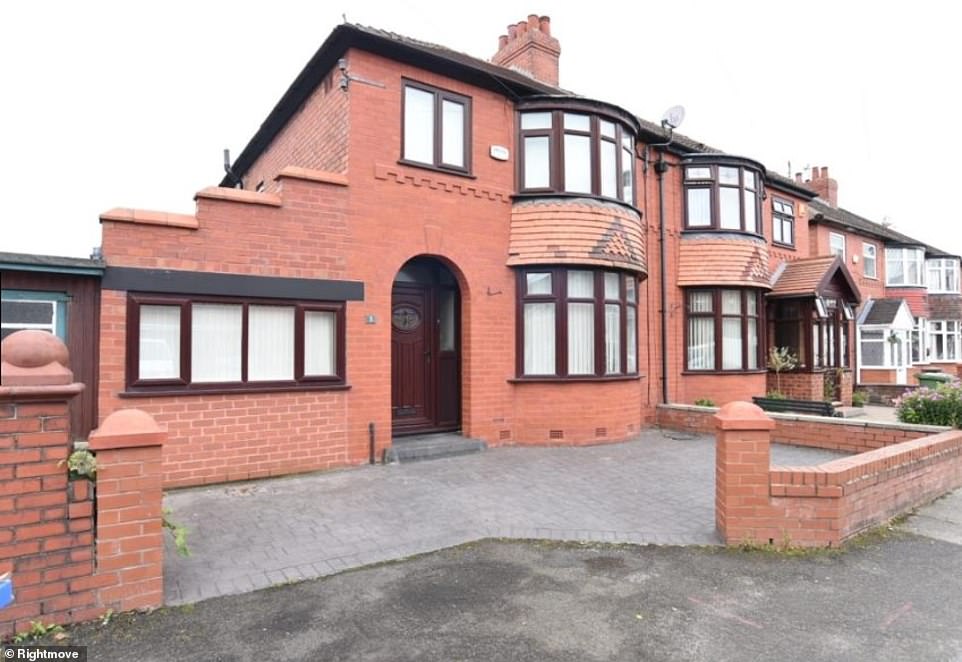 Manchester: The three-bedroom house is on sale for £245,000. The property in Denton was put on the market earlier this month

‘A surge in market activity has driven up house prices through the post-lockdown summer period, fuelled by the release of pent-up demand, a strong desire amongst some buyers to move to bigger properties, and of course the temporary cut to stamp duty.

But he added: ‘Notwithstanding the various positive factors supporting the market in the short term, it remains highly unlikely that this level of price inflation will be sustained.

‘The macroeconomic picture in the UK should become clearer over the next few months as various Government support measures come to an end, and the true scale of the impact of the pandemic on the labour market becomes apparent.

‘Rising house prices contrast with the adverse impact of the pandemic on household earnings and, with most economic commentators believing that unemployment will continue to rise, we do expect greater downward pressure on house prices in the medium term.’ 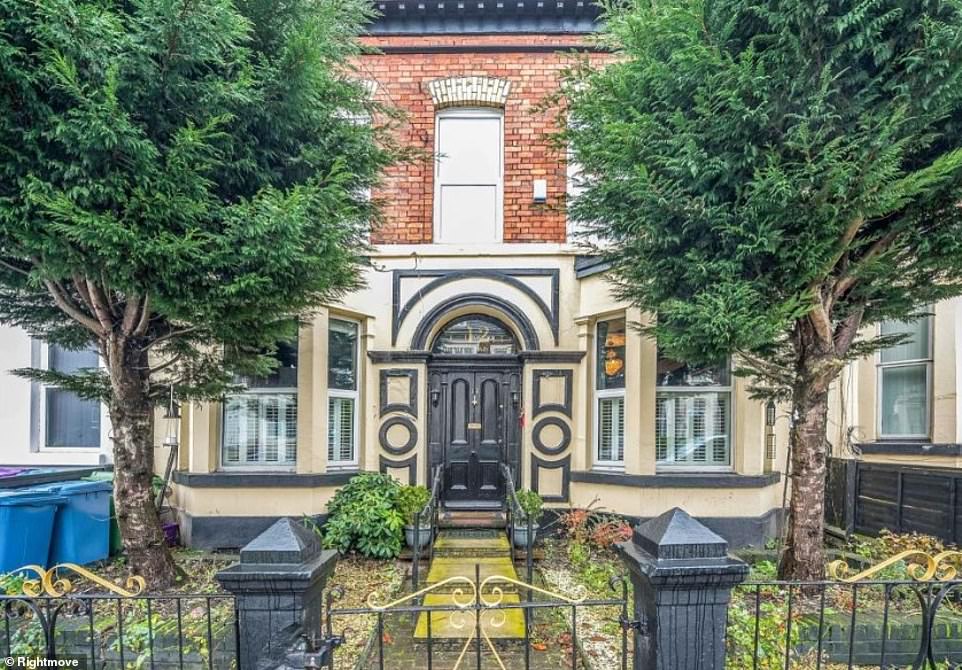 Liverpool: An eight bedroom terraced house for sale at a guide price of £240,000. The property is subject of an online auction 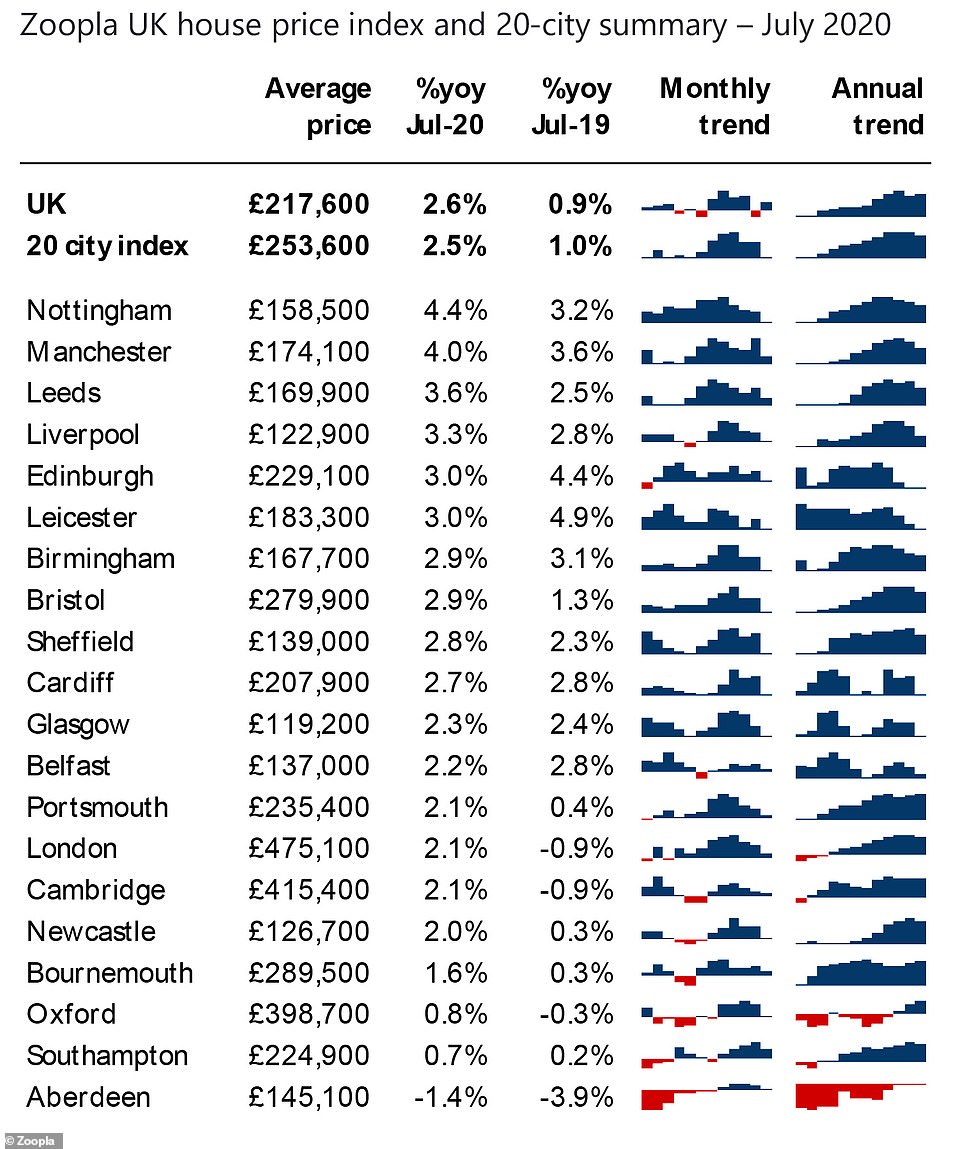 City living: Average house price shifts in cities across the UK, according to Zoopla. Aberdeen is the only city not to see a rise

Commenting on the report, Miles Robinson, head of mortgages at online mortgage broker Trussle, said: ‘We’re fast approaching the end of the furlough scheme and with it a period where the employment market could be incredibly challenging for many. As such, the demand we’re currently seeing might begin to fade.

‘In addition, large numbers of buyers are already locked out of the market. First-time buyers in particular are facing increased scrutiny from lenders, tighter criteria and a shrinking range of high loan-to-value (LTV) products. The number of 90% LTV mortgage products available has dramatically decreased.

‘Alongside this, rising house prices means first-time buyers will be getting less for their money, presenting a further hurdle to getting on to the property ladder.’

Mark Harris, chief executive of mortgage broker SPF Private Clients, said: ‘The perfect storm of pent-up demand, lockdown prompting a desire for bigger homes, and the cut to stamp duty has created a strong surge in market activity, which has carried on into this month.

‘The demand for mortgages continues to be strong as borrowers take advantage of some competitively-priced deals, particularly those with big deposits to put down. For first-time buyers, the situation is trickier, with less choice of high loan-to-value products, and advice is more crucial than ever.’

Activity in the housing market is now running at its strongest pace for over five years, with the number of newly agreed sales in August up 76 per cent against the five year average, according to firm Zoopla.

The time it takes to sell a home has shrunk from 39 days to 27 days since lockdown, compared to the same period a year ago.

There is strong demand for three-bedroom homes, which are now taking just 24 days to sell, while properties with more bedrooms in higher price brackets are also proving a hit among buyers with deeper pockets.

Looking at the country’s entire property market, it has also become apparent that more homes in wealthy areas are coming up for sale, Zoopla said.

While many buyers are looking to move to bigger homes with more outdoor space, properties in city hotspots like Manchester and Nottingham remain popular with buyers.

In Manchester, average property prices have risen by 4 per cent to £174,100 in the last year, while in Nottingham growth levels are even higher, with prices up 4.4 per cent to an average of £158,500.

Leeds, Liverpool and Edinburgh have also seen house prices swell by 3 per cent or more in the last year, but London and Cambridge take the top two spots for being home to the most expensive city house prices anywhere in the country.

Aberdeen is the only city in Zoopla’s latest findings to report a drop in house prices over the period. Average prices in the Scottish city fell by 1.4 per cent to £145,100.

In total, 16 out of the 20 cities covered by Zoopla’s research reported house price growth of 2 per cent or more. 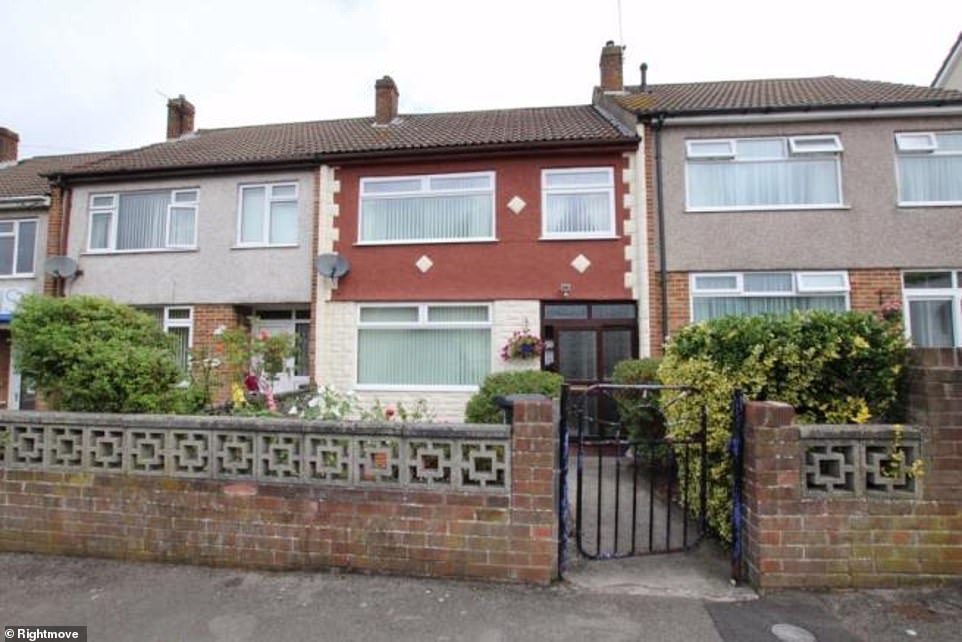 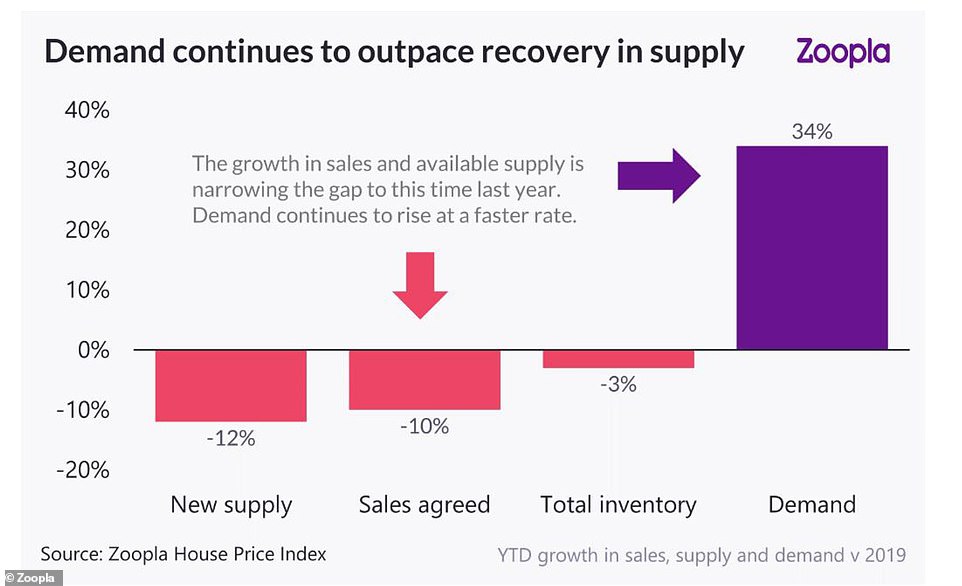 In demand: A chart showing how demand for homes in the UK continues to rise 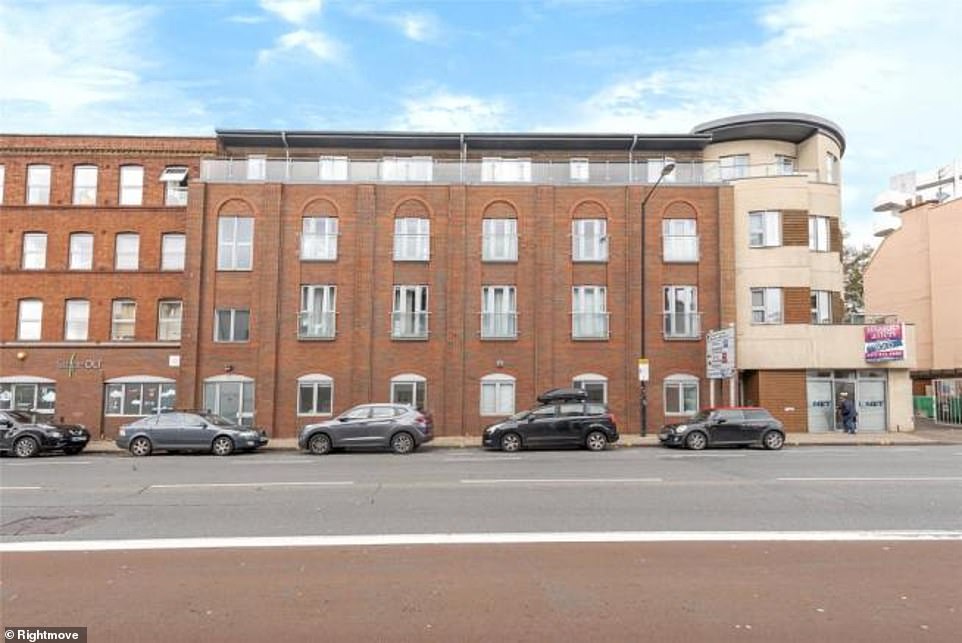 Bristol: A two-bedroom apartment in this building will cost you £240,000. Prices in Bristol have increased this year

Jeremy Leaf, a north London estate agent and a former residential chairman of the Royal Institution of Chartered Surveyors (Rics), said: ‘We have noticed that there is no real sign of change yet although our viewing-to-offer ratio has dropped a little compared with last month, which is probably more to do with the summer holiday pause than a significant market correction.’

The good news for home owners comes as first-time buyers have been hit with yet another blow after more than 1,000 low-deposit mortgage deals have vanished from the market in the past six months.

By early September, there were just 76 deals for borrowers with deposits of 10% or less, Moneyfacts.co.uk found.

Those trying to get on the property ladder also face the hurdle of rising house prices.

Moneyfacts’ findings were released as Halifax said the average UK house price hit a new record high of £245,747 in August.

Rachel Springall, a finance expert at Moneyfacts.co.uk, said: ‘First-time buyers may feel deflated to find a contraction in the market for higher LTV mortgage deals and to see property prices rise. 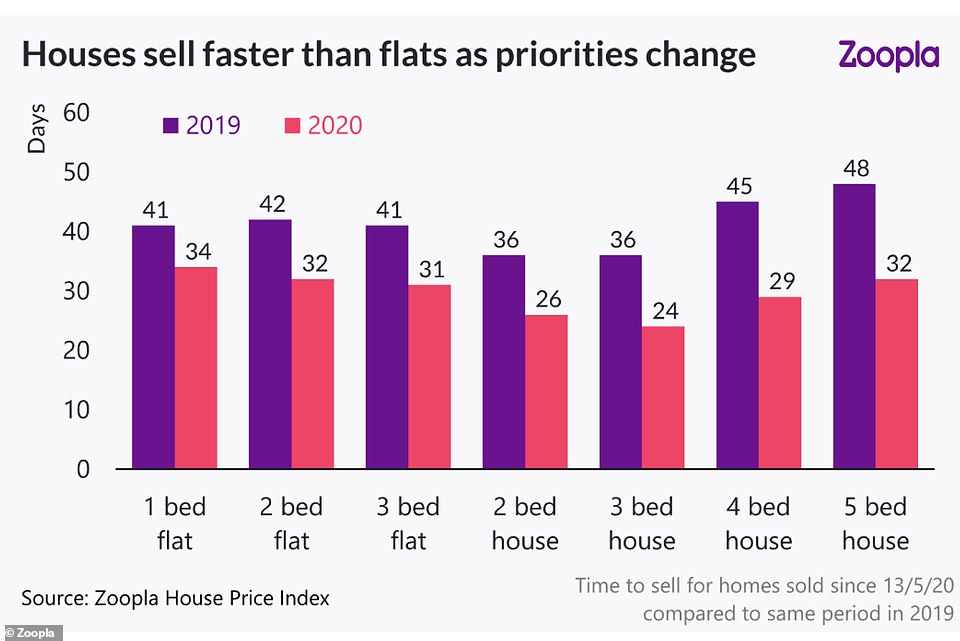 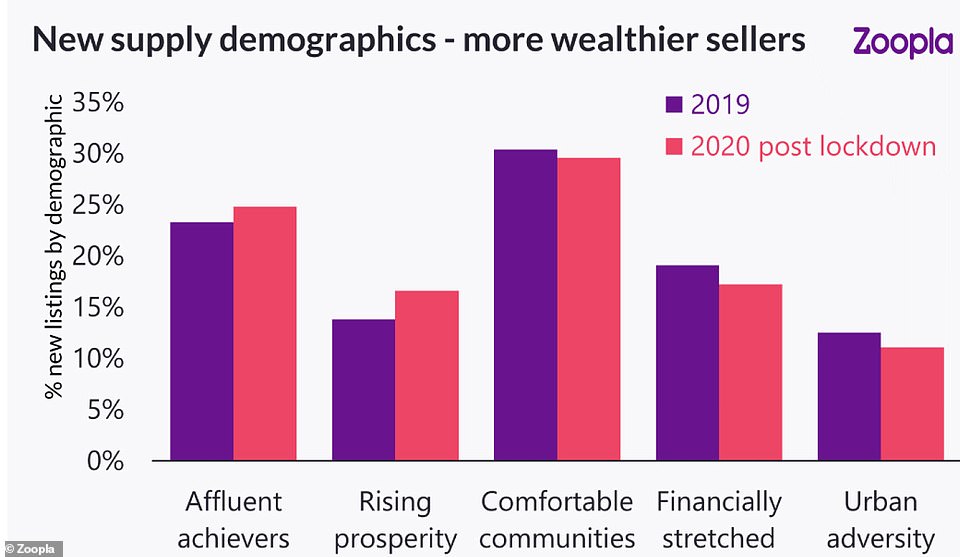 Demographic shift: The number of wealthier buyers looking for a home has increased

‘The average age for a first-time buyer is now 31, a year older than that of 10 years ago, and the average deposit has increased by a quarter (25%) over the same period.

‘Without the help from the bank of mum and dad, it would not be surprising to see some prospective buyers to put their plans on hold until more mortgage deals enter the market that they can comfortably afford.

‘Those first-time buyers who are paying rent may also be struggling to put aside a healthy portion of their disposable income towards a deposit for a home.’

Ms Springall suggested those trying to boost their chances of getting on the property ladder could consider a Lifetime Isa, which comes with a Government bonus.

Referring to the mortgage market, Ms Springall continued: ‘Until matters settle, there is no clear sign of when these deals will return to the market, and with 1,108 fewer deals available than six months ago at 90% LTV and above, it is clear to see how much choice has reduced for potential first-time buyers.

‘There are still some deals to choose from, and recently Virgin Money entered the market with 90% LTV deals, over a seven and 10-year fixed term.

‘If borrowers are adamant to get onto the property ladder right now, they could consider a guarantor or family assist mortgage. However, these may not be suitable for everyone, and not all borrowers will have family to help them get a step on the property ladder, so for many, it could be years until they amass a large enough deposit.’