House hunters battling both inflation and rapidly rising house prices may be more interested than usual in a list of Britain’s most affordable places to live.

The list, revealed by the property website Zoopla, looks at average local house prices compared to the combined income of an average two-earner household in the same location and is dominated by locations in Scotland and the North.

Top of the rankings – for the third year running – is the Durham town of Shildon, where the average house price is £71,000. The average household salary in Shildon, based on two earners, is £62,500, producing a price to earnings ratio is 1.14.

This stands in contrast to the average across Britain of double-earner households expecting to pay four times their combined salary to purchase a home in 2022.

The report highlighted how annual house price growth – as of January this year – is almost double that of annual wage growth.

Three other County Durham locations also feature in the top ten – Ferryhill, Peterlee and Trimdon Station – as buyers in these towns can expect to pay only up to 1.5 times the average two-earner household salary for a property.

Four towns in Scotland also feature, with all areas of historic Ayrshire including Stevenson, Cumnock, Girvan and – the only new entrant – Irvine making the top ten list thanks to equal steady house price and wage increases.

Cumbria’s Cleator Moor, and Egremont are also in the top ten affordable towns in Britain.

But Clydebank in Scotland had the lowest average house price of £115,700 and only a price to earnings ratio of 1.8 for potential buyers in the area, making a move to the outskirts of Glasgow relatively affordable. 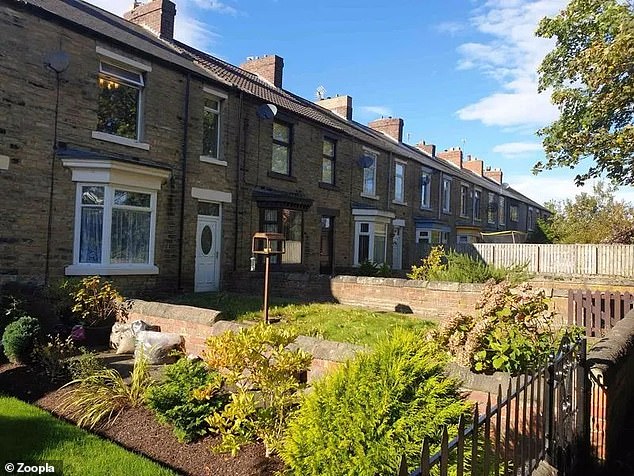 This three-bedroom house in the town of Shildon, County Durham, is for sale for £55,000 via Pattinson estate agents 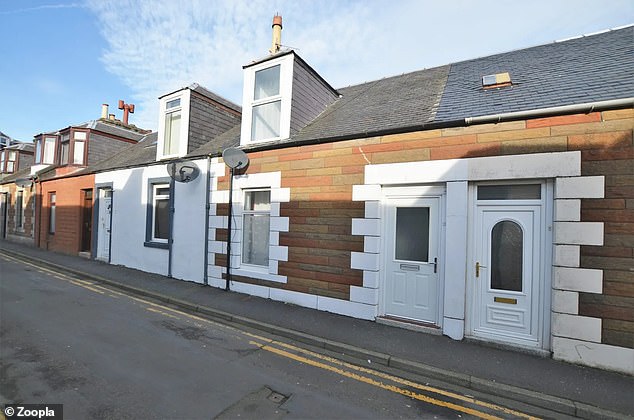 This two-bedroom terrace property in Girvan, South Ayrshire, is for sale for £84,000 via Bruach estate agents

The Covid pandemic has seen a noteable shift in buyer demand to less urban areas, in what has been dubbed a ‘race for space’, but Zoopla said major cities are bouncing back.

In London, the level of sales agreed so far this year is higher than in the first three months of 2021. And demand in Newcastle and Birmingham is up 7 per cent and 5 per cent respectively in early 2022.

Zoopla suggested that this shows the desire for city centre living has returned following several lockdowns.

There are some pockets of affordability in Britain’s major cities. In London, Barking and Dagenham and Bexley remain in the top two spots for affordability, with Croydon in joint third place with Tower Hamlets.

In these boroughs, the average cost of a home is 5.5 times the annual salary for a two-earner household average salary.

Unsurprisingly, Kensington and Chelsea and the City of Westminster remain some of the most expensive London boroughs, where buyers can expect to pay more than ten times the average two-earners’ salary to purchase a home.

However, that is still a 7 per cent improvement on affordability in Kensington compared to last year thanks to wages growing faster than house prices in the borough. 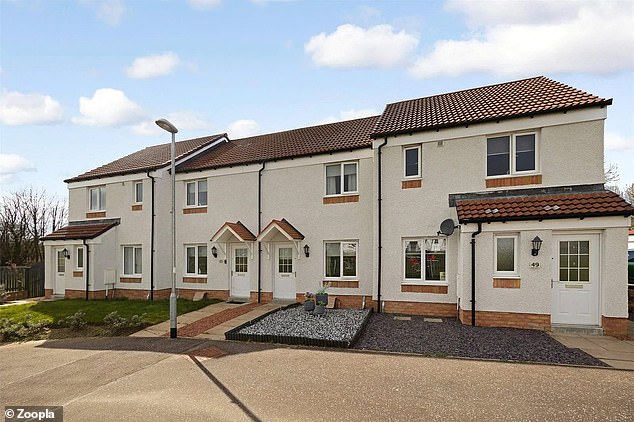 This two-bedroom house in Irvine, North Ayrshire, is for sale for £125,000 via Slater Hogg & Howison estate agents

Brierley Hill in Dudley is the most affordable Birmingham suburb where the house price to earnings ratio is 3.2 for an average house price of £194,200.

Grainne Gilmore, of Zoopla, said: ‘The cost of living crisis has meant that affordability has been pushed to the forefront of buyers’ minds this year, more than ever.

‘Once again, we are seeing that many of the most affordable areas for potential home buyers are across Scotland and the North of England which could be attractive to those still searching for the perfect post-pandemic family space.’