Competition among buyers and tenants for coastal areas is beginning to cool following frenzied activity for seaside locations during the pandemic, new data has revealed.

Several lockdowns saw homebuyers and tenants seek to get out of town and grab more space, particularly along Britain’s coastlines, causing a huge wave of demand against a backdrop of a low level of supply.

But the tide is now beginning to turn, with Rightmove claiming that some coastal areas have seen competition drop by more than 60 per cent. 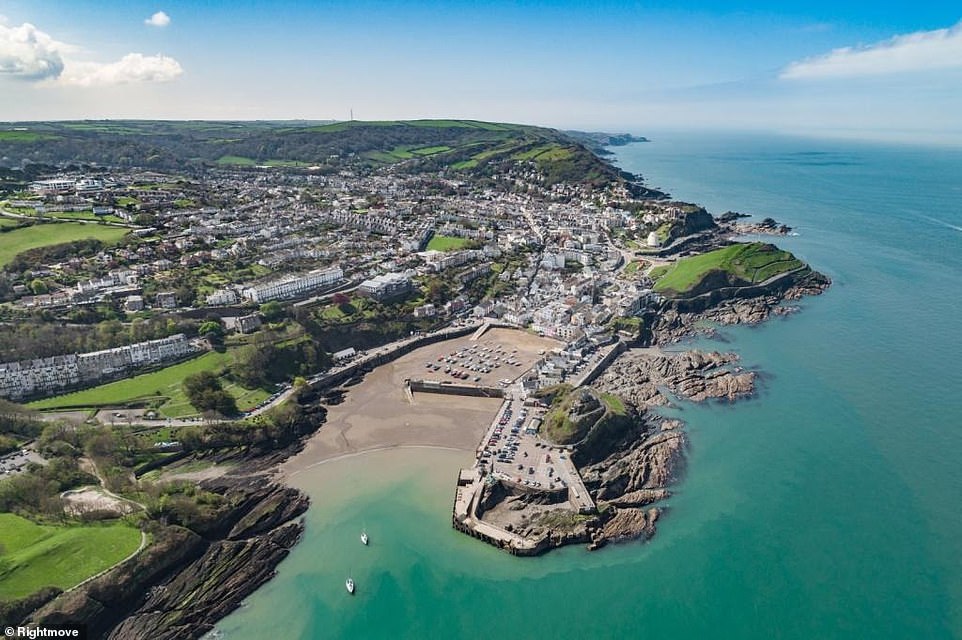 Ilfracombe, Devon, (pictured) has seen the biggest easing in competition for homebuyers, down 64 per cent in a year

The property website used its own asking price data, and defined competition as the number of buyers or tenants contacting estate agents divided by the number of properties available in an area.

It means that as demand eases and the number of available properties increases in an area, competition between buyers or tenants becomes less fierce.

Cornwall has been one of the key hotspots for people looking to move from an urban to a coastal area in the past two years.

But competition between buyers on this part of Britain is an average of 27 per cent lower than it was this time last year.

And for tenants, competition has eased by 31 per cent on average, with a 29 per cent increase in new properties to rent compared to a year ago, while demand is still up 19 per cent on last year’s levels. 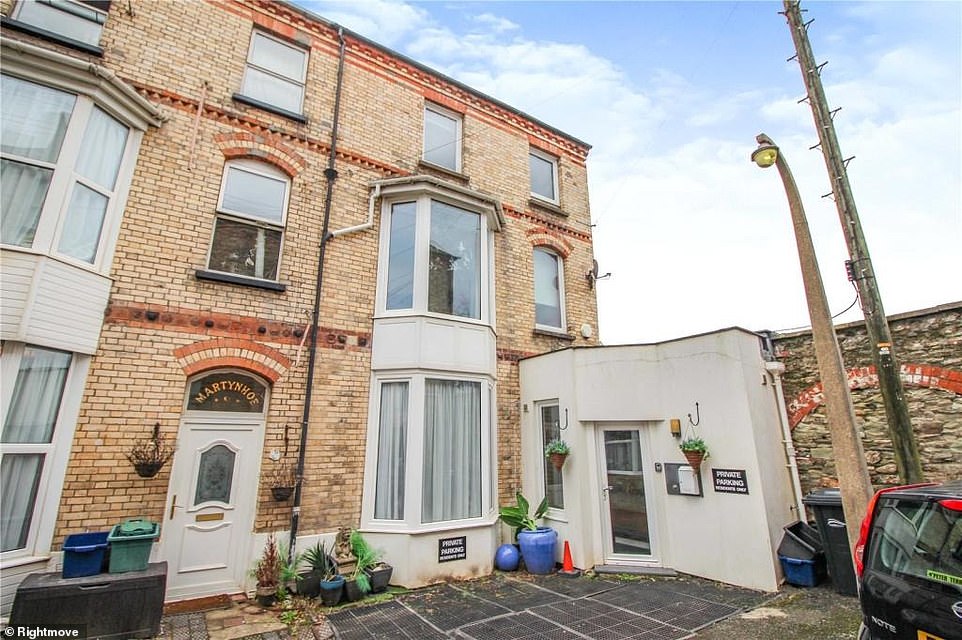 This five-bedroom end of terrace property in Ilfracombe is for sale for £285,000 via estate agents Bond Oxborough Phillips

At a local level, Ilfracombe in Devon has seen the biggest easing in competition for buyers dropping 64 per cent compared to a year ago.

Meanwhile, for tenants, the biggest easing in competition is in Hampshire’s Barton-on-Sea, which is down 77 per cent.

Across all seaside areas, competition has eased by an average of 10 per cent for buyers and 1 per cent for tenants compared to last year.

However, this easing comes after exceptional competition in coastal areas since the pandemic began.

Competition to buy a home in Cornwall is still more than twice what it was this time in 2019, , up 132 per cent, and more than three times greater for renters, up a massive 249 per cent.

In all seaside areas, competition is up an average of 135 per cent between buyers compared to 2019, and 216 per cent for tenants. 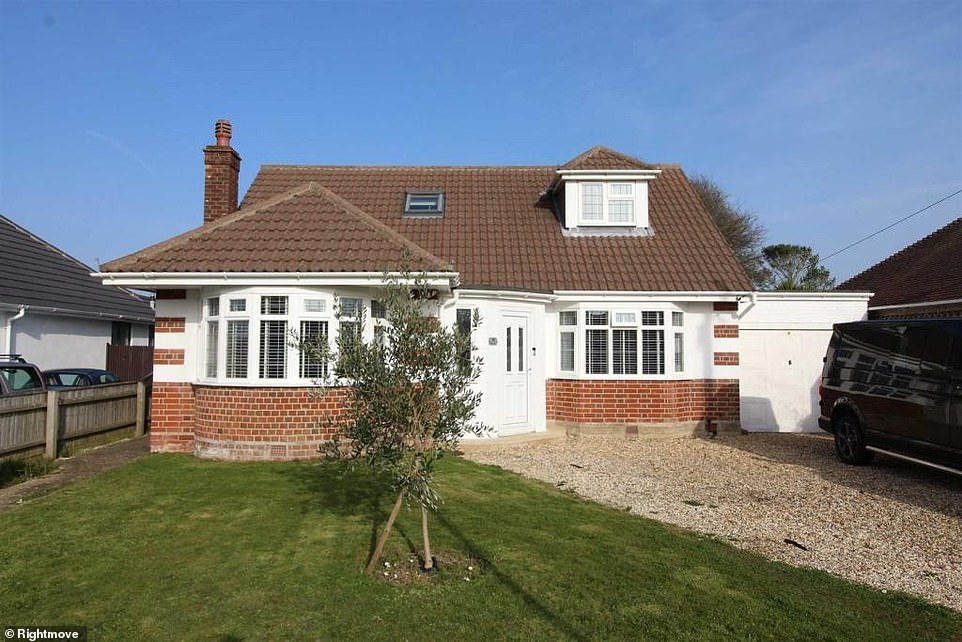 This four-bedroom detached bungalow in Barton-on-Sea is for sale for £849,950 via Pettengells estate agents

While coastal areas begin to cool, competition between buyers and renters has risen across Britain’s 50 largest cities, according to Rightmove.

It said competition has risen by an average of 13 per cent for buyers, and 29 per cent for tenants in the last year.

It explained that topping the list for buyers is Bath, which is up 49 per cent, Carlisle – which has risen 42 per cent – and Newcastle-upon-Tyne, which is up 36 per cent.

Buyer competition has increased by 35 per cent in London, Rightmove added. 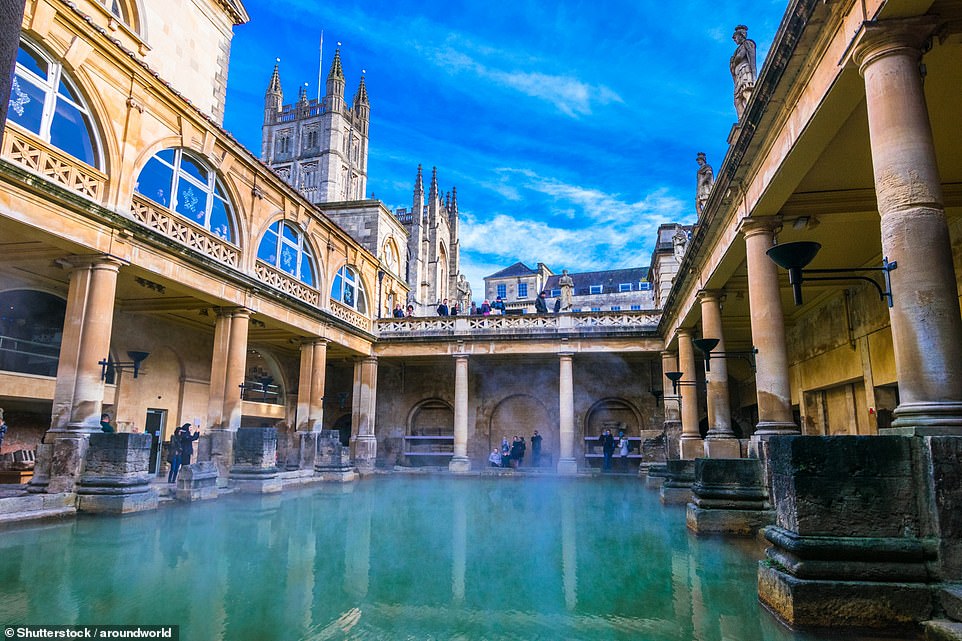 Rightmove said that the city of Bath topped the list for buyers, where competition has increased 49 per cent on a year ago

North London estate agent Jeremy Leaf said: ‘After such a long time working from home and unable to socialise during the pandemic, many people seem desperate to catch up on lost time by being in a busy, buzzing crowded environment. Restaurants, theatres, public transport and pubs in city centres all seem to be very busy again.

‘Living on the coast may be relaxing but a significant number used to being in a city full of variety and activity seem to hanker for a return to that energy. Zoom meetings with work colleagues cannot replicate face-to-face networking. The death of the city is not likely any time soon.’ 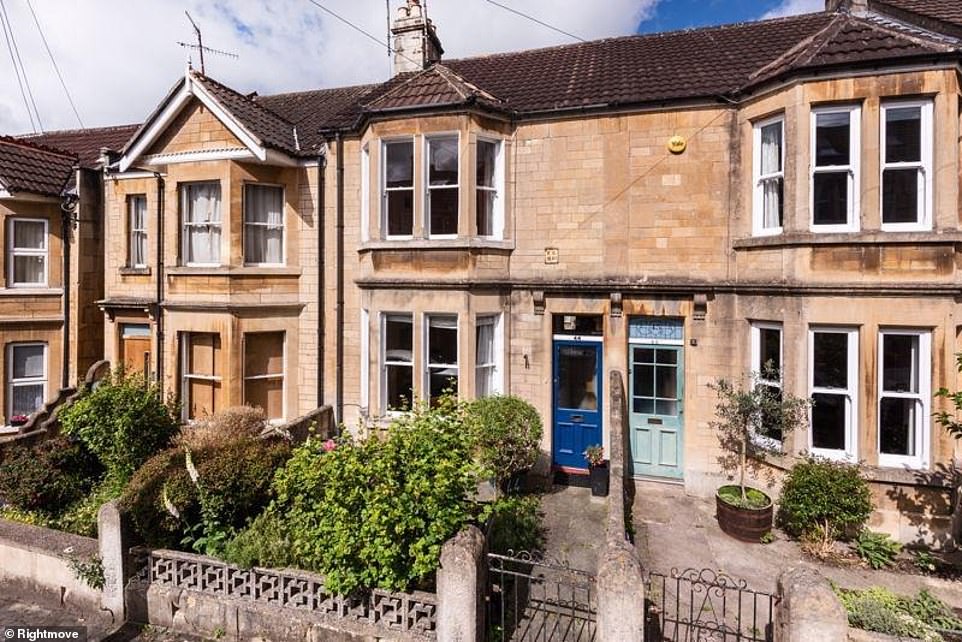 This three-bedroom terrace property in Bath is for sale for £600,000 via Fidelis estate agents

While there are signs of the market easing off in some of the past two years’ most frenetic hotspots, it remains busy compared to the market of 2019, Rightmove insisted.

On a national scale, buyer demand – measured by the total number of people contacting estate agents about available properties – is up 26 per cent compared to this time in 2019, while the number of new listings is down 11 per cent.

The market is moving at near-record speed, with the current 32 days to find a buyer being the second quickest ever, following 31 days April and 33 days in March. And the number of sales being agreed is up by 7 per cent compared to 2019.

The strength of the market means that 16 per cent fewer properties are seeing reductions in price after listing compared to 2019.

Tim Bannister, of Rightmove, said: ‘Since the market reopened at the beginning of the pandemic, there has been exceptional demand to move to coastal areas, and as the months progressed supply was increasingly unable to match demand.

‘Now, we’re seeing that though demand is still very high in many coastal areas, it has slowed from the heady levels seen in parts of 2020 and 2021.

‘We’re also seeing this on a national scale, where demand is very slowly easing compared to last year, but remains very high compared to 2019.

‘As more choice becomes available in these seaside areas, we’re seeing some of the competition between buyers and renters begin to cool off, however, no two local markets are the same, and it will take many months for supply to reach a better balance with demand in many coastal areas.’