Foreign aid chiefs have been told to improve how they manage the £4.2billion spent boosting gender equality.

Better assessment is needed of how projects to improve the lives of women and girls overseas are progressing, the Government’s spending watchdog warned.

Yegna, Ethiopia’s answer to the Spice Girls, received around £9.2million altogether from the British government, before the initiative was halted early

But in a report, it urged the Department for International Development (DfID) to improve how its vision was implemented ‘if it is to achieve its intended impact’.

The department estimates at least £4.2billion of the £14.6billion spent on foreign aid in 2018 went on bilateral programmes that targeted gender equality as a policy objective.

But the NAO said this was probably wrong because the department did not have an ‘accurate grasp’ of which projects had a gender equality focus and how much it spends on them. It found a third of schemes were wrongly classified.

The watchdog also said: ‘According to DfID, tackling social norms, such as negative attitudes within communities to girls attending school, will have the most long-term impact on tackling gender equality.

‘But it has recognised that it does not do enough of this.’ Schemes funded by DfID include £500million to give 1.5million girls access to education. In Nepal, £29.5million has gone on skills training to help women work, while in Ethiopia there is a £90million project to boost access to contraception.

Previous spending on gender equality included £4million for Yegna, Ethiopia’s version of the Spice Girls, as part of a programme to empower women.

A further £5.2million went to the all-girl pop group in 2015 for an initiative expected to run until at least 2018, but this was halted a year early.

‘However, if DfID is to achieve its ambitious aims, it needs to develop a clearer long-term plan for implementing its vision and continue to improve the accuracy and transparency of its performance information.’ 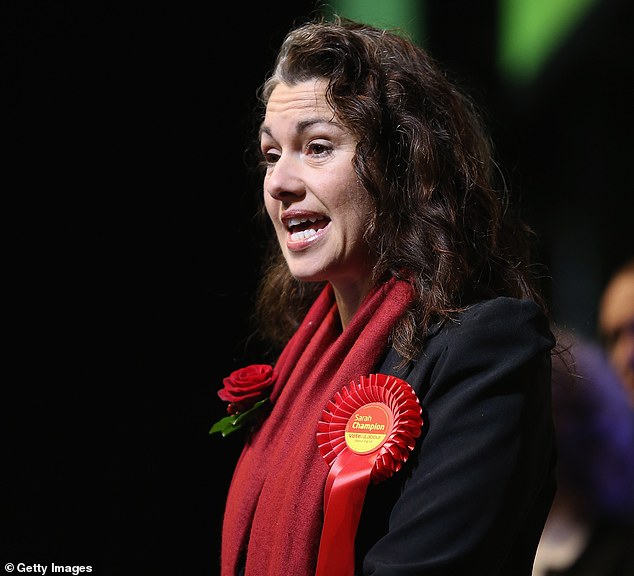 Sarah Champion, chairman of the Commons international development committee, added: ‘Taxpayers know the value of gender equality – it is both morally and economically right. DfID must show their money is being well spent.’

DfID hasn’t set milestones to check if it is on the right track. It doesn’t even have accurate information about which projects are reducing gender inequality.’

A DfID spokesman said: ‘Our evidence -based approach allows us to quickly respond to constantly changing global challenges so we can direct our life-saving support to wherever it is needed most.’