Britain is set to grant full diplomatic status to the European Union’s first ambassador to the UK, it emerged today.

João Vale de Almeida took up the role in February last year after Brexit was confirmed, but he was not given the same status as other ambassadors.

Foreign Office sources now say the move had an ‘unhealthy, chilling effect’ on talks with Brussels and discussions are taking place with the bloc to grant its ambassador full credentials, reports The Times.

Brussels previously said the EU’s 143 delegations and staff in other parts of the world had been accorded a status equivalent to countries’ embassies under the Vienna Convention, which governs the rules of international diplomacy.

Without the full protection of the Vienna Convention, diplomats do not benefit from immunity from detention, criminal jurisdiction and taxation.

It follows Mr Vale de Almeida saying that contact will continue to be made with the DUP ‘whoever the leader is’ after Arlene Foster announced her resignation as leader of the party and First Minister of Northern Ireland. 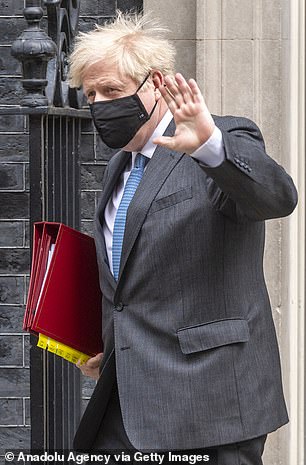 Who is João Vale de Almeida?

João Vale de Almeida became the EU’s first ambassador to the UK in February last year after Brexit was confirmed.

Born in Portugal, the 63-year-old father of two and granfather was a journalist before joining the EU commission in 1982 – when Jacques Delors was president.

He became a spokesman for the commission before being promoted to take charge of the Education and Culture directorate.

He was chief of staff to Jose Manuel Barroso for five years from 2004, before taking on a series of ambassadorial roles.

He was the first EU ambassador to the US from 2010 to 2014, launching the abortive TTIP trade negotiations.

And after that he spent five years in New York as the bloc’s ambassador to the UN.

One source told the newspaper: ‘It is a silly dispute but has had a corrosive effect.’

A senior government source added: ‘I think it will be resolved sooner rather than later.’

In January, Downing Street underlined that the bloc is ‘not a nation state’ and backed Dominic Raab over his refusal to grant full diplomatic status to the EU’s ambassador.

The PM’s spokesman had said that Mr Vale de Almeida and his team will get the ‘privileges and immunities’ necessary to do their work.

He said that the Foreign Office was ‘working with the EU’ on a long-term settlement, but added:  ‘It is a matter of fact that the EU is a collection of nations but it is not a state in its own right.’

European Commission spokesman Peter Stano previously said the UK, which, as a member of the EU, was a signature to the Lisbon Treaty which established the European External Action Service diplomatic network, was ‘well aware of the EU’s status in external relations’.

He added: ‘Nothing has changed since the UK’s exit from the European Union to justify any change in stance on the UK’s part.

‘The EU’s status in external relations and its subsequent diplomatic status is amply recognised by countries and international organisations around the world, and we expect the United Kingdom to treat the EU Delegation accordingly and without delay.’

He earlier said granting reciprocal treatment based on the Vienna Convention on Diplomatic Relations is ‘standard practice’ between equal partners and we are ‘confident that we can clear this issue with our friends in London in a satisfactory manner’. 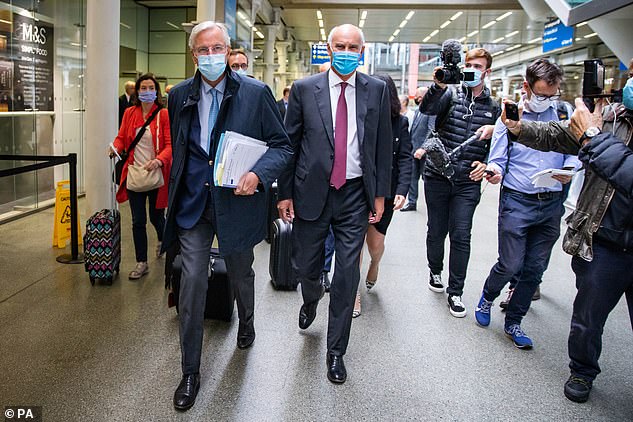 Mr Stano had added: ‘The European Union has 143 Delegations, equivalent to diplomatic missions, around the world.

‘Without exception, all host states have accepted to grant these delegations and their staff a status equivalent to that of diplomatic missions of states under the Vienna Convention on diplomatic relations, and the UK is well aware of this fact.’

The latest development comes after Mr Vale de Almeida said that discussions are still taking place and he is ‘confident that we will find a solution that is in line with international practice’.

Speaking at an Institute for Government event, he said: ‘It is about recognition. It is about respect. It is about the formalities of diplomatic life and that is an important aspect.

‘I am very hopeful that we can soon come to an understanding on how to organise this diplomatic side of our relationship. 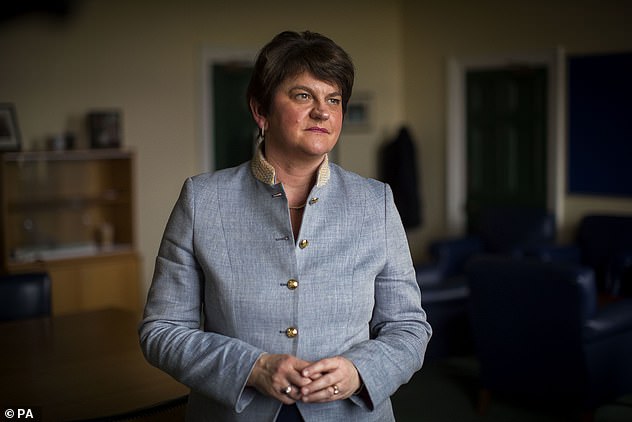 ‘Once that is the case, we will be in a better position to contribute to a constructive relationship.’

He also spoke about the prospect of Ms Foster’s resignation possible bringing new strains to the Trade and Co-operation Agreement.

The ambassador said: ‘I don’t want to interfere in the internal affairs of the United Kingdom or of Northern Ireland and, even less so, the internal matters of the DUP.

‘We have had a good dialogue and a good relationship with Arlene Foster. In different moments, she has been part of many meetings where we discussed the (Northern Ireland) protocol.’

He added: ‘I have had good contacts with the DUP leadership under different representatives, so we will continue to talk to the DUP whoever the leader is.’

Mrs Foster said she will stand down as party leader on May 28 and as First Minister at the end of June.