For the doctors and nurses battling to save the lives of desperately ill coronavirus patients, the end of a 12-hour shift finds some too exhausted to even drive home.

Others are hungry and dehydrated – once fully masked and gowned, it’s simply too time-consuming to remove their protective equipment to look after their own needs.

Then there’s the mental toll. Trained to save lives, the medics are dealing with a disease whose impact is depressingly relentless.

As never before, it is the carers who need caring for. Thankfully, across the country, help is at hand. In hospitals across Gloucestershire, for example, ‘wobble rooms’ have been set up where staff can find sanctuary.

99-year-old war veteran Captain Tom Moore, with (left to right) grandson Benji, daughter Hannah Ingram-Moore and granddaughter Georgia, at his home in Marston Moretaine, Bedfordshire, after he achieved his goal of 100 laps of his garden

‘Talk about it, don’t talk about it, shout out loud, sit quietly, say ‘I don’t know’, have a cry, smile,’ reads a poster in one of the specially fitted-out rooms.

For those overcome by exhaustion, there are pullout beds and ‘boost bags’ full of highenergy snacks, fruit and drinks.

In Wiltshire, hundreds of care packages filled with tea, coffee, treats and toiletries are given out each day to medics selflessly staying in hotels in order to prevent spreading the virus to their families.

Meanwhile, in Hertfordshire, 250 iPads have been bought to allow isolated patients to communicate with relatives banned from visiting wards. Small touches, perhaps, but all aiming to make the lives of the people on the frontline in the fight against Covid-19 that little bit more bearable.

And all funded by the generosity of the great British public and a small charity that until now few had ever heard of. Based in Warwick, NHS Charities Together has a full-time staff of three, with its most recent accounts showing an annual income of just £270,000.

This year, that figure could exceed £100million. Indeed, given the speed in which cash is pouring into its coffers – Hugh Grosvenor, The Duke of Westminster, Prince George’s godfather, donated £12.5 million from his personal fortune – there’s every chance that in the space of a month it could be transformed into one of the best-funded charities in the country.

Because it seems that everyone – from OAPs to peers of the realm – want to help it. For starters, who hasn’t heard of the heroic efforts of 99-year-old Captain Tom Moore? The World War II veteran set out to raise £1,000 by walking 100 lengths of his garden to mark his 100th birthday.

By last night nearly a million well-wishers across the world had donated around a staggering £20million. The Duke of Westminster’s donation followed a similar sum from Julia and Hans Rausing, the Tetrapak billionaire and his wife.

Others to donate include Premiership footballers and betting companies – £2.6million in losing bets from a ‘virtual’ Grand National were donated to the cause. As for individual contributions from ordinary members of the public, the sums are equally eyewatering.

On the online platform Virgin Money Giving almost £28million had last night been pledged to the NHS Charities Together Covid-19 Urgent Appeal. Taken together, it means that the charity’s fundraising effort has already raised £67million. 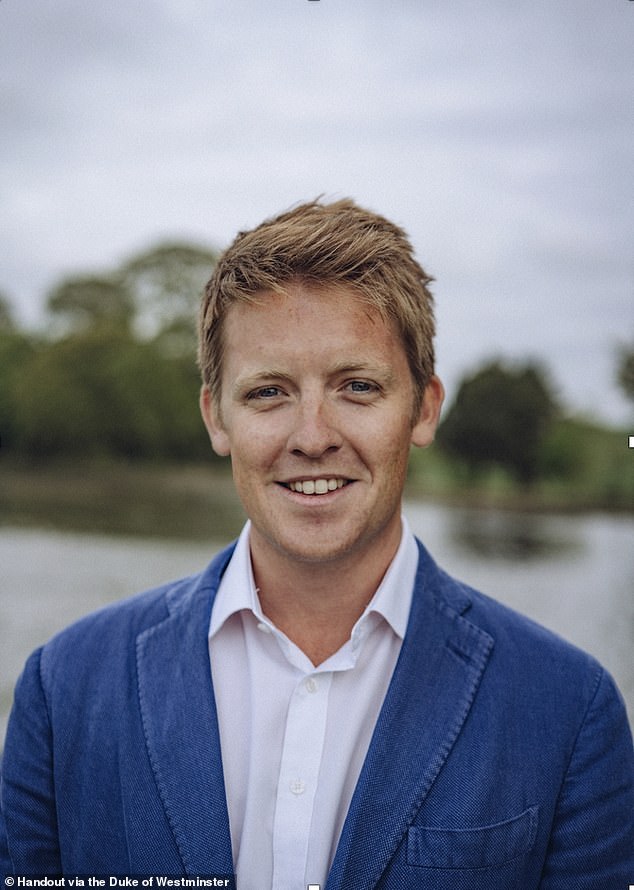 Hugh Grosvenor The Duke of Westminster who donated £12.5million to the NHS

Great news, of course, for the NHS staff and patients who will benefit from it. But at the same time, with such success comes great responsibility – and a number of pressing questions.

How will it get the money to the frontline? Why isn’t the cash being used to buy PPE for medics? And could some of the funds raised go to ensure that others – such as staff working in care homes or charities pushed to the brink by the lockdown – benefit from the nation’s generosity?

‘You can never have ‘too much’ but I think there is an issue about thinking very carefully about priorities,’ Sir Stephen Bubb, director of the Oxford Institute of Charity, told The Daily Mail last night.

‘There will be a big emphasis on the NHS charity to ensure the money is used effectively and is not used to prop-up parts of the NHS that the Government should be funding.’

Turn the clock back 75 years, and many hospitals were still funded by charitable donations. That all changed in 1948 with the establishment of the NHS – set up in part because of a belief that healthcare was a right that should be universally available, not something to be gifted by charities.

But to this day, charity continues to play an important role in the funding of hospitals. Around the country, there are several hundred so-called NHS charities linked to specific hospitals or hospital trusts. 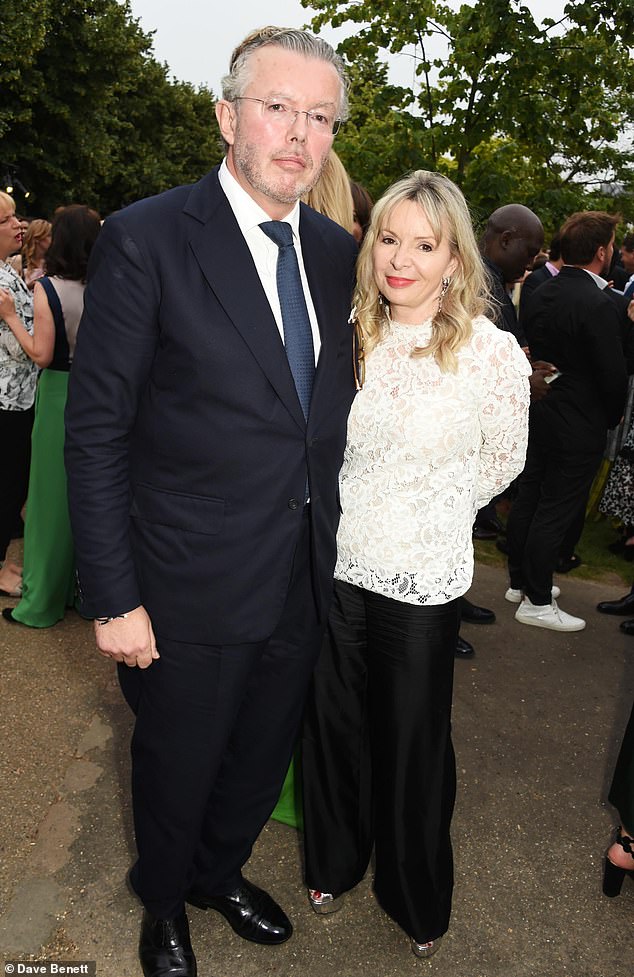 They are the legal way in which each trust can raise, manage and distribute charitable funds. The rules are clear that money raised for NHS charities cannot be spent on ‘core’ clinical services, such as paying nurses and doctors. Instead it is used to help hospitals to ‘do more’.

This may take the form of donating state-of-the art equipment, supporting research and development or just brightening up the hospital environment with a coat of fresh paint or an outside seating area.

To help support their work, the Association of NHS Charities was founded 20 years ago. Itself a charity, the umbrella organisation now counts 170 individual NHS charities from all over the UK as its members.

These include well-known names such as Great Ormond Street children’s charity, which had an income of £87.5million in 2019, as well as smaller organisations such as the Health Tree Foundation, which raised £780,00 last year for hospitals in Scunthorpe.

Collectively, the members raised over £470million in 2018 – making the group one of an elite handful of so-called ‘super-major’ charities along with the likes of Save The Children, Oxfam and Macmillan Cancer Research.

The Association of NHS Charities’ main aim over the years has been simply to help these charities by running conferences, training courses and offering advice. Its 2018 accounts reveal that it had three employees with none being paid more than £60,000 before pension contributions.

It also has an 11-strong council made up of individuals drawn from the member charities. In July 2018, the association hired a new chief executive, Ellie Orton. She had previously run a small charity in Coventry helping vulnerable and sexually exploited women in the city.

According to a biography on the charity’s website she loves ‘beaches, running and her family, including the dog’ and ‘is passionate about social change and the African philosophy of Ubuntu, which literally translates to ‘humanity’.

One of her first tasks on joining the charity was to change its name to NHS Charities Together, the aim being to raise its profile with the general public. Then came the coronavirus crisis and the launch of its Covid-19 Urgent Appeal on March 23.

According to Mrs Orton the appeal has three aims: ‘Funds are going straight to the frontline to support NHS staff, volunteers and patients impacted by Covid-19. They’re also resourcing those vital care partnerships around the hospital that enable patients to leave hospital quickly and safely and to remain out of hospital.

‘Then, finally, they will also be spent on the long-term mental health recovery of NHS staff and their families who have been caring for Covid-19 patients.’ What it very specifically will not cover is the purchase of masks, gloves and gowns – personal protective equipment, or PPE – worn by clinicians.

‘PPE is part of the core operation of the NHS and is funded by government,’ the charity explains on its website.

‘The focus of our member charities is on responding to the immediate and long-term needs of staff and volunteers outside of the core care and treatment they are providing to patients, including setting up comfortable places where they can take a much-needed rest, giving them nutritious meals and drinks, offering mental health support, and helping staff and the patients themselves to stay in touch with their loved ones.’

The funds raised by the appeal were initially focused on the 170 member charities. At the end of March each was invited to bid for a grant of up to £5,000. But as the money poured in, that cap was lifted and a decision was taken – in consultation with the Charity Commission – to give £35,000 to each member charity.

While amounting to some £6million, that is still a fraction of the total sum at its disposal. NHS Charities Together says further money is now being made available to deal with the continuing needs of frontline staff.

The sums to be handed out will be based on the number of NHS employees within each corresponding trust or health board, to ensure it is shared out fairly. ‘Next week we will be giving another £15million, so by next week we will have distributed £20million,’ said Mrs Orton, 46.

The charity is also working to ensure that hospitals whose charities are not members of the organisation can receive funds. Money is also to be spent outside of the hospital setting – something Sir Stephen says is crucial, given the strain on other charities caused by a collapse in donations due to the coronavirus crisis.

Hospices are, he says, at ‘breaking point’ due to the closure of their high street shops and the cancellation of fund-raising events, while those working with the elderly in the community are also under enormous strain.

Mrs Orton said: ‘Some of the funding will also go towards helping the vital care partnerships outside hospitals, such as hospices, community healthcare and social care.’ Finally, some of the donations will be used for the wellbeing of NHS workers dealing with coronavirus over the longer term.

The money from the Duke of Westminster, for example, is earmarked to set up a ‘family fund’ to provide respite, rehabilitation and mental health assistance to NHS staff and their families.

‘NHS staff and key workers don’t work in isolation,’ the Duke explained. ‘They have children and families whose health and wellbeing will also be highly impacted by this crisis.

As they keep us safe, I want to help provide as much support to them and their families as we can.’ These funds will help pay for counselling services and other support services for NHS staff and others affected by the coronavirus crisis.

Many of these will be provided by other charities. Again, it will be left to the individual NHS charities to oversee that. NHS Charities Together acknowledges that there is likely to be a delay before all the money pledged online can be passed on.

Pledges made through donation platforms can take up to a week or more to appear as cleared funds. Grants are then authorised weekly, which triggers a payment of funds into each NHS member charity bank account, with the bank transfers taking two working days.

The charity has taken on extra staff to handle the financial side of things and it is also receiving extensive fundraising and administrative support from its members. ‘We now have £67million in funds that are committed,’ says Mrs Orton.

‘We have done this in less than four weeks. Did I think we would be at nearly £70million in that time? Honestly? No. We didn’t set a target when we started because we knew that most of the country didn’t know about NHS charities.

In fact we did research in 2018 that showed that two out of three people didn’t even understand what an NHS charity was.’

Thanks to Captain Tom and others like him, it is safe to say that they do now.