Fans across the country are crowding around their TVs and packing the pubs to cheer on Emma Raducanu in the US Open final.

The British star, 18, hopes to make history by becoming the first ever qualifier to win a Grand Slam and the first British woman to take home a title in 44 years.

The tennis ace, who won the first set of a thrilling final against Leylah Fernandez, was hailed as a role model and inspiration at a viewing party held at her home tennis club in Beckenham. 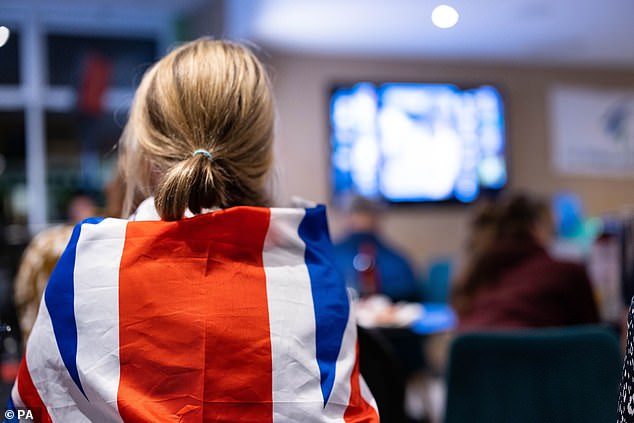 The British star, 18, hopes to make history by becoming the first ever qualifier to win a Grand Slam and the first British woman to take home a title in 44 years 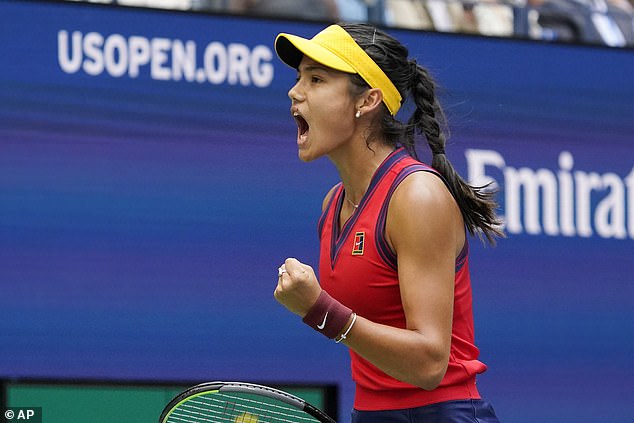 Raducanu played at Parklangley Club in Beckenham, south-east London, from the age of six, and the viewing party was crammed with friends and admirers.

Those watching were optimistic, with cheers and applause erupting every time Raducanu won a point, and even louder when she took the lead.

There were so many people at the Parklangley Club that half had to stand, but everyone was on their feet shouting and hugging as Raducanu took the first set.

Suzanne Williams, her former strength and conditioning coach, said: ‘It’s absolutely incredible just to see her develop and become this player when I knew her when she was so young, from 8-12 years old.

‘Of course you could see there was some incredible potential there but to see her on the screen in this environment is incredible.’

She added: ‘For girls to know that it’s in their reach, because they’re at the same place she was, it doesn’t feel too far removed from them, it’s just incredible for them to get this role model.’

Harry Bushnell, who coached her from the age of six to ten, said: ‘As a coach, you want to coach someone that goes all the way so it’s my first time of being involved in anybody that’s gotten this far and it’s an amazing feeling.’

Speaking about the media pressure that Raducanu has been under since her performance at Wimbledon, he said: ‘I just am obviously very protective of her, but I know she views pressure as a privilege. 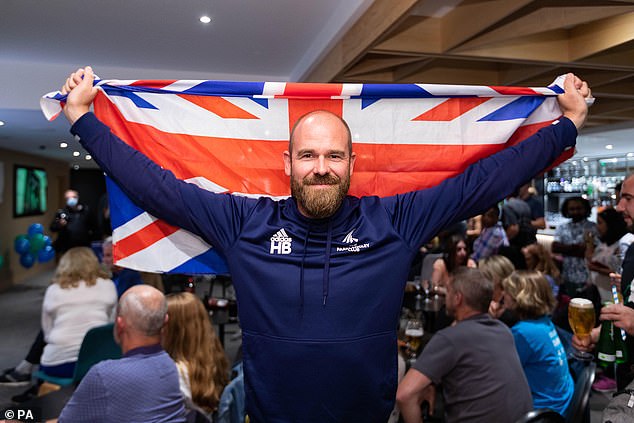 Harry Bushnell, who coached the starlet from the age of six to ten, said he is very protective of the young ace 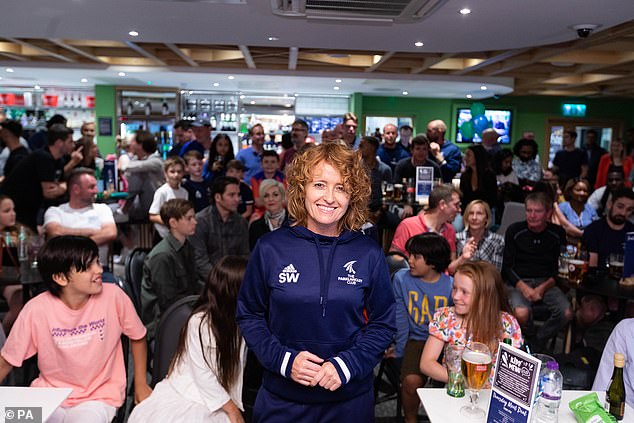 Suzanne Williams, her former strength and conditioning coach, said it is ‘incredible’ for young girls to have Raducanu as a role model 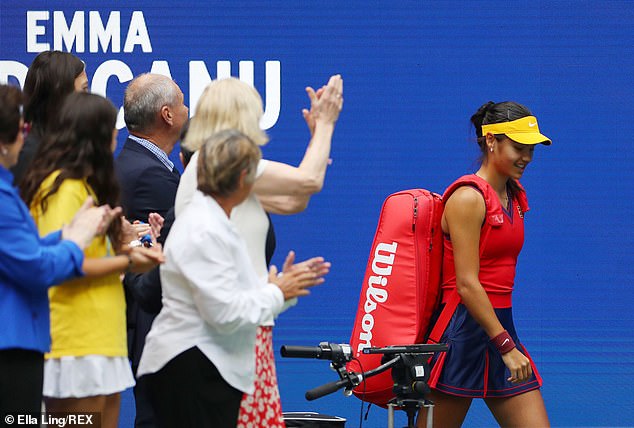 ‘I think she conducts herself really well I know that she got a bit of stick at Wimbledon with the way that ended but I was always confident that she would go away from that, dust herself off and come back stronger.’

On the line for the 18-year-old is a prize cheque for £1.8million – more than eight times Raducanu’s current career earnings – as well as 2,000 ranking points, which would move the teenager up from her current standing of 150 to 23.

TV presenter Gary Lineker begged Emma Radacanu to win the second set of the US Open final quickly so that people would be able to watch Match Of The Day.

He tweeted: ‘Come on @EmmaRaducanu. Fantastic first set. Please try and win the 2nd set so we can all concentrate on @BBCMOTD.’

Earlier, Manchester United star Marcus Rashford asked for the programme to be moved back to allow people to finish watching the tennis.

‘Do us a favour @GaryLineker push it back the tennis is on…’ he wrote.

Speaking just before walking on court, Raducanu said: ‘The time has flown here in New York. I’ve just been taking it one match at a time and it has got me to the final.

‘I’m going to go out there and enjoy it today. It’s so exciting in my second grand slam to be in the final. I can’t really believe it but I can’t wait to get stuck in. I’m sure the crowd will be great so it will be a really positive experience.’ 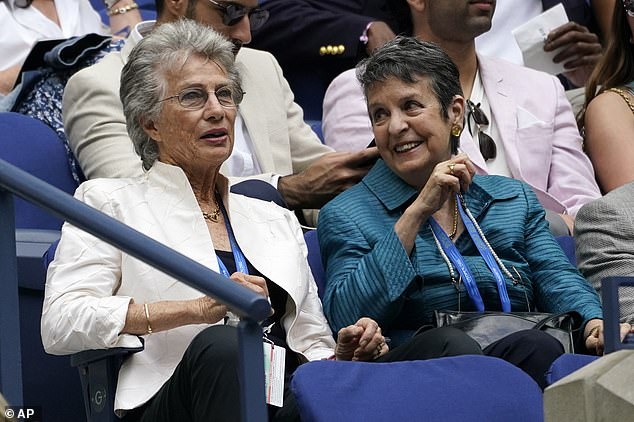 Former British professional tennis player, Viginia Wade, left, waits for play between Emma Raducanu, of Britain, and Leylah Fernandez, of Canada. Raducau is hoping to make history as the first British woman to win a major since Ms Wade at Wimbledon 44 years ago. 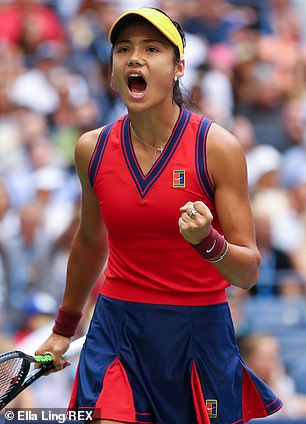 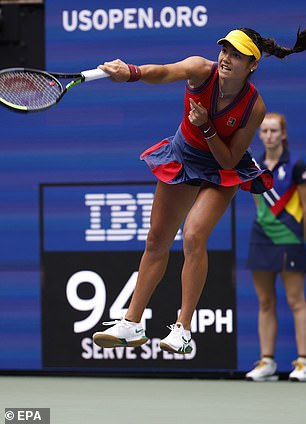 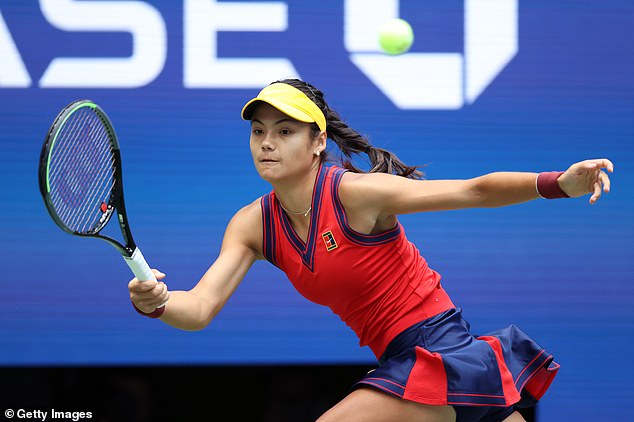 Canadian Fernandez, 19, is also an unexpected finalist and her giant-killing run has included victories over former champions Naomi Osaka and Angelique Kerber and top-five seeds Aryna Sabalenka and Elina Svitolina.

She said: ‘It’s been incredible. I’ve been having a lot of fun on court, I’ve been playing well and I can’t wait for the finals today. I think we’re just going to go out there and have fun. We’ve both been playing incredibly well.’

Raducanu is being backed by millions back in the UK after she won widespread praise for her semi-final performance, including from the Duke and Duchess of Cambridge, Prime Minister Boris Johnson and footballer Marcus Rashford.

The match is being shown live on Channel 4 after a last-minute deal said to be worth £30 million was struck with Amazon amid feverish anticipation among the tennis-loving British public.