EXPRESS INFORMER > Travel > Britain at its best: Exploring the remarkable city of Wakefield – the art and soul of Yorkshire

Britain at its best: Exploring the remarkable city of Wakefield – the art and soul of Yorkshire

By Clive Aslet For The Daily Mail

Culture? What culture? That’s often how people react upon hearing that some benighted town has put itself forward to be a City of Culture — but Wakefield is different.

This former centre of weaving has a long heritage, as evidenced by the 14th-century chantry chapel beside the medieval bridge over the River Calder.

In the 1980s, the community was knocked sideways by the closure of the Yorkshire mines — but it has since made a name for itself thanks to its outstanding museums. One of them, the National Coal Mining Museum, is staffed by former miners, each with a story to tell.

Imposing: The largely Victorian Wakefield Cathedral in the centre of the city

A blue plaque placed by the Wakefield Civic Society marks the modest Victorian terrace house in Duke of York Street where the abstract sculptor Dame Barbara Hepworth was born in 1903.

At the outbreak of World War II, she moved to the artists’ colony of St Ives in Cornwall and never left. But Wakefield still claims her as its own and a museum celebrating her work, The Hepworth, opened in 2011. Designed by David Chipperfield, this is worth visiting for the architecture alone: strategically placed windows give views of the Calder and there is hardly a right angle in the place.

The tenth anniversary exhibition, on display until February 2022, cannot be missed. It’s the largest collection of the artist’s work to be shown since her death in 1975.

Then there is the Yorkshire Sculpture Park in West Bretton. Fortify yourself with a lunch at The Weston, the latest of the park’s restaurants, which was shortlisted for the Royal Institute of British Architects (RIBA) Stirling Prize when it opened in 2019.

You may be pleased you did, as the grounds cover 500 acres and the number and style of the sculptures in them is dizzying. Wandering among gigantic flayed figures by Damien Hirst and a dry stone wall enclosure by Andy Goldsworthy is a flock of sheep. 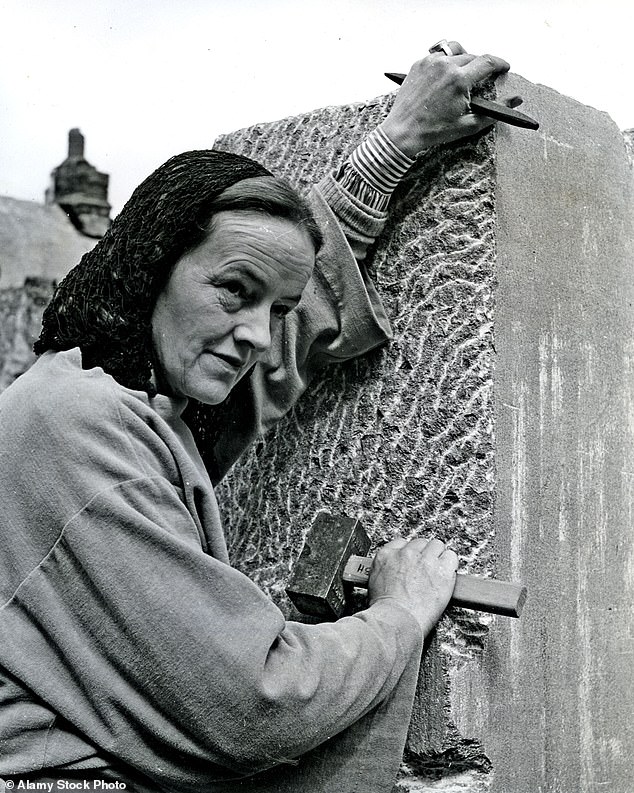 Pictured above is abstract sculptor Dame Barbara Hepworth, who was born in Wakefield in 1903 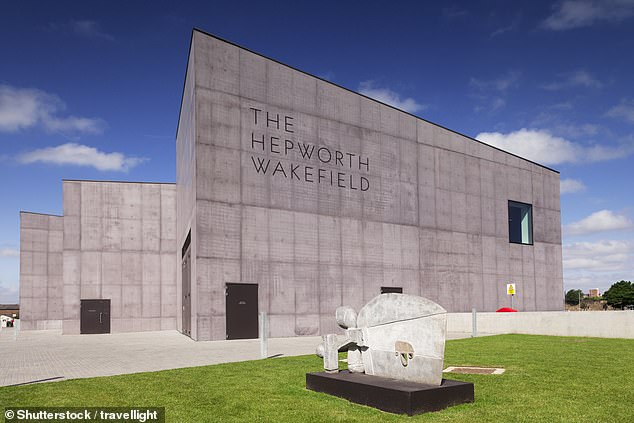 Clive Aslet says The Hepworth, opened in 2011, ‘is worth visiting for the architecture alone’

The sheep are always there, providing a sense of scale if sometimes worrying the conservators, but today they are painted with figures, generating random numbers as they walk. It’s part of an installation by the artist Kate Daudy and the Nobel-prize-winning physicist Sir Kostya Novoselov (famous for isolating one-atom-thick graphene).

It’s mentally challenging stuff, and afterwards I just wanted to lie down and look at the sky overhead: fortunately there is somewhere to do this — James Turrell’s Skyscape, created out of an old deer shelter.

Further delight will come when the international art dealers Hauser and Wirth’s Artfarm turn Bretton Hall into a hotel, but until then there’s Waterton Park Hotel. 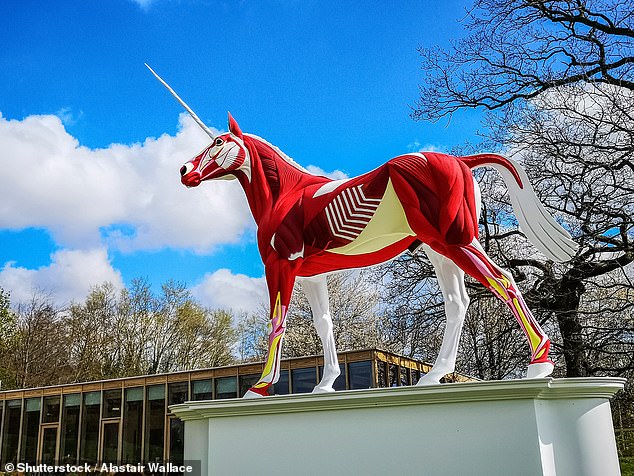 Damien Hirst’s ‘Myth’ sculpture, above, is exhibited at the Yorkshire Sculpture Park in West Bretton

In the early 19th century, Charles Waterton built a 9ft wall around his estate to protect the wildlife, making it the country’s first nature reserve, as Sir David Attenborough called it. Waterton sued a nearby polluting soap works, forcing the owners to move their factory, too.

Waterton is the subject of an enchanting exhibition at the Wakefield Museum, where his letters and diaries are interpreted through paper sculptures and a witty animation — products of Wakefield’s creative community.

In the city centre, with its largely Victorian cathedral, you can eat vegetarian Abyssinian food at Corarima — fully booked when I tried. Alternatively, a cocktail and tapas at the lively Qubana, sited in an old bank building, may be just what you need after a day exploring this remarkable city.