BRIT WATCH: Harriet Dart is swept aside on Rod Laver Arena by Polish star Iga Swiatek as she crashed out 6-3, 6-0 to No 7 seed at the Australian Open

Iga Swiatek won 11 games in a row to defeat Britain’s Harriet Dart in the first round of the Australian Open.

She suffered the dreaded double bagel against Maria Sharapova in 2019 before a much better performance against Simona Halep the following year. 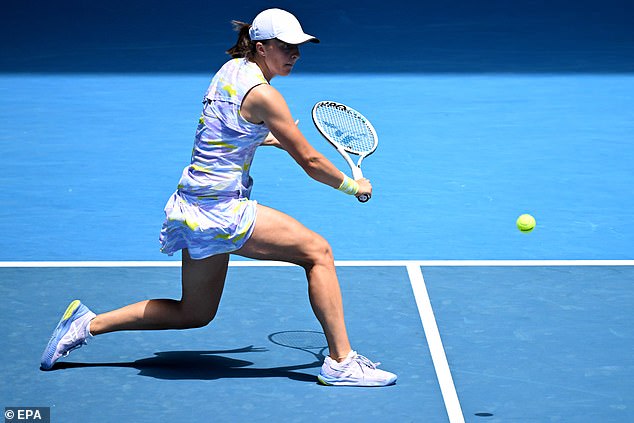 Dart, ranked 123, made a good start against seventh seed Swiatek, leading 3-1, but the Pole began to cut out the errors and, despite not doing too much wrong in the second set, the British number three failed to win another game.

‘First rounds are always tricky and with the sun out on the other side it was pretty hard to serve,’ Swiatek said afterwards.

‘I told myself to be patient. I had this faith in myself that I would find a rhythm somehow.

‘It is hard to achieve perfection and there is going to be mistakes like today at the beginning of the match.

‘Normally I get really angry about that but now I’m focused on finding solutions and working on technical stuff.’ 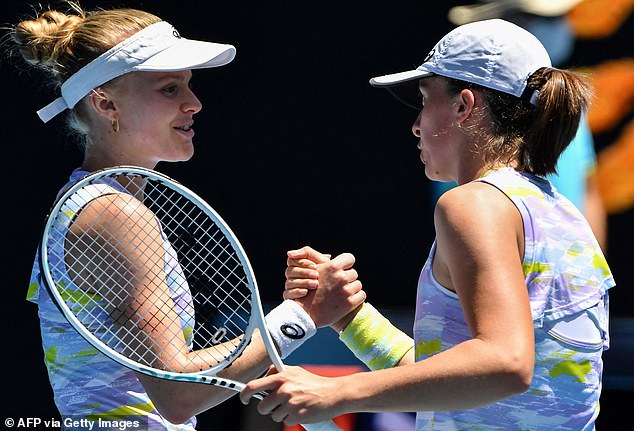 Dart (left) was on the main arena for the third time in recent years, but it was a similar story