Viral sensation Jackie Weaver left fans open-mouthed as she kicked off this year’s Brit Awards alongside the stars from Line of Duty.

The clerk, from Handforth, joined AC-12’s very own Steve Arnott and Kate Fleming, played by actors Martin Compston and Vicky McCLure, and host Jack Whitehall to open the music award ceremony in a special Line Of Duty sketch.

The comical scenes come just months after Ms Weaver turned into an overnight sensation and earned plaudits across the country for the way she handled her fellow parishioners at Handforth Parish Council in the sleepy Cheshire town.

The special appearance, which was held over a Zoom video call, saw actor Martin Compston tell Jack Whitehall it was ‘time to roll out the big guns’ before Jack Whitehall replied: ‘Mother of god, we’re bringing on the gaffer!’

Just seconds later, Ms Weaver, appeared on screen to say: ‘Right, shall we bring this Brit Awards to order?’ 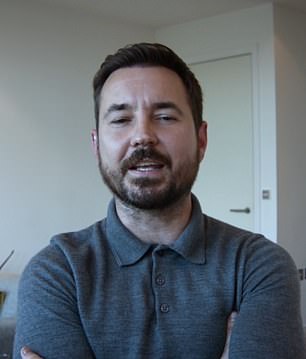 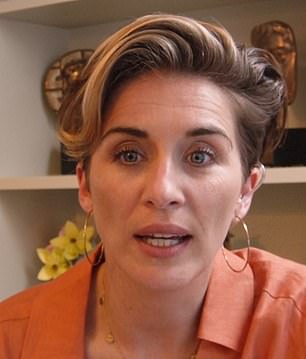 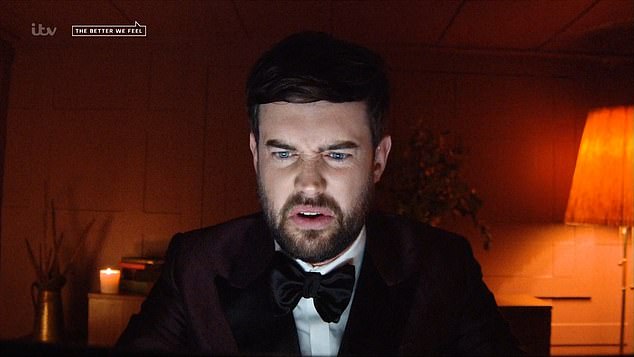 However Whitehall appeared confused and went on to ask the clerk from Handforth: ‘Who the hell are you?’

Ms Weaver then went on to clarify: ‘I’m your worst nightmare. Now listen up you little twerp, if you don’t get on with this then I’ll kick you off.’

As the skit unfolded, Whitehall went on to tell the clerk: ‘Jackie Weaver you have no authority here. Read the standing orders! Read them and understand them! Jackie don’t you dare!’

The host was then swiftly removed from the video call by Ms Weaver in scenes that were reminiscent of the Handforth Parish Zoom call on December 10 – which saw Chairman Brian Tolver kicked out of the call.

Following the comical scenes, viewers took to social media to applaud the skit, with one calling the creation ‘amazing’.

One user wrote: ‘We don’t deserve you Jackie Weaver.’

While another commented: ‘You were brilliant Jackie Weaver. Made me laugh out loud woop (sic).’

And other fan wrote: ‘Jackie, your were amazing.’

Elsewhere another viewer said: ‘That was so fabulous. Good job, and you looked very glam.’ 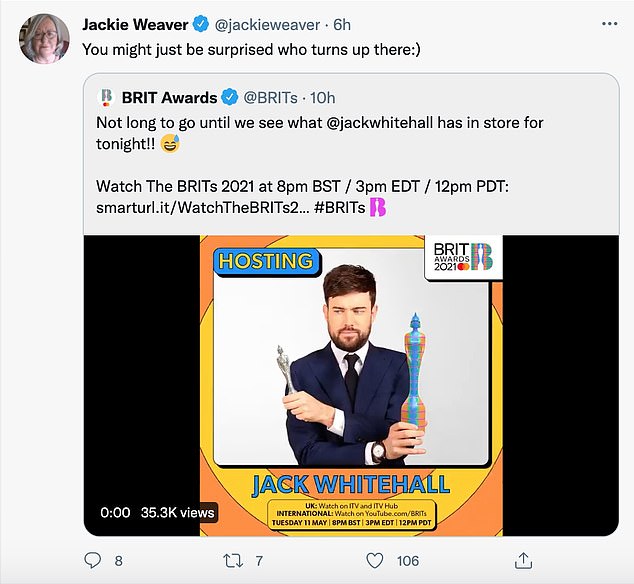 Viewers took to social media to applaud the scene, with one calling the comical skit ‘amazing’

Earlier this month, Ms Weaver hinted that she might be swapping her Zoom parish council meetings for the Strictly Come Dancing dance floor.

Appearing on BBC Breakfast, the clerk struggled to keep a straight face as she discussed working with Strictly Come Dancing star Anton Du Beck on a new podcast, before being pressed as to whether she would appear on the programme.

Ms Weaver went on to say: ‘This is the month of politics. No politician gives a direct answer to the question.’

She had appeared on the show to discuss her new agony aunt podcast, stating: ‘It’s a bit of light relief from elections.

‘It was something I’d never considered doing before. I’d never seen myself as particularly funny.’ 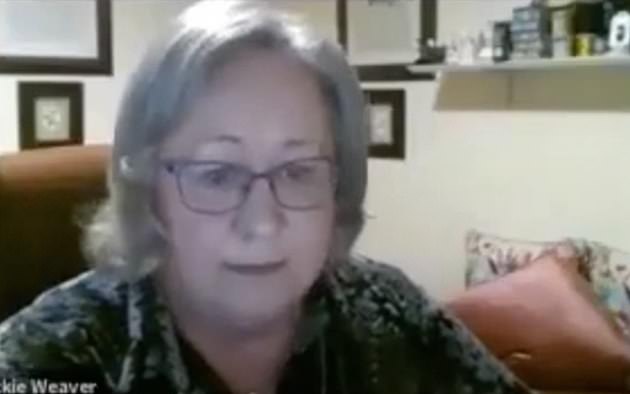 She continued: ‘The podcast has allowed me to have wonderfully amazing conversations with people.

‘I’m so humbled by people like Anton Du Beke and Tom Allen who have come on to be partner agony aunts.’

Ms Weaver added that the podcast would ‘stay topical’ and focus on ‘important issues in life’, adding: ‘One question Anton and I agonised over is what is the best dance to outrun the zombie apocalypse. A difficult question but we had it.’