Bristol University is latest to lock down with 300 students confined to halls after 40 test positive – as rising cases over 80 campuses soar to 5,000

Bristol University has ordered 300 students to self-isolate in their flats after a flurry of 40 coronavirus cases at one hall of residence.

Everyone living in The Courtrooms accommodation must ‘only socialise with those in their living circle from this afternoon’.

The University said it was a precautionary step but warned students it would take disciplinary action such as handing down fines if the rules were breached.

Students today were seen pressed up against the windows of their halls, some of which were plastered with sticky notes spelling out ‘help’ and ‘SOS’.

Bristol revealed that 254 of its students and three of its staff have tested positive. All three staff have been working from home and have not been on campus. 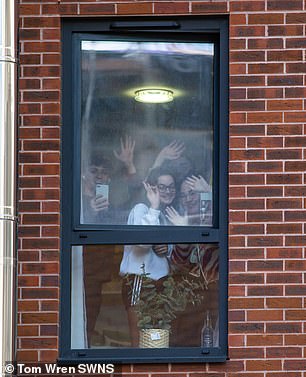 Students today were seen pressed up against the windows of their halls, some of which were plastered with sticky notes spelling out ‘help’ and ‘SOS 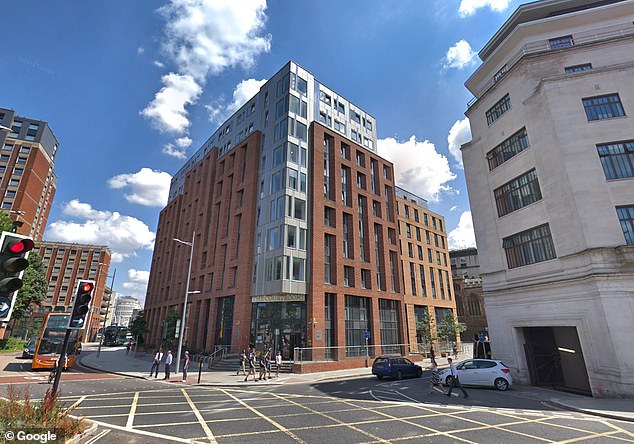 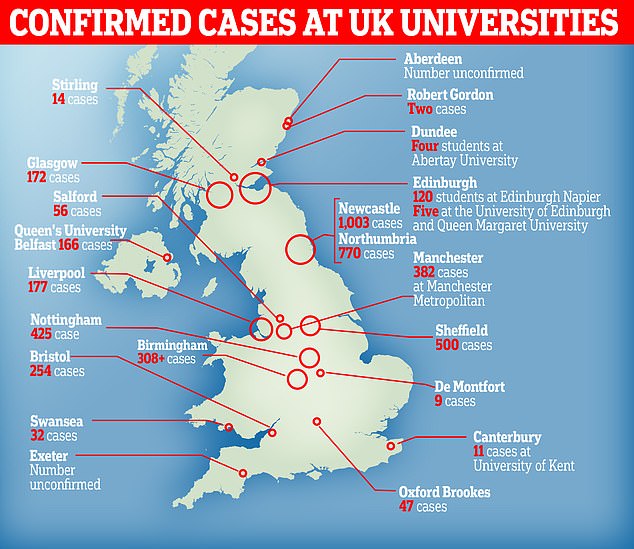 Covid-19 outbreaks have swept 91 campuses across the country since students went back to university last month.

More than 5,000 students have now tested positive, including big clusters in the North such as Newcastle, Northumbria and Manchester.

Professor Sarah Purdy, pro vice-chancellor for student experience at Bristol said: ‘Having reassessed case numbers with colleagues from the Public Health Team today, we have decided that further measures are appropriate at this stage.’

She added that food, supplies and clean laundry will be delivered straight to their door.

The students in self-isolation will continue with their studies online ‘if they’re well enough’. 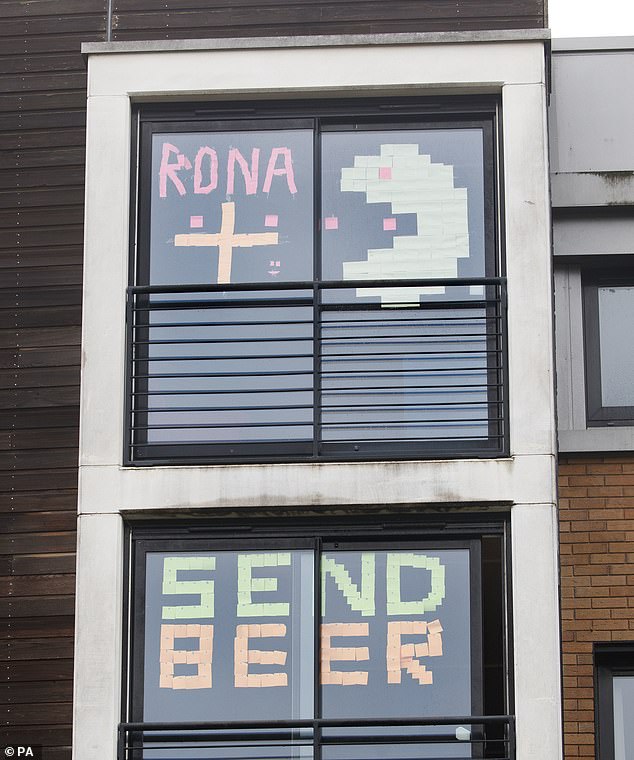 Prof Purdy added: ‘We will do everything we can to support the students at The Courtrooms.

‘If everyone follows the rules, we hope that this situation will pass, and things can return to relative normality as quickly as possible.

‘We have reminded all students that it is vitally important to observe self-isolation requirements in line with both the law and our acceptable behaviour policy.

‘If necessary, the University will take action to ensure students are following this guidance.’

Bristol University stressed that disciplinary action such as fining students is a worst-cast scenario which hopefully will not arise.

But other institutions trying to police self-isolation among restless students have handed out penalties. 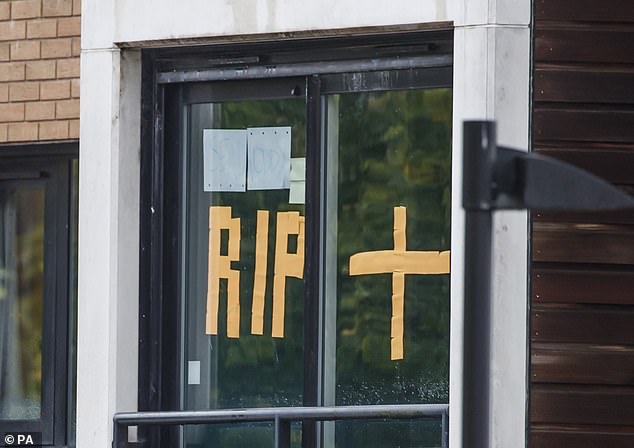 Several institutions have begun fining students for throwing parties or failing to self-isolate. Pictured, the University of Sheffield

Which UK universities have the 5,000 Covid cases?

Aberdeen has reportedly handed out £125 penalties, Manchester £50 and students at Northumbria can be slapped with up to a £500 fine.

In the biggest outbreak yet, it emerged yesterday that 1,000 students are infected at Newcastle University.

That came on top of the 770 positive tests among students at neighbouring Northumbria University which was announced last Friday.

A spokesperson said: ‘The university has a community of almost 28,000 students and 7,000 staff and is working closely with Bristol City Council and Public Health England to support confirmed cases and close contacts to self-isolate swiftly to contain any outbreaks.’