Bristol Rovers exemplified their togetherness is a heartfelt and brilliant way on Monday as they support for their cancer-stricken defender Nick Anderton.

Anderton is currently undergoing chemotherapy after being diagnosed with osteosarcoma – the most common type of bone cancer – last year. Only around 550 cases of bone cancer are diagnosed in the UK each year.

To show their solidarity for the 26-year-old, Gas manager Joey Barton, his backroom staff and playing staff visited The British Barber Co. in Clifton, Bristol where they shaved their heads to raise for money for Anderton’s fundraiser which has passed the £26,000 mark. 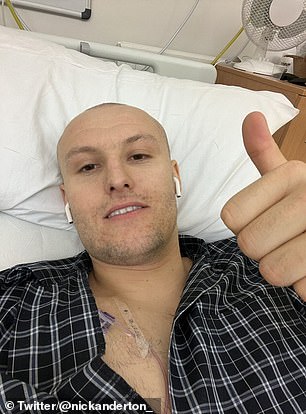 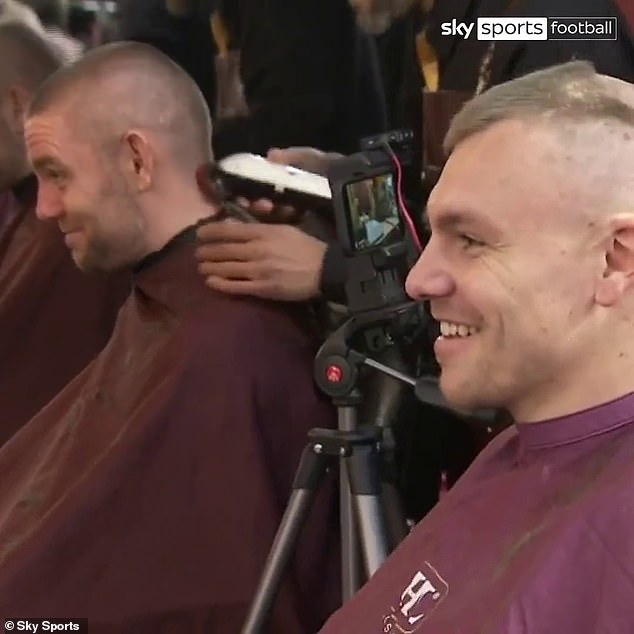 Speaking about the fundraiser and helping to raise awareness Barton, as per Bristol Live, said: ‘It will keep the wolves from the door and allow him to focus on his recovery.

‘He’s got a new baby in the house as well, so it’s the minimum we can do and we’re thankful to everybody who has donated or shared and raised awareness.

‘Every pound, every penny will make a difference in terms of helping Nick with his recovery.’ 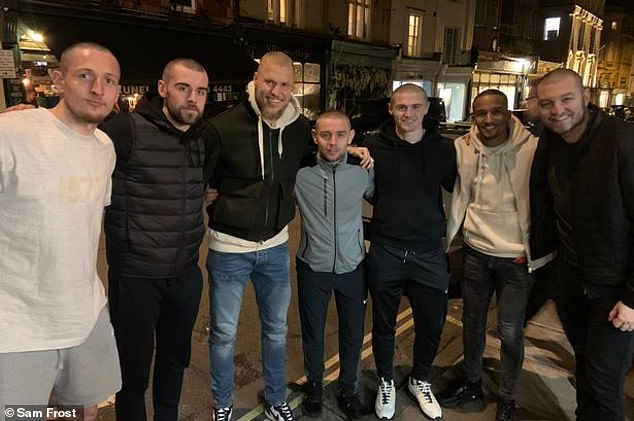 Rovers club captain Paul Coutts is especially close with Anderton having lived with him as recently as last year. Having come up with the iniative, which was launched last week, he once again vowed his support for his team-mate and friend.

‘I lived with him last year and he’s an infectious character,’ Coutts said. ‘Everyone wanted to be around him; he brought a smile to everyone’s faces.

‘The news came in the summer with his diagnosis after he’d done the first week of pre-season and in his words, he was on fire, and then gets the scan on his knee and the news unfolds. We’re just trying to support him and do anything we can to raise awareness.’ 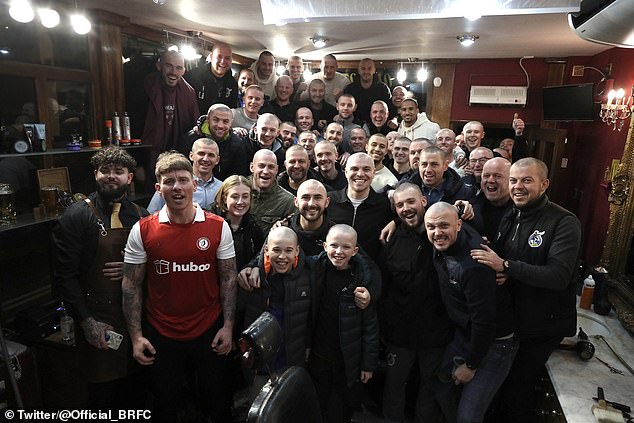 Anderton later quote tweeted it on Monday night, writing: ‘The best group of people, what a club! The support we’ve received since the news in July up until now has been incredible. Lost for words Bristol Rovers. Thank you’ – accompanying the final words with a love heart emoji.

Diagnosed in July, Anderton thought his injury was a football-related one having played the end of last season through the pain.

However, scans revealed it was osteosarcoma and he had an operation in October to remove a tumour and part of his femur. A biopsy later revealed the cancer was more aggressive and has since been undergoing chemotherapy.

Osteosarcoma is a type of bone cancer that begins in the cells that form bones. Osteosarcoma is most often found in the long bones – more often the legs, but sometimes the arms – but it can start in any bone. In very rare instances, it occurs in soft tissue outside the bone.

Osteosarcoma tends to occur in teenagers and young adults, but it can also occur in younger children and older adults.

Treatment usually involves chemotherapy, surgery and, sometimes, radiation therapy. Doctors select treatment options based on where the osteosarcoma starts, the size of the cancer, the type and grade of the osteosarcoma, and whether the cancer has spread beyond the bone.

Treatment innovations for osteosarcoma have greatly improved the outlook (prognosis) for this cancer over the years. After completion of treatment, lifelong monitoring is recommended to watch for potential late effects of intense treatments.