Brighton submit a £4m bid for Paraguayan wonderkid Julio Enciso, 17, who has been playing top-flight football for Libertad since he was 15 and played in last year’s Copa America

Brighton have made an offer of around £4million for Paraguay international teenager Julio Enciso.

The 17-year-old midfielder’s club, Libertad, value him around £8m as Graham Potter looks to add to his Seagulls squad for the second-half of the season.

Despite his young age, Enciso has been part of the Libertad squad for nearly three years, making his first team debut just two months after his 15th birthday in March 2019.

Brighton have submitted a £4million bid for Paraguayan wonderkid Julio Enciso, 17 (above) 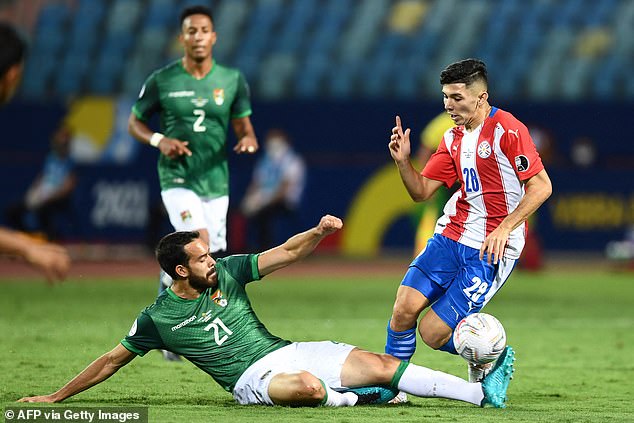 The following year, the midfielder then became the youngest player to ever score in the Copa Libertadores this century, before earning himself a call-up to Paraguay’s Copa America squad last summer.

At 17, Enciso was by far and away the youngest player in the tournament and made two cameo appearances for Paraguay against Bolivia and Peru – thereby becoming the fourth-youngest player to ever feature for his country.

The last calendar year was a memorable one for the midfielder as he won the Paraguayan top-flight with Libertad, scoring four goals in 13 appearances in the process. 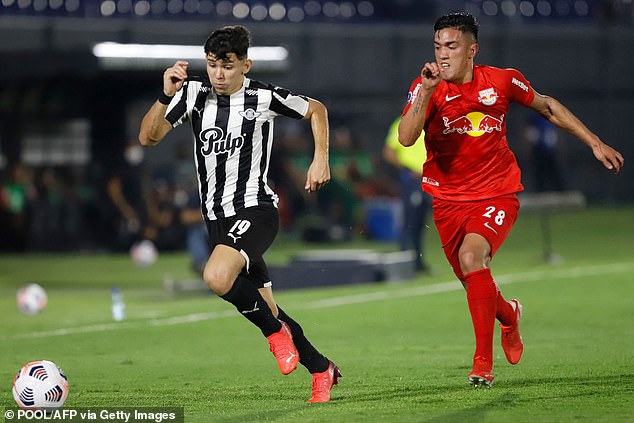 Brighton have already added 18-year-old Polish midfielder Kacper Kozlowski to tehir squad, who became the youngest player to ever feature in the European Championships last summer.

Kozlowski joined from Pogon Szczecin but he will be unavailable until next campaign having been immediately loaned to Belgian league leaders Royale Union St-Gilloise.

Despite the incoming activity at the Amex Stadium, Brighton boss Potter does not expect any of his star players to leave the club during the January transfer window amid ongoing speculation about the future of Tariq Lamptey. 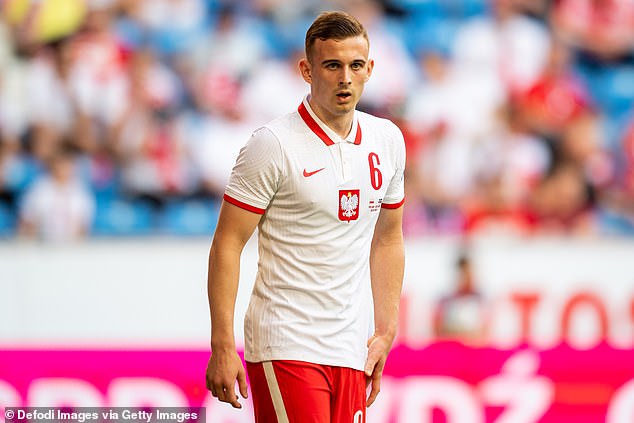 ‘We’re not a selling club at all, we don’t have to sell anybody,’ he said. ‘But you never know in this world, so you have to be a little bit aware of that.

‘I’d expect all of our players to be with us (at the end of the window). There’s a lot of speculation out there but nothing to report.

‘The fact that there is speculation out there means you are doing something quite well. And as a club you can be OK with that type of speculation.

‘You never know what the window brings in terms of whether anything comes from the outside, which you have to factor in.’