Brighton 1-0 Leeds: Seagulls climb to THIRD in the table as Pascal Gross’ second-half strike inflicts first defeat of the season on Jesse Marsch’s side

For 66 minutes it looked as if their lack of a clinical striker was going to cost Brighton again.

Thankfully for Graham Potter, he has a midfielder who is more than capable of finding the back of the net. Pascal Gross scored the only goal to hand Leeds their first defeat of the season. Gross has already matched his goal tally for the previous campaign and was by far the best player on the pitch at the Amex.

In truth, he got his team-mates Solly March and Leandro Trossard out of jail. Both were guilty of wasting chances they should have converted but in the end it did not matter. 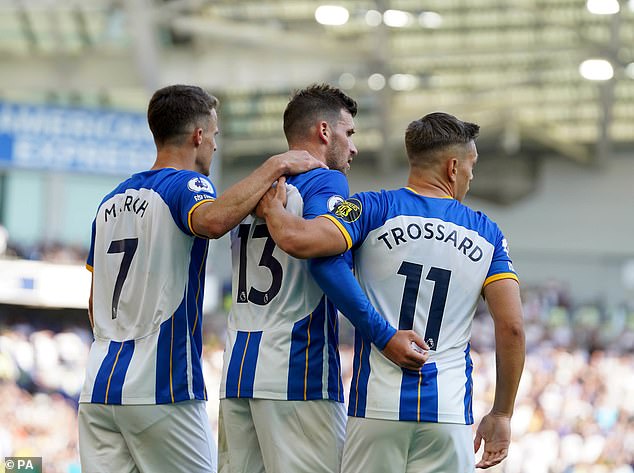 The victory leaves Brighton second in the league, level on points with Manchester City 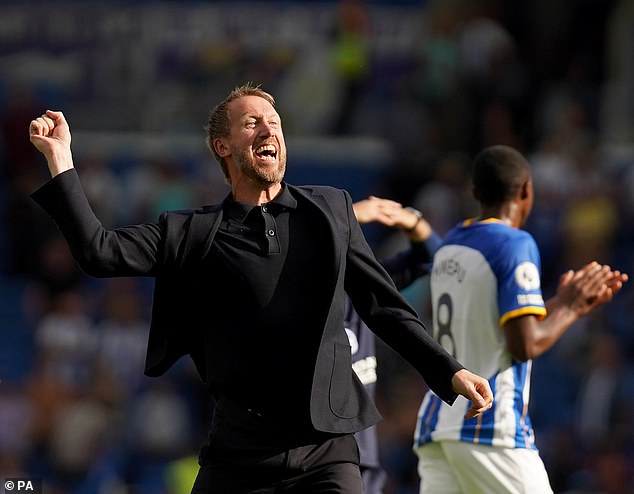 Gross’ goal had briefly put Brighton at the top of the league. Last season a small section of supporters had booed their team off after a 0-0 draw with today’s opponents. Failing to convert their chances was Brighton’s downfall last season and it is a problem they still need to solve, with Neal Maupay’s departure to Everton leaving them even lighter in the attacking areas.

Potter’s side are competitive in every other area. Lewis Dunk and Adam Webster have struck a solid partnership at the back while Moises Caicedo looks at home in midfield alongside Gross and Alexis Mac Allister. A striker is the final piece of the jigsaw for Potter.

For Leeds, it was frustrating from start to finish with just two shots on target, neither of which threatened Rob Sanchez in the Brighton goal. Their frustration was summed up when Jesse Marsch was booked for slamming the ball down on the touchline. But he could have no complaints about his side’s defeat. They were second best throughout and could have lost by more. 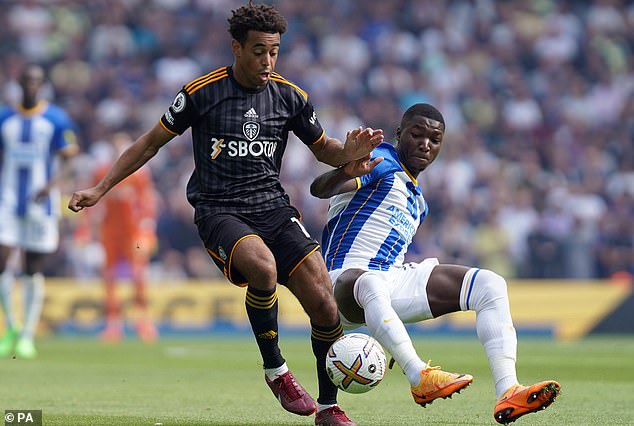 It was a physical match that saw five players booked, two for Brighton and three for Leeds 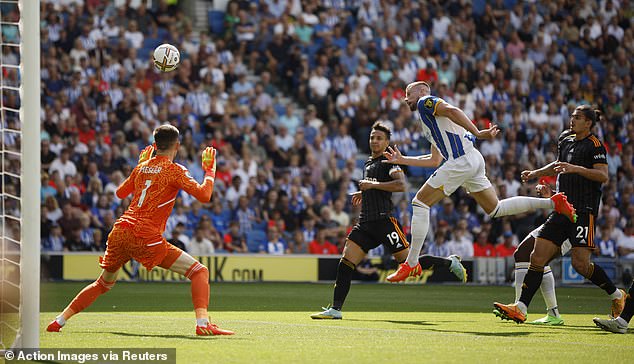 Webster should have put Brighton in front in the 17th minute when he met Pascal Gross’ free-kick, but the defender could only head wide from close range.

Solly March then forced Illan Meslier into two saves after cutting in from the right before firing at goal, but neither effort really troubled the Leeds goalkeeper.

Brighton’s frustrations were summed up when Leandro Trossard was played in down the left but took an age to get his shot off. By the time he sent an effort goalwards, Leeds had plenty of defenders back to block. 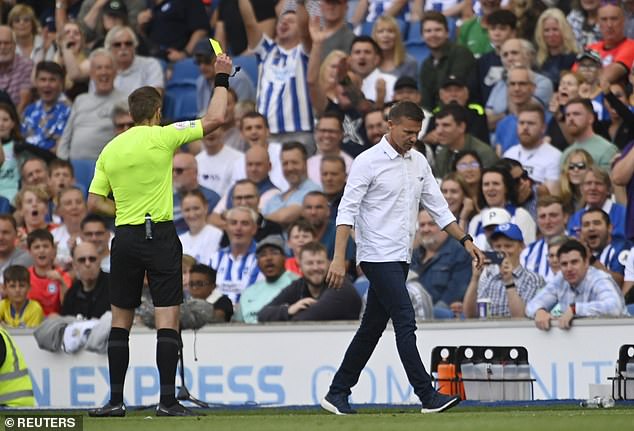 Potter waved his hands in frustration. Once again, his side had nothing to show for their domination. Leeds’ finally managed an effort on target in the 44th minute when Dan James’ shot-cum-cross was beaten away by Rob Sanchez but that was the best the visitors managed before the break.

It was Brighton who came out stronger at the start of the second as Gross flicked a Pervis Estupinan cross just wide of the far post within seconds of the restart. But an even better chance went begging minutes later.

A sublime pass from Gross put March through 1v1 with Meslier. The winger tried to chip the ball over the on-rushing goalkeeper but his effort was poor and Meslier stood tall to make the block. 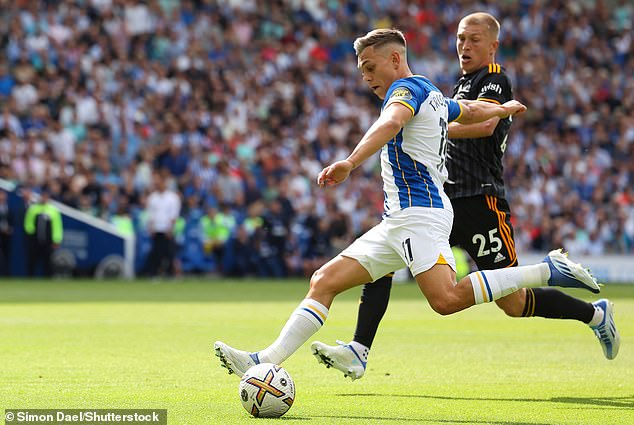 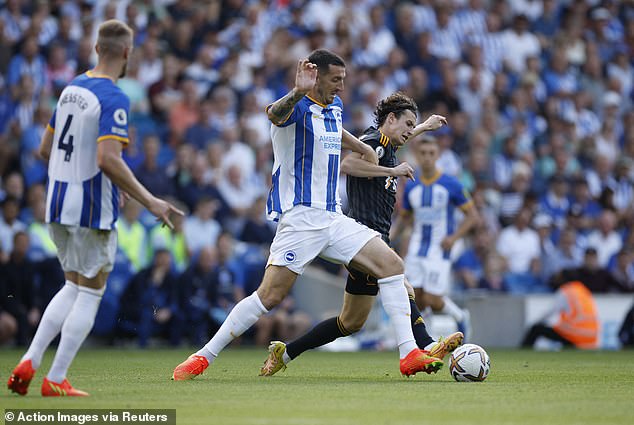 Jesse Marsch waited just 10 minutes before making a change with Mateusz Klick and Luis Sinisterra both introduced. The latter almost had an instant impact as he slid-in at the back-post after Estupinan’s wayward clearance went goalwards, but the midfielder could not find a finish to put his side in front.

That miss had summed up the first hour of this game but finally a moment of class came in the 66th minute. A slick passing move involving Estupinan and Welbeck saw the ball end up with Trossard, who laid it off to Gross on the edge of the box. The midfielder calmly swept a finish into the bottom left corner to break the deadlock.

Leeds did not threaten an equaliser with Dunk and Webster heading away every cross that came into the box. With 10 points from a possible 12, the Seagulls are flying.