This is the Lithuanian couple who lived in the South Wales house where twin babies were found dead.

Van driver Žilvinas Ledovskis, 47, and his partner Eglė Žilinskaitė, 29, moved into the quiet end-of-terrace home in Wildmill, Bridgend around a year ago.

South Wales Police launched a probe after the distressing scene was found at around 8pm on Saturday evening.

It’s believed the twin babies were discovered in a three-storey property after police went there to investigate another matter.

Locals said baby toys had been delivered to the property in recent weeks. 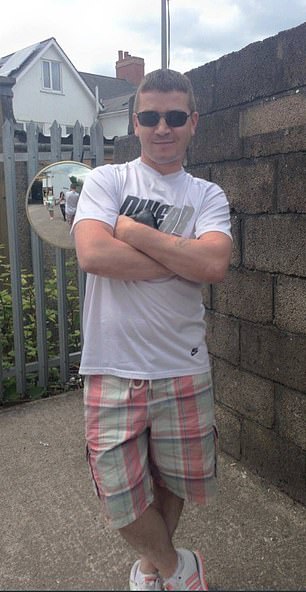 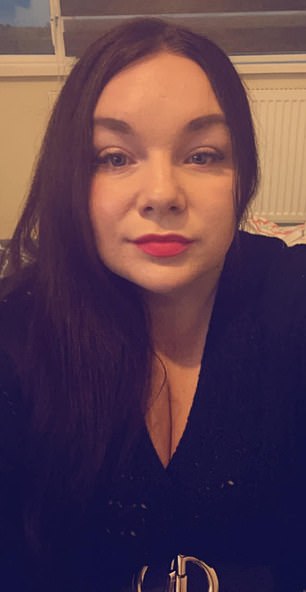 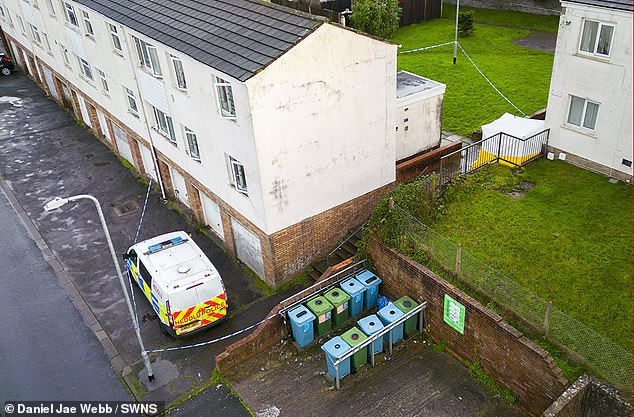 The infants were discovered at an address in Wildmill, Bridgend, at around 8pm on Saturday evening

Officers arrested two men and a woman in connection with the discovery of the infants, with the trio quizzed on suspicion of concealing the birth of a child.

They remain in police custody at this time, a South Wales police spokeswoman confirmed.

Officers have since set up a cordon around the property with a communal back garden area sectioned off, while a yellow and white forensic tent was seen in the background.

Investigations are expected to continue at the scene for several days.

Neighbours today told how they were in ‘total shock’ after police swooped onto their estate to arrest three people over the discovery of the bodies of two infants.

Maria Jones, 25, told MailOnline: ‘I was taking the dogs for a walk when police cars started pulling up outside.

‘There were about 10 vehicles altogether including forensic investigation vans.

‘The police wanted to know all about them. They seemed friendly but none of them spoke very good English so it was difficult.’ 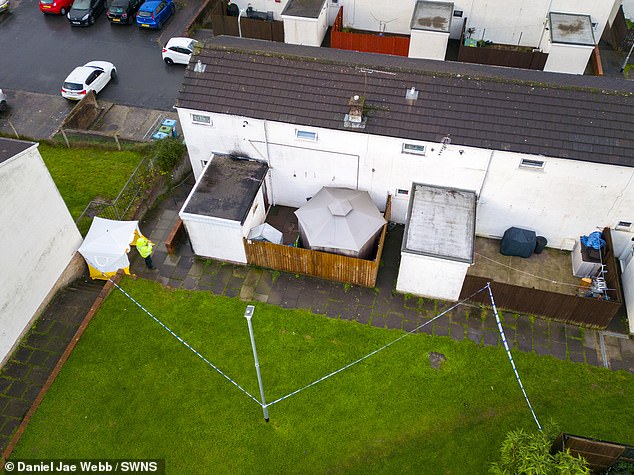 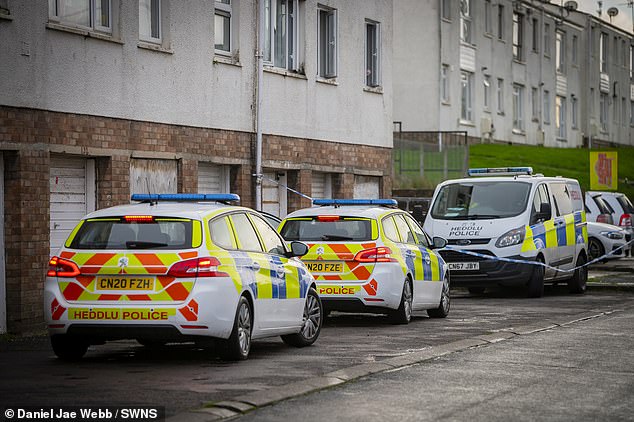 South Wales Police launched a probe after the distressing scene was found at a quiet end-of-terrace home in Wildmill, Bridgend at around 8pm on Saturday evening

Charmaine Gardener-Ponting, 27, said she had lived next door to the house for a year and never heard or seen any babies in the property.

She said: ‘We were told by police that they were called to investigate another matter and that’s when they found the babies.

‘We didn’t really know them very well. We would say hello to them but we didn’t know their names.

‘I saw the two guys on Saturday morning and it was a bit strange. They were leaving in the van and we were leaving but they sped off and then suddenly sped back. It was a bit off.

‘I have never known the woman to be pregnant. I didn’t see her as regularly as I would see the one guy but every time I have seen her she always wore very baggy clothes and she wasn’t small so it would have been difficult to tell.

‘The one guy was always working on his car in the garage. I didn’t know if two men lived there but he was certainly always there.

‘We would hear them having people round in the back garden and speaking a foreign language. Its just awful.’ 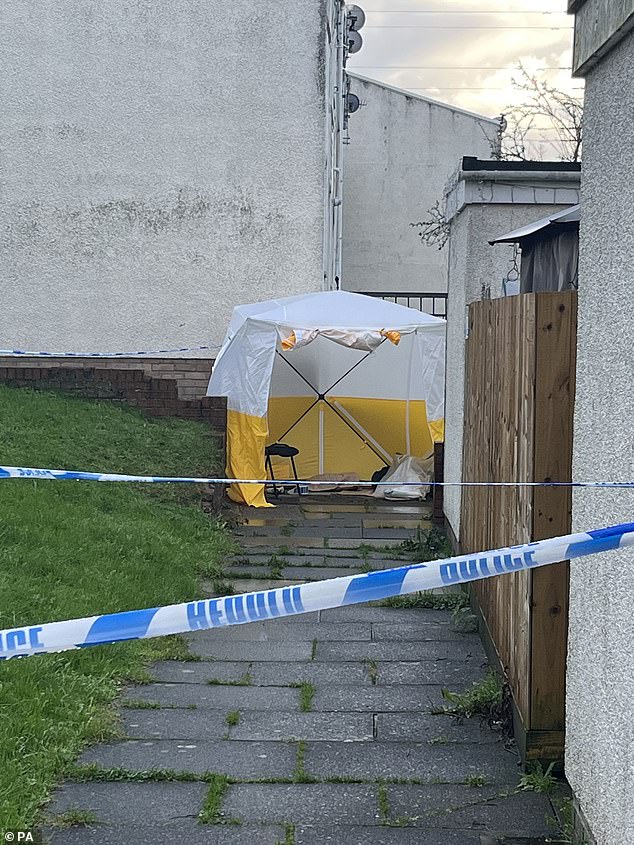 Officers have set up a cordon around the property with a communal back garden area sectioned off, while a yellow and white forensic tent (above) was seen in the background

Another local resident, who wished to remain anonymous, said: ‘They had a baby in there, but I didn’t know there were two babies. It’s devastating.’

Huw David, Bridgend Council leader, said: ‘This is shocking and tragic news, and the residents of Wildmill are supporting one another closely while South Wales Police carry out their ongoing investigations.

‘The council is offering the police its full co-operation, and is reminding people of the importance of remaining calm and avoiding speculation while the investigation is underway.’

Superintendent Marc Attwell said: ‘This is very distressing incident, and we are appealing for anyone with information, to please get in touch.’

A statement from the force added: ‘South Wales Police has commenced an investigation after the bodies of two babies were discovered at address in Wildmill, Bridgend, on the evening of Saturday, November 26.

‘Officers were called to the house just before 8pm. Two men aged 37 and 47, and a 29-year-old woman, have been arrested on suspicion of concealing the birth of a child and they remain in police custody.

‘An investigation is ongoing and detectives are keen to hear from anyone with information.

‘Anyone with any information can also contact us by one of the following means quoting reference number 399650.’

In a separate incident in September 2017, two infants were found dead at their family home in Wildmill, just a few hundred yards from the latest tragedy.

Five-month-old Noah and Charlie Owen, two of a set of triplets, were discovered in their cot by their mother Sarah. The other triplet Ethan survived. A police investigation ruled out foul play.