An Australian bride has made a disgusting discovery under her wedding dress on the biggest night of her life.

After Madalyn Wise’s first dance as a married woman with her newlywed husband, Jayden, she discovered a bloodsucking leech fastened to her leg.

When she finally removed the engorged parasite from behind her right knee, there was blood drenched all over the lining of her expensive white wedding dress.

The stomach-churning moment was documented in a viral TikTok which has attracted nearly 13.5 million views on the social media platform.

By the time she found it, the insatiable swollen leech had feasted on her blood and appeared to have been on her bare leg for hours. 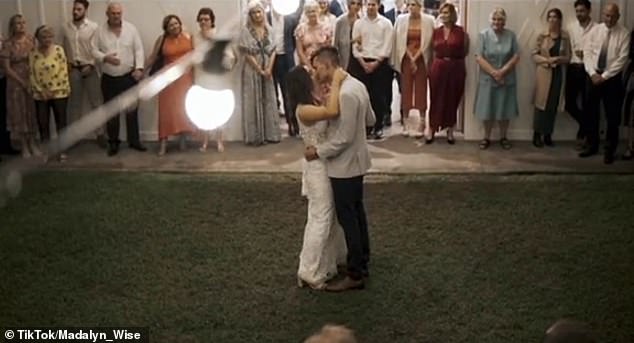 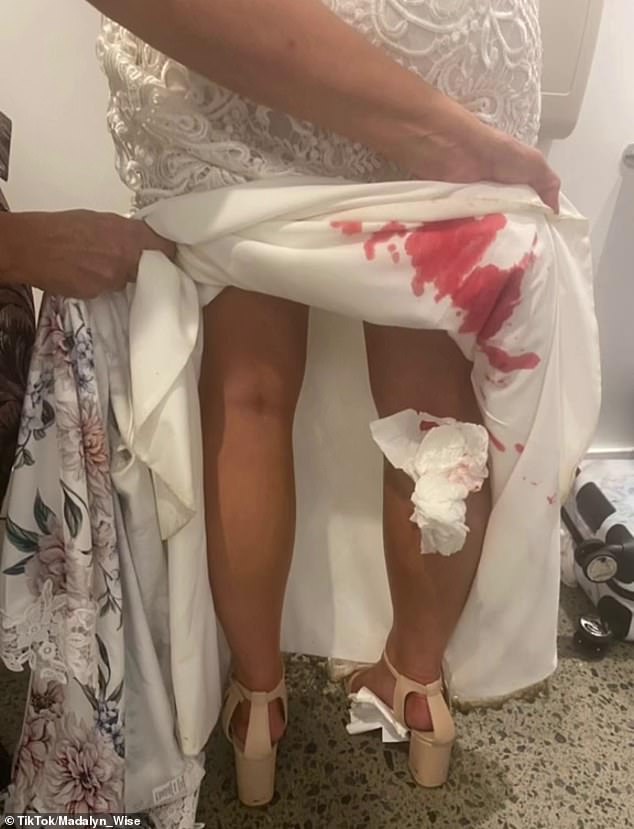 After Madalyn Wise’s first dance as a married woman, she discovered a bloodsucking leech fastened to her leg, covering the inside of her expensive dress in her blood

‘There’s always something that doesn’t go quite right at your wedding, right?’ Ms Wise captioned her video.

Shocked commenters said initially they thought Ms Wise had started her period – which is what she also thought, until she found the parasite.

Her video showed the aftermath of the leech’s removal – a thick bandage wrapped around her knee, with plasters and tissue paper spread out on the ground.

Ms Wise said the property they got married on, in the Gold Coast hinterland, had heavy rainfall which created prime conditions for leeches.

‘Every day I open TikTok and just get another reason to not visit Australia,’ joked one woman in the comments.

Leeches are not confined to remote locations. Last year heavy rains saw an army of leeches invade backyards in Sydney.

Leeches thrive in wet conditions and wait for mammals to pass by so they can grab hold, and crawl to a spot on their hosts skin where they won’t be disturbed to begin feasting. 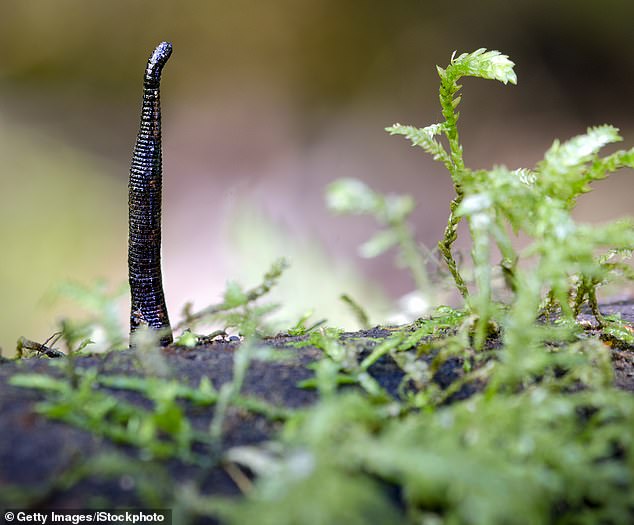 The ‘opportunistic’ worms will latch onto pets and people with their sharp jaws, but their bite is usually not dangerous to humans 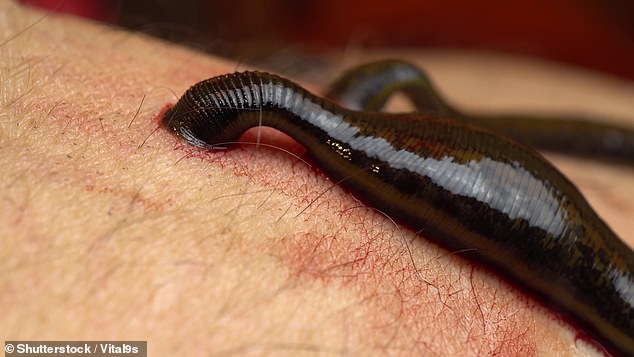 Leeches are generally not dangerous and their bite is painless though it cause be extremely itchy after removal.

They release a painkilling chemical so that the host does not feel them drawing blood.

Bushwalkers are advised against walking in bare legs in wet conditions to avoid leeches making their way to their feet and toes – where they can hide for many hours.

Waterproof gaiters are recommended protection against the unwanted stowaways.

They can be found almost anywhere in Australia, but especially damp habitats

They feed by sucking the blood from fish, frogs, lizards, birds and humans

The length of a leech can range from 7mm to 30mm