A bride who told her bridesmaids to ‘pick whatever they feel comfortable in’ is regretting her decision after one of her friends chose an ‘ugly frock’ for her wedding.

The bride-to-be is now furious with her bridesmaid for choosing such an unsightly dress but is torn as to whether she should say anything.

She initially told her bridesmaids they could choose anything they wanted to wear as long as it met the colour scheme but soon realised she should have been clearer.

‘I want my bridesmaids to feel comfortable, happy and not stressed about money,’ she said.

But she is now regretting that decision.

What should the bride do?

‘I hate one of my bridesmaid’s dresses, I feel so bad but it is so ugly,’ she wrote on Facebook.

But people were quick to point out she didn’t give her friends much to go on.

‘You made your bed, now lie in it,’ one woman said, adding that an ugly dress might work in the bride’s favour as she will look even better.

Some labelled the bride as ‘unfair’.

‘I don’t think it’s fair for her to tell the bridesmaid she needs a new or different dress just because she doesn’t like it when, her liking the style was never part of the deal to begin with. If it had been then again she should have offered a few options,’ one woman explained.

Others doubted the bride’s perception of ‘ugly’.

While another asked her to visualise the outfit with formal hair and accessories.

But some were sympathetic and encouraged her to talk it out with her friend.

‘Tell her you don’t like it and give her an idea of what you would prefer. She may just need a little guidance. I’m sure she can return or exchange the dress she has fairly easily,’ one woman said.

Others who had been in similar situations shared their stories too. 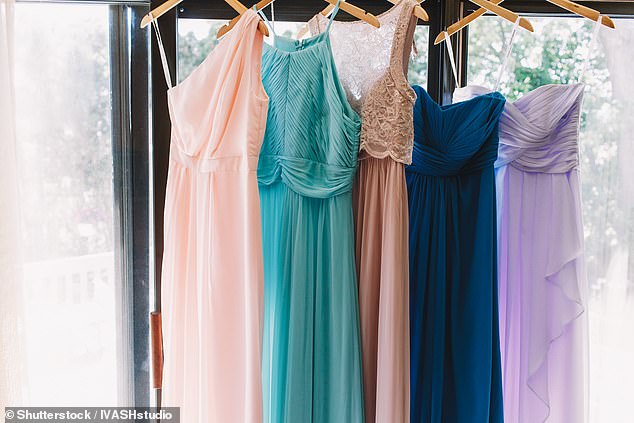 ‘I absolutely hated how one of my bridesmaids dresses looked on the hanger, but the day of when she put it on she absolutely glowed. She was so comfortable and happy it made that dress look gorgeous. You can say you hate it now, but maybe you’ll experience the same thing,’ one woman said.

One mum suggested the conversation depends on the bride’s level of confidence with the relationship.

She explained the bride should only bring it up if she is sure the bridesmaid won’t take it to heart and the criticism won’t damage the friendship.