Walter Smith restored my love of football. It was a precious gift, but not the only one he gave me. He listened and he cared.

He changed what was possible. He was the greatest manager of my career and one of the most incredible human beings I’ve ever met. It’s a privilege to be able to say I knew him.

During my years in football, I encountered people of immense talent and huge reputation. Walter, though, was of a different breed to them all.

For me, they begin in 1994 with perhaps the most important car journey of my life. I met Walter at Ibrox when Rangers wanted to sign me from Fiorentina. We spoke for a little while, then he said: ‘Let’s go for a drive. I’ll take you to Cameron House and show you Loch Lomond.’

Over those 40 minutes we spoke about a lot of things. I told him about life in Italy and how it had been for me and my family.

We started to talk about football. Walter said to me: ‘Brian, you will get all the freedom on the park you could wish for. The only thing I want in return is that you have to make the difference.’

It was a turning point in my career. Without question. I’ve mentioned many times before that I had two very difficult years in Italy. I wanted to be somewhere I could really enjoy the game again. 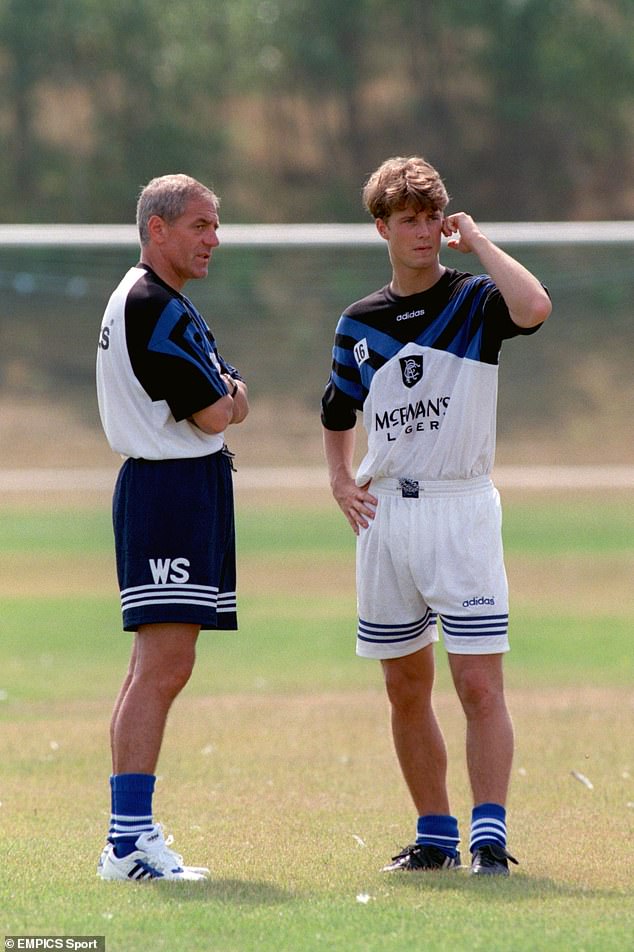 Walter made that happen. From 1994 onwards, so much changed in terms of how I felt about football and also the success I achieved. I loved working with him at Rangers and that fed into how I played with Denmark, too.

Walter was always personally interested in the whole picture of your life. Straight away, he knew the name of your wife and your children. He understood that if your family or loved ones were happy, then the chance of you delivering on the park would be bigger. It sounds simple, but it takes a certain kind of person to do that. And Walter did it with dedication.

We actually lived close to each other in Helensburgh. The two houses were only about 100 yards apart. Nicolai, our son, would go and speak to his boys, Neil and Steven.

At the end of each season, Walter and his wife, Ethel, would invite me and my wife out for dinner. It was just to say thanks for that season.

Isn’t that incredible? So unique. But that’s what Walter was all about. He would acknowledge if you did well and was prepared to bulldoze brick walls to look after his players. The deal was that you had to give him the same respect in return. It was a very honest relationship and I think that’s why you saw so many players playing out of their skins to try and live up to his expectations. 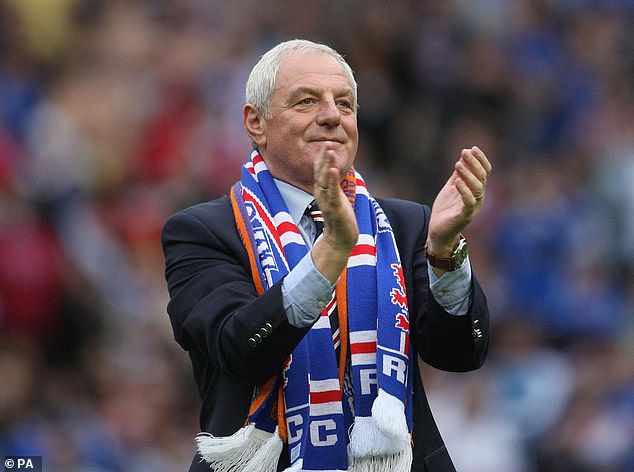 Walter Smith, who has died at the age of 73, delivered success to Rangers during two spells

When Barcelona made an approach to me, not long after I’d joined Rangers, I was a wee bit worried Walter might think my head had been turned. That’s why I phoned him right away to ask if we could meet in the lobby of the Moathouse Hotel.

I explained what had happened and that I wasn’t interested in going to Barcelona. He looked across at me and, with that great sense of humour, said: ‘So, you are more interested in Falkirk this Tuesday night?’

Walter didn’t have to raise his voice to get his message across. When the volume did increase, you knew you were in trouble. I only heard him being really angry maybe two or three times.

More common was the famous Walter stare and nod. Usually with hands in his pockets. And usually with just one word for whoever was on the receiving end: ‘Office’. My God, that felt like a long walk as you waited to find out what the summons was about. Plenty could be said behind closed doors but he would always back his players in public. I loved that.

Nine in a row was the holy grail for Walter in that first spell in charge. You could see the relief on his face that night at Tannadice when I scored and we got over the line. He always wanted to give that achievement back to the fans.

We both parted from Rangers a year later. I would likely have stayed if Walter had, but that wasn’t to be. 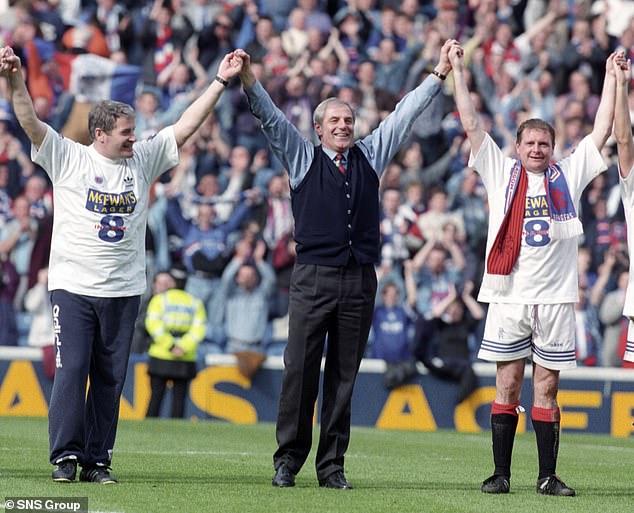 Watching from Denmark, it was fantastic to see him return to the club and achieve so much more success, particularly the run to the 2008 UEFA Cup final.

In my time at Rangers, the criticism was that we were good in Scotland but didn’t do it in Europe. Walter wiped that away in his second spell. He is up there beside the very best managers in Scottish football history, no doubt about that.

Over the years, we kept in touch from a distance. When I was voted into the Danish football Hall of Fame, Walter came over to deliver a speech and make the announcement. That was special.

We went out for dinner again and it felt like being back to those days in Scotland.

I spoke to Archie Knox when I returned to Ibrox the other week for the Hearts game. He told me that Walter wasn’t doing so well but the news yesterday was still devastating.

My thoughts are with his family. They can be so proud of what he achieved and, more importantly, what kind of man he was.

For myself, I’d just like to say the same as many others, be they players, colleagues or fans. Thank you, Walter.