The UK’s post-Brexit immigration structure will work on a points based system while new restrictions for British travellers will come into force as free movement ends.

It comes as the government announced a Brexit deal had finally been reached following months of intense negotiations between the UK and European Union.

The summary of the deal was published by Number 10 at 4.30pm on Christmas Eve, hours before the Prime Minister issued his upbeat ‘Brexmas’ message.

The new system has been designed to welcome the ‘brightest and best’ candidates from January 2021, the government’s statement said.

The summary of the deal was published by Number 10 at 4.30pm on Christmas Eve, hours before the Prime Minister issued his upbeat ‘Brexmas’ message. In his speech he spoke of the new points based immigration system which will come into force in January

‘All of this supports the government’s new immigration policy, ensuring that the brightest and best global talent can come to the UK for business purposes,’ it read.

New travel restrictions will also come into force on January 1 for British citizens travelling to the EU as freedom of movement will no longer apply.

In the New Year Britons will only be allowed to stay in a European country without a visa for a maximum of 90 days in every six month period.

They are part of a raft of new rules coming into effect at the end of the transition period.

Although Britain formally left the EU 12 months ago, the transition period over the last year has seen immigration rules and free movement for British citizens remain largely the same.

Now a Brexit deal has been reached, the Government can implement a points-based immigration system when the transition period comes to an end.

The Agreement confirms that the UK will treat the EU as a bloc for short-term visit visas and will be allowed to determine whether short-term visits from the EU should be subject to visa requirements.

Prime Minister Boris Johnson said in his statement last night: ‘It is four and a half years since the British people voted to take back control of their money, their borders, their laws, and their waters and to leave the European Union.

‘And earlier this year we fulfilled that promise and we left on Jan 31 with that oven-ready deal.

‘Since that time we have been getting on with our agenda – enacting the points based immigration system that you voted for and that will come into force on January 1.. And preparing the new relationship with the EU.’ 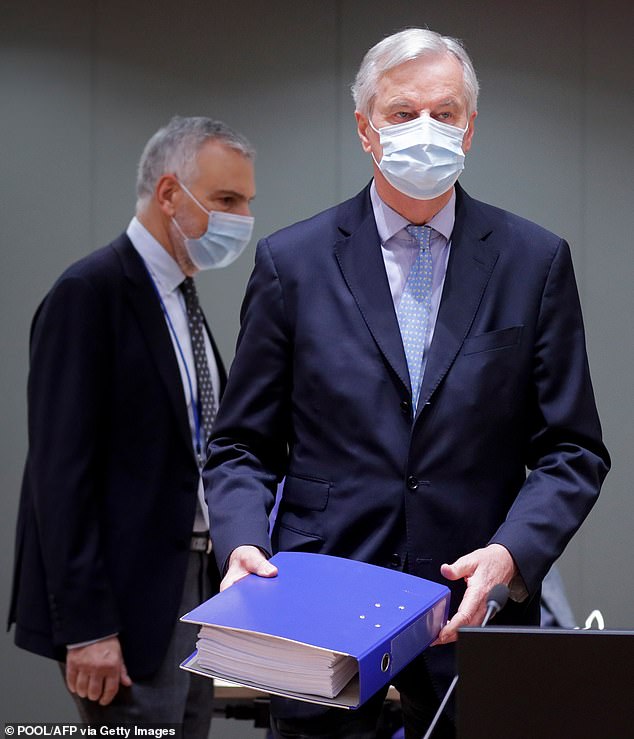 Britain’s new points based system resembles the one currently in effect in Australia.

The new system will see points awarded to applicants based on their skills, English speaking abilities and salary.

Those who gain enough points under the system will be awarded a skilled worker visa, which lasts for up to five years before it has to be renewed.

Under the new rules, the vast majority of foreign nationals wanting to work, live and study in Britain will have to apply and pay for an online visa – the cost of which ranges from £610 to £1,408.

In addition, applicants will also have to pay a £624 per year health surcharge and be able to prove that they can support themselves financially.

The government’s official website states: ‘Under the points-based immigration system, points will be awarded for a job offer at the appropriate skill level, knowledge of English and being paid a minimum salary.

‘Skilled worker visas will be awarded to those who gain enough points.

‘The new immigration rules will ensure that businesses can recruit the most highly qualified from across the globe to drive the economy forwards and keep the UK at the frontier of innovation.

‘It will also encourage employers to focus on training and investing in the UK workforce, driving productivity and improving opportunities for individuals, especially those impacted by coronavirus.’ 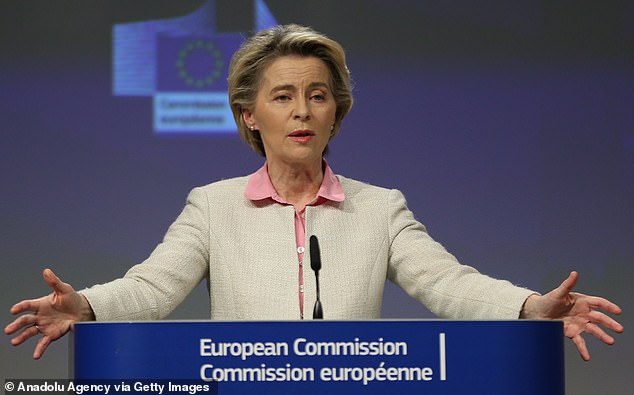 Announcing the system which launched earlier this month, Home Secretary Priti Patel said: ‘This government promised to end free movement, to take back control of our borders and to introduce a new points-based immigration system.

‘We have delivered on that promise. This simple, effective and flexible system will ensure employers can recruit the skilled workers they need, whilst also encouraging employers to train and invest in the UK’s workforce.

‘We are also opening routes for those who have an exceptional talent or show exceptional promise in the fields of engineering, science, tech or culture.’

From the start of 2021, the rules for UK citizens travelling to the Continent will also change.

British tourists will be allowed to spend up to three months in any six month period in European nations.

Anyone looking to stay for longer than 90 days in every 180 days will have to apply for a visa, a work permit or for permanent residence.

Under the new visa programme for Brits, people who exceed the 90 day limit could face the threat of a fine or even be banned entry to the EU’s Schengen travel zone.

The official UK Government guidance on the new rules states: ‘From 1 January 2021, you will be able to travel to other Schengen area countries for up to 90 days in any 180-day period without a visa for purposes such as tourism. This is a rolling 180-day period.

‘To stay for longer, to work or study, or for business travel, you will need to meet the entry requirements set out by the country to which you are travelling.

‘This could mean applying for a visa or work permit. You may also need to get a visa if your visit would take you over the 90 days in 180 days limit.

‘Periods of stay authorised under a visa or permit will not count against the 90-day limit. Travel to the UK and Ireland will not change.’