Brendan Rodgers is resigned to losing some key players at the end of the season as he looks to refresh the squad this summer – with James Maddison, Youri Tielemans and Harvey Barnes all attracting interest

With little prospect of Youri Tielemans signing a new deal, this summer represents Leicester’s last chance to secure a significant fee, while they are also anticipating interest in James Maddison and Harvey Barnes.

Barring a remarkable turnaround in the Premier League, Leicester will not be involved in European football next term. After watching his team knocked out of the Europa Conference League at the semi-final stage by Roma, Rodgers repeated his desire to make new signings before the start of next season. 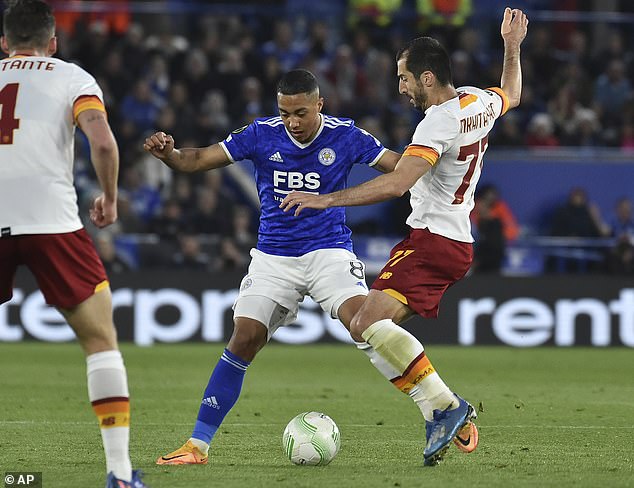 His priorities are thought to be a centre-back, a dynamic central midfielder and a wide forward – preferably to play on the right – who can go straight into the starting XI.

Yet that is also likely to mean departures. Leicester will actively consider bids for Tielemans, who has only one year remaining on his contract, while they may also listen to offers for Maddison and Barnes.

Maddison, 25, has two years remaining on his £100,000-a-week contract and has 14 goals and nine assists this term – a better return than many players in his position. Though he has been out of form recently, Barnes still has nine goals and 10 assists. Leicester would demand high fees for both.

‘It is trying to keep hold of our core players and bringing players who can add to the team,’ said Rodgers. ‘The lads have been together for a period of time which is great so they learn and develop. 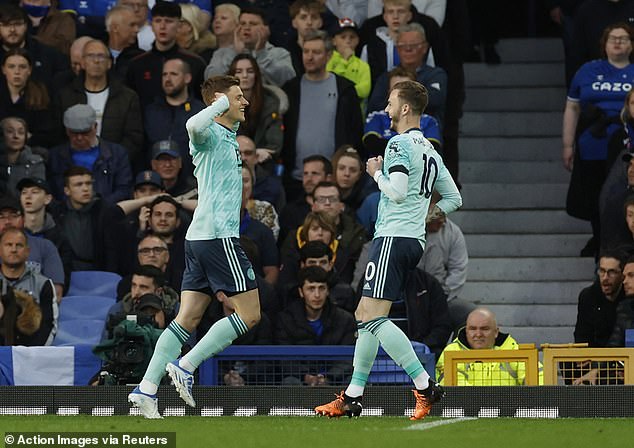 ‘But you always need new hunger and quality in the team. Hopefully we can do that. Physicality is an area we need to look at and any team needs to have goals from different areas of the field. That is definitely something we need to target in the summer.’

Fringe players like Caglar Soyuncu, Hamza Choudhury and Ayoze Perez would be allowed to leave but with all three out of contract next June, Leicester are not in a strong negotiating position.

Leicester also have senior stars Jamie Vardy, Kasper Schmeichel and Jonny Evans poised to enter the final year of their deals. While Evans has said he would be happy to extend his stay, Schmeichel said this year he could ‘try somewhere else’ before retiring and will hold talks with the club this summer. 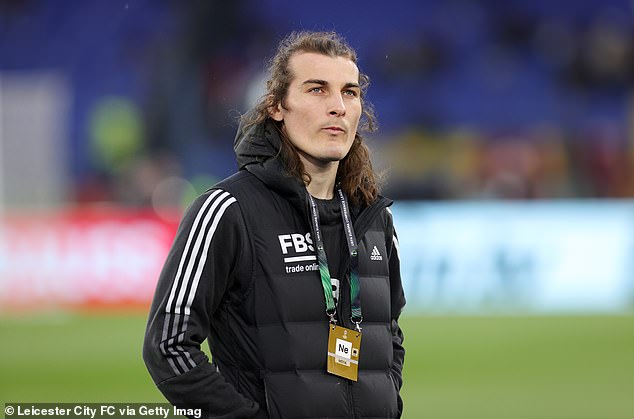