A real estate agent and single mum of three said she was shocked to learn what she thought were early signs of menopause were actually symptoms of breast cancer.

Canberra Upside Realty agent Catherine Halloran said she first discovered a lump in her breast in August but had noticed something felt wrong for several months before.

‘I found the lump on my birthday, of all days, and so went for tests and by the end of the month I had a confirmed diagnosis,’ Ms Halloran told Daily Mail Australia.

‘They call it a three-and-a-half centimetre lump that is stage two, grade two and triple positive.’

A triple positive diagnosis means there are three different hormones actively contributing to the tumour which is why Ms Halloran was experiencing menopause-like symptoms.

‘The thing that surprised me is it apparently took four to five months to get that big,’ she said. 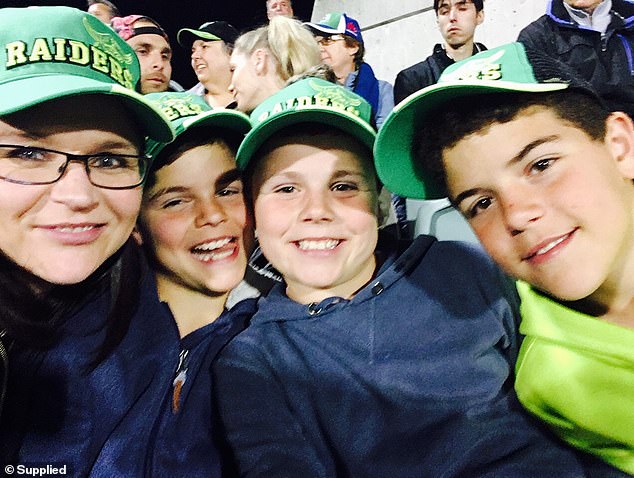 ‘The first symptom was some early menopausal hormonal stuff, like hot flushes, but at the time I had no idea it could be potentially related to cancer,’ Ms Halloran said.

‘For me, the first real sign was when I found the lump but in retrospect some of those early symptoms were hormones from cancer.

‘These last few months have been a huge learning curve.’

Despite her shock diagnosis, Ms Halloran has stayed her company’s top seller for this month, which she attributes to the ‘amazing’ support she gets from her team.

As part of their effort to bring attention to breast cancer, Upside Realty executives are taking part in a fundraiser to help raise money for breast cancer research this Breast Cancer Awareness Month. 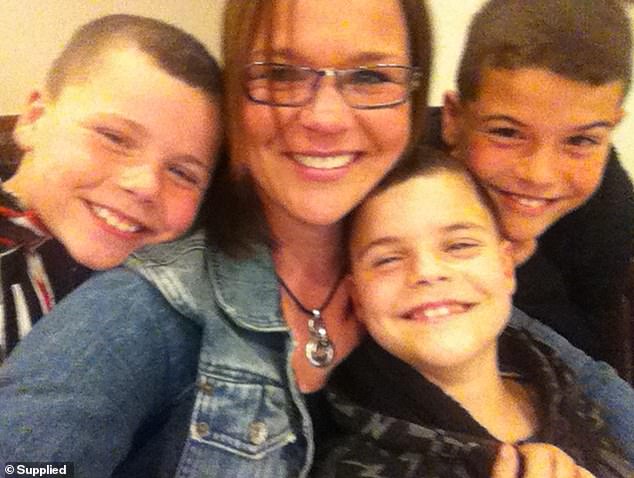 Among her supporters are Canberra Upside CEO Adam Rigby, who will shave his head, and coworker Adam who dyed his hair pink ahead of the event.

‘I was never the sort of person to pay much attention to Breast Cancer Awareness Month but now I’m going through it I realise how much I’m benefitting from the support thrown behind cancer in the past,’ Ms Halloran said.

‘Compared to just five years ago treatment is already so much better because of these organisations.

‘Every step is a step closer to cancer not being a death sentence.’

Ms Halloran said she is ecstatic the fundraiser in her honour has reached its $4,000 mark as it means she’ll get to see her male coworkers suffer through a chest wax.

However, she hopes will reach the $10,000, which will trigger the higher-ups being forced to rock matching spray tans. 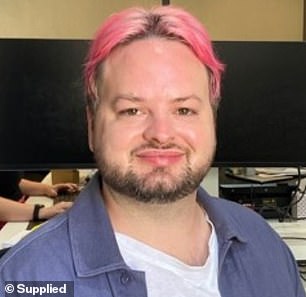 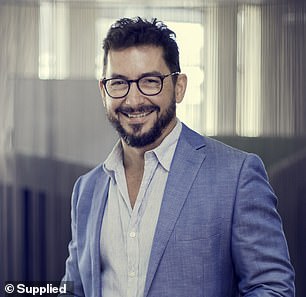 Ms Halloran’s coworkers have started a fundraising to raise money for breast cancer research (pictured, coworker Adam who dyed his hair pink for the fundraiser and CEO Adam Rigby who will shave his head) 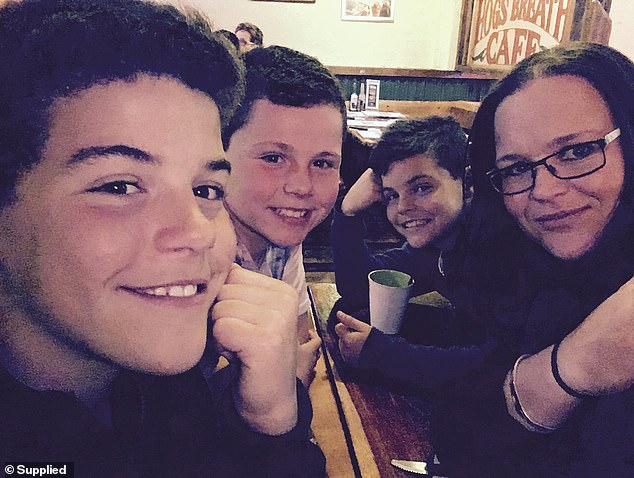 Ms Halloran said she is someone who firmly believes ‘you can’t control what happens but you can control how you react’ and has taken her diagnosis as a chance to show her three sons how to always see the positive.

‘I knew I’d lose my hair so I held a big barbeque where me and the boys all shaved our heads,’ she said.

‘It was great! We did all sorts of silly haircuts, like mullets and mohawks, before shaving it all off.

‘I couldn’t choose not to lose my hair but I could choose how and when I wanted it to happen.

‘Plus, now I’m getting to discover things like fake eyelashes and eyebrows!’

Ms Halloran currently has an 85 per cent survival rate and is confident further research will mean tumours like hers will one day be easily treated.

She is expecting to spend nine months in treatment which includes a five-month chemotherapy course and surgery. 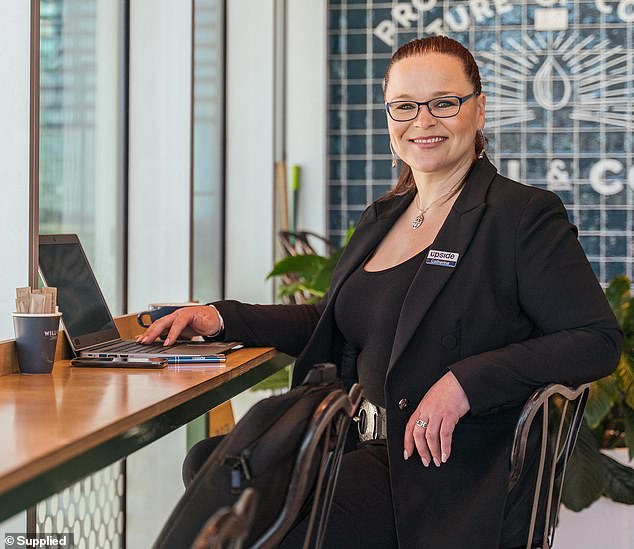 ‘Most women don’t get checked. We put it off thinking “oh, next month” then it’s ‘next month’ again,’ Ms Halloran said.

‘One in seven women are diagnosed with breast cancer. It could be your sister, friend, mum or yourself.

‘Self check or get the doctor to quickly check you next time you get a script filled or go in with a headache.

‘If I’d waited my prospects would be so much worse.’

She added that while breast cancer was more prevalent among females, men can also suffer from it.

She encouraged men suspecting a lump in their chest to throw aside any embarrassment and get it checked out.

Team Upside have given these markers for their fundraiser:

Money raised will be given to the National Breast Cancer Foundation.