Brazilian congressional candidate, 40, stabbed in the chest by former lover, 29, during fight with him and his wife just hours after he ended their two-year affair

A candidate for congress in Brazil is recovering after his former lover stabbed him at his home in the central-west state of Mato Grosso do Sul on Monday.

Daisa Garcia, 29, attacked Saulo Batista, 40, during an argument hours after they had ended their two-year extramarital affair, police said.

The incident unraveled after Garcia decided to stop by Batista’s condominium in the municipality of Campo Grande to pick up her personal belongings after Batista had told her that he was going to attend a campaign event ahead of the October 12 general elections.

However, Batista was with his wife at the apartment when Garcia arrived, according to a military police report obtained by Campo Grande News.

Daisa Garcia was not arrested despite having stabbed her ex-boyfriend, Saulo Batista, who is running for congress in Brazil, during a fight with him and his wife Monday. Garcia told the police she stabbed Bautista after he and his wife assaulted her 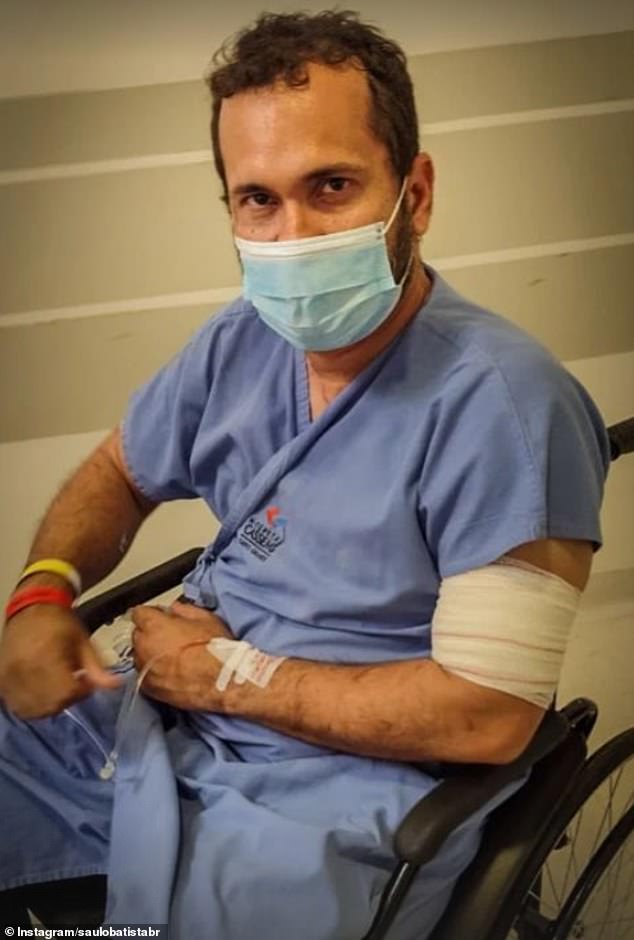 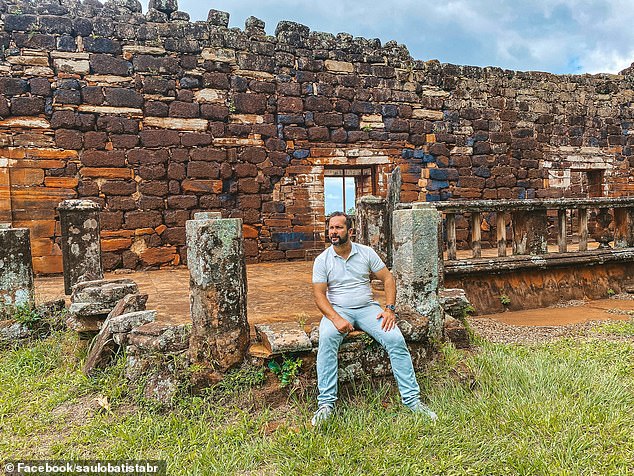 Saulo Batista, who is running for a federal deputy seat in the October 12 elections, was stabbed by his former lover of two years Monday at his apartment in the Brazilian central-west city of Campo Grande

A fight ensued between the three before workers at the building intervened and removed Garcia to another apartment that Batista owned a floor below.

Moments later, Batista and Garcia got into a second argument before she stabbed her ex-boyfriend.

The wife told the police that she heard the commotion and went to the apartment, but was chased by Garcia and sought refuge inside a room that was being renovated.

The politician, a father-of-two, was treated for three non-life-threatening stabbing wounds to the chest a hospital in the city of Campo Grande. 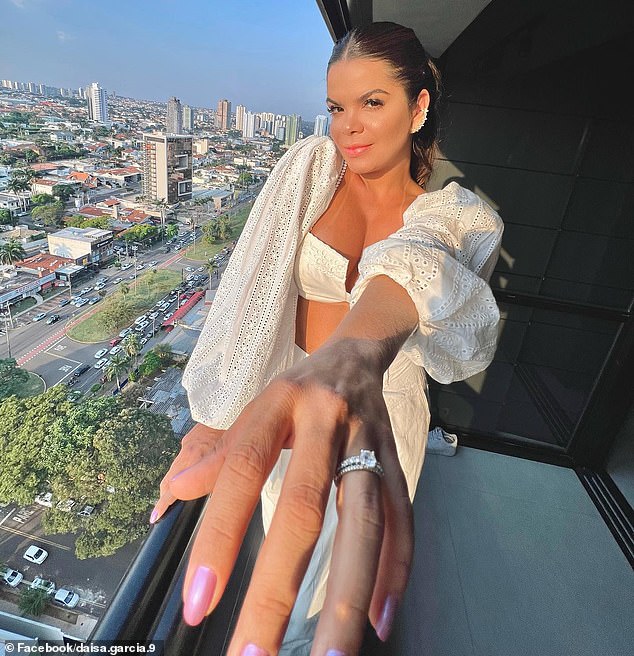 Garcia told authorities that she had an order of protection against the politician, but that she never went to the court to have it lifted and continued to date him 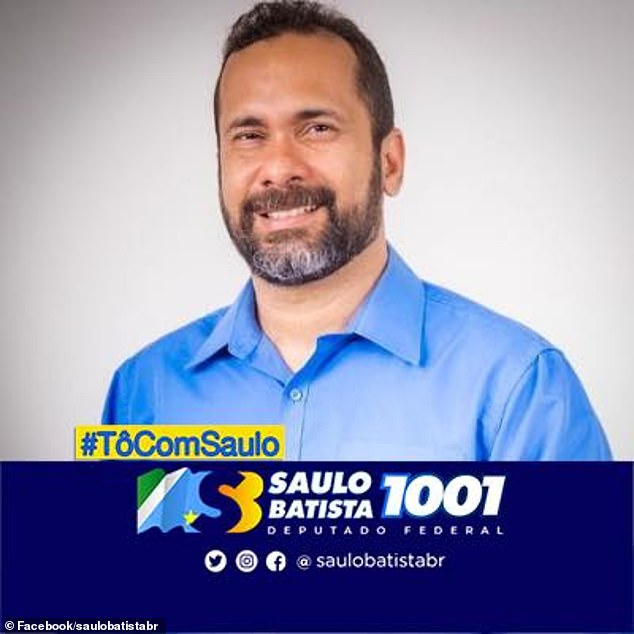 Saulo Batista, a father-of-two politician who was stabbed three times by his ex-lover after she found him with his wife at his apartment Monday in Campo Grande, Brazil

He left a medical facility without being discharged in the afternoon in order to press charges, according to Brazilian news outlet G1.

Garcia was accompanied by her lawyer, Kalanit Tiecher, to a local police precinct in the city of Campo Verde and provided a statement before she was released without being charged.

In her police testimony, Garcia alleged that Batista and the woman he was with assaulted her and grabbed her by the hair while adding that she ‘grabbed something on the table’ before she struck him.

She also showed investigators bruises on her left arm that resulted from the fight. 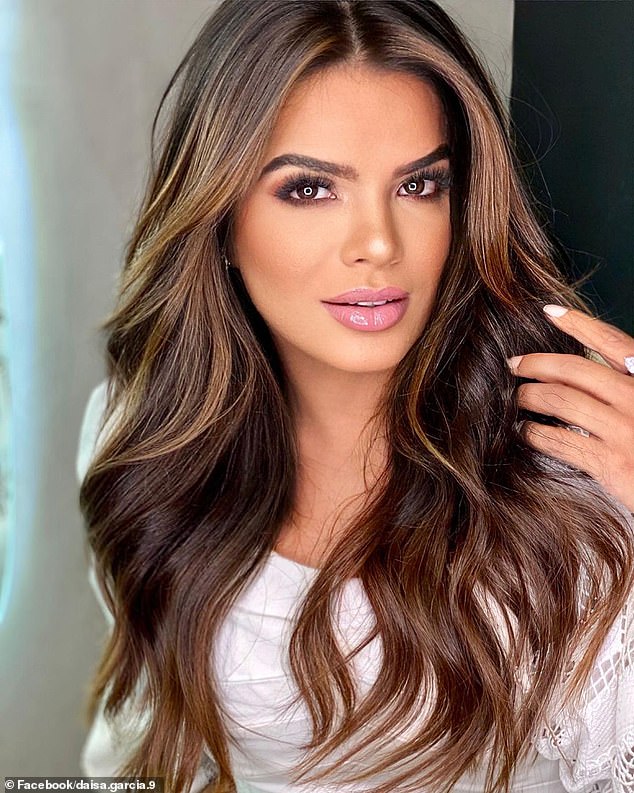 Daisa Garcia stabbed her former lover of two years, Brazilian federal deputy candidate Saulo Batista, during an argument at his Monday several hours after their relationship had ended

Garcia told the police that she had an order of protection against Bautista, but continued to see him and never asked the court to lift it.

While Batista posted a photo of himself on his Instagram account that show him dressed in a hospital gown, neither he nor his campaign have spoken publicly about the incident.

The incident is being investigated by local authorities.