Fake German heiress Anna Sorokin is making the most of her time on house arrest as she posed for the camera at a grotty Manhattan walk-up apartment, where she’ll remain while fighting deportation.

The convicted fraudster, 31, who famously passed herself off as Anna Delvey, spent the last 18 months in ICE custody at an upstate New York prison until she was released late Friday.

Sorokin was convicted in 2019 of conning $275,000 from banks, hotels and swank New Yorkers to finance her deluxe lifestyle.

She now sports an ankle monitor and is confined to her new East Village home – where a photoshoot appeared to be taking place over the weekend.

Fake German heiress Anna Sorokin, 31, poses for a film crew in the window of her new East Village apartment where she’s on house arrest following her release from an upstate prison 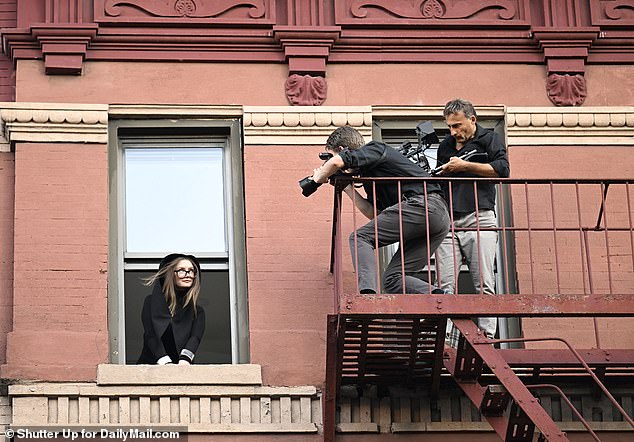 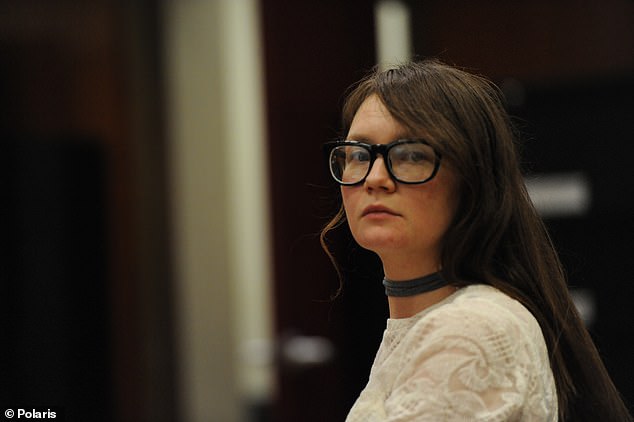 Sorokin was convicted in 2019 of conning $275,000 from banks, hotels and swank New Yorkers to finance her deluxe lifestyle

Shortly after Sorokin arrived at her apartment, the Sovient Union-born German citizen sat down for an interview with the New York Times and shared how she was feeling.

‘I’m really happy. Nothing was guaranteed,’ she began. ‘They denied bail before. It was an exercise in perseverance. So many immigration lawyers told me I’d get deported to Mars before I’d get out in New York. And I just had to find the person who’d align with my vision, not accept ‘no’ for an answer and make it happen.’

The one-bedroom apartment that was snagged by her lawyer, Sorokin said, was sparsely furnished along with a few trash bags from the facility stuffed with her immigration documents.

‘I could have left, but I chose not to because I’m trying to fix what I’ve done wrong,’ she said. ‘I have so much history in New York and I felt like if I were in Europe, I’d be running from something. But if jail does not prove people wrong, then what will?’

When asked by The Times what’s next, Sorokin exclaimed: ‘ I don’t know. I’ll have to do so many things. I’m really excited right now, so it’s pretty hard to sleep. I mean, you guys, I literally just got out of jail!’

And on Saturday, Sorokin already looked like she was working on her future plans – with a photoshoot at her East Village pad.

She was spotted posing in one of the windows while photographers perched on a fire escape to get the right angle.

Other shots showed the felon high on the rooftop, looking down on the New Yorkers below her. 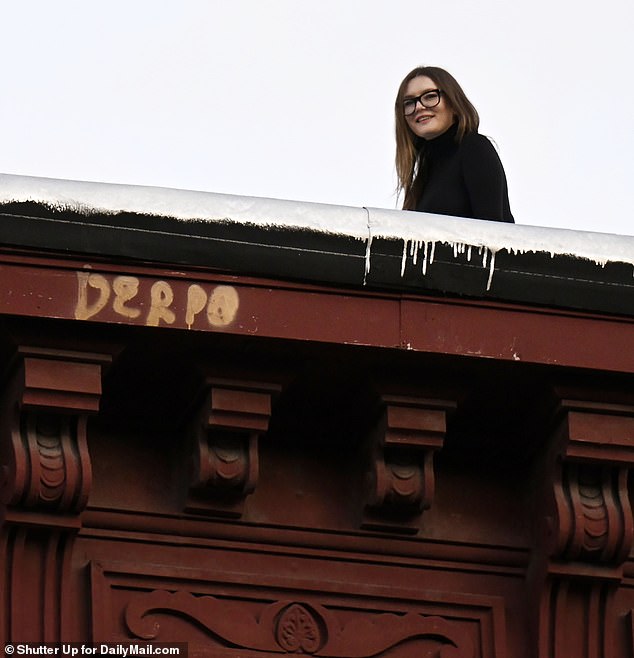 On Saturday, Sorokin was spotted being photographed high on the rooftop of her East Village apartment, looking down on the New Yorkers below her 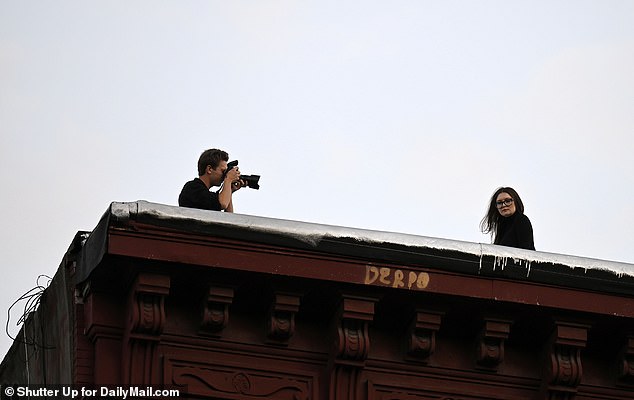 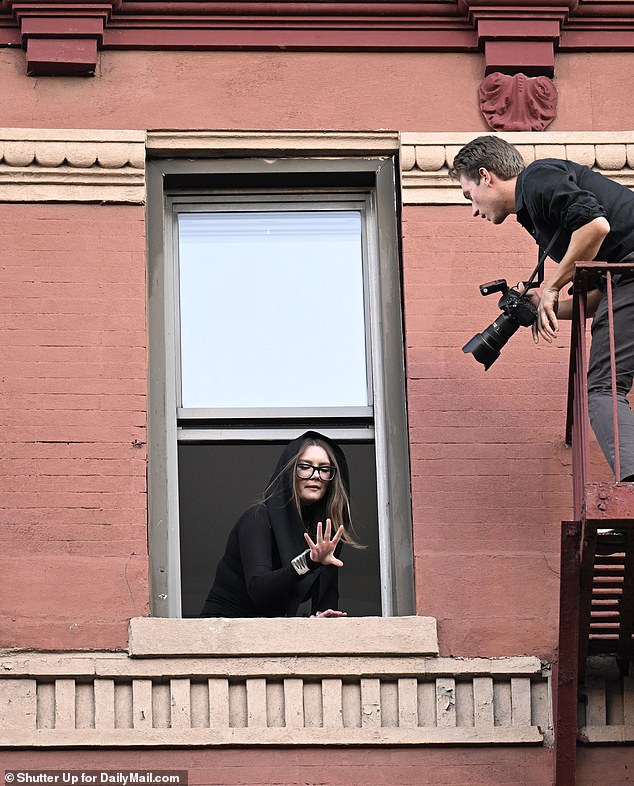 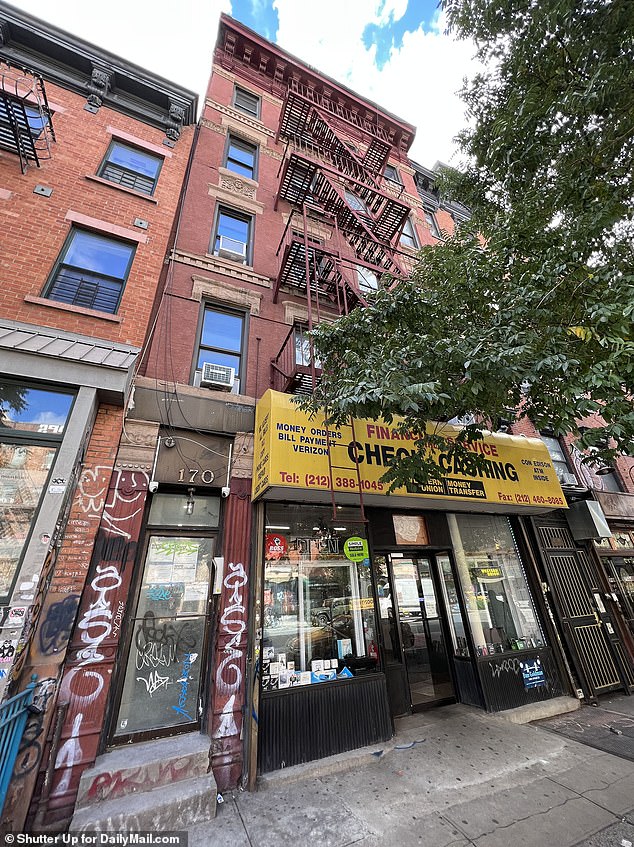 The one-bedroom apartment in the East Village was snagged by her lawyer, Sorokin said

Sorokin’s attorneys successfully appealed to a judge to grant her release on Wednesday.

US Immigration Judge Charles Conroy agreed to it, placing her under house arrest, because ‘she has demonstrated interest in pursuing legitimate employment in the United States, pursuits that will face heavy public scrutiny.’

But the release was delayed as arrangements to post bail were made.

Judge Conroy said that because Sorokin, 31, is infamous, it would be hard for her to fly under the radar and avoid detection.

‘She will be required to abide by conditions of release imposed both by the New York State Parole Board and immigration authorities, which, combined with her status as a public figure, will make it particularly difficult for her to avoid detection.

‘For all of these reasons, the Court finds that [Sorokin’s] risk of flight sufficiently mitigated,’ he said in his ruling.

Sorokin’s immigration attorney, John Sandweg, said in a statement: ‘Immigration detention must be reserved for those who pose a danger to society or an unmanageable flight risk.

‘We are gratified that, after 17 months of immigration detention, and years after she finished her prison sentence, the court recognized that such detention was no longer appropriate for Ana.

‘Make no mistake, she does not get a free pass,’ Sandweg added. ‘She will continue to face deportation proceedings and her release will be closely monitored by the government.

‘Nevertheless, as the court found, continued detention was unnecessary.’

Sorokin wants to stay in the US, despite not having a visa. She is originally from Russia but also has ties to Germany. 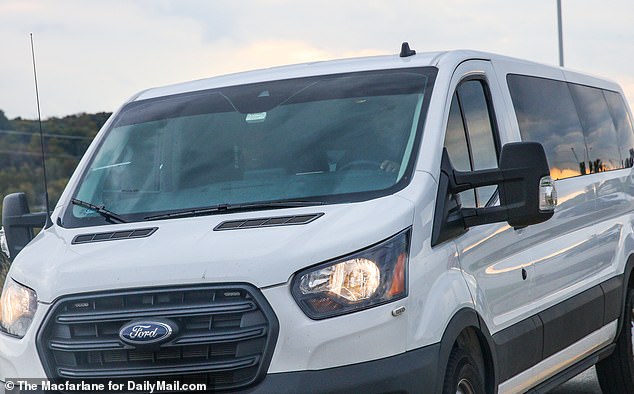 The convicted fraudster, who’s spent the last 18 months in ICE custody, was ushered out of the Orange County jail on Friday and transported to Manhattan 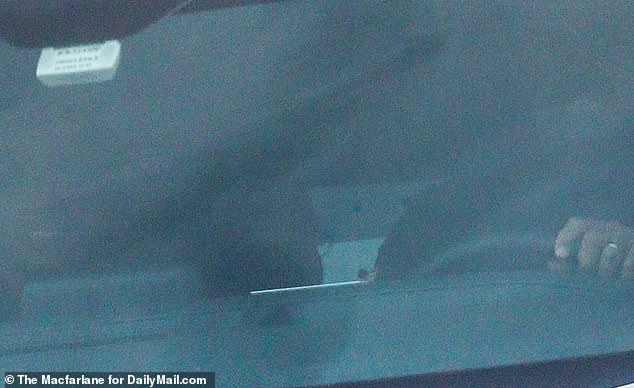 Sorokin was bundled into a white van that sped out of a back door of the prison to avoid waiting media. The corner of her glasses can be seen in the back seat

She sprang to notoriety in 2018 after being arrested for fleecing luxury hotels and restaurants in Manhattan out of hundreds of thousands of dollars.

Her crimes later became the subject of the popular Netflix series, ‘Inventing Anna.’

Sorokin has been keeping busy behind bars with multiple media and podcast interviews.

She has been auctioning off her prison sketches and has also written poetry. 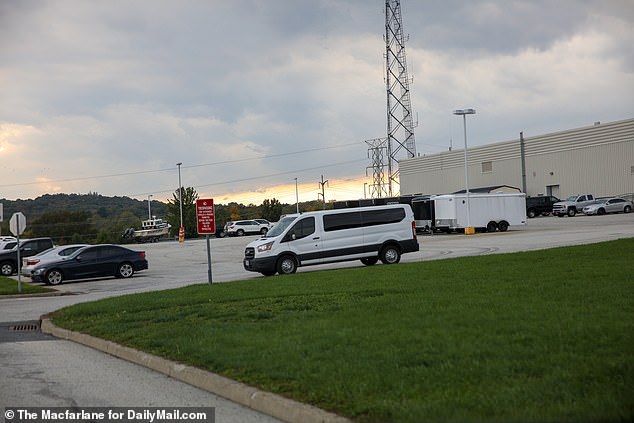 ‘Make no mistake, she does not get a free pass,’ Sandweg added. ‘She will continue to face deportation proceedings and her release will be closely monitored by the government

‘Once you’re in ICE custody, what happens next is left entirely to ICE. Disturbingly arbitrary nature of the civil immigration detention system allows for immigrants to be held indefinitely without ever having a judge review whether bond or electronic monitoring was an appropriate alternative to detention,’ she added.

‘The jail I’m housed at is famous for its understaffing issue. To help alleviate that issue, in the last few weeks alone, 61 immigrants were removed from this facility without notice and transferred to a facility in Mississippi, where ICE can detain them at a lesser cost.

‘Now those detainees are far from their local support systems of friends or loved ones, and those who were lucky enough to have lawyers have been stripped of the ability to communicate with them readily and in person. Hearings held remotely are not opportune for defendants to consult with their attorneys during the proceeding.’