A vicious brawl has erupted inside a Perth shopping centre after a woman allegedly refused to wear a mask in a nail salon.

In footage of the encounter captured by a witness on video, two customers exit the nail salon and face each other as shocked shoppers watch on.

‘You’re so lucky I haven’t touched you because I’d f***ing knock you out,’ the older woman is heard saying. ‘All I did was ask you to put a mask on’.

The younger woman then launches forwards and lands a swift punch to her face, before grabbing her behind the neck and pushing her forward.

Jill Sheehan told 9NEWS she was repeatedly struck after she asked the woman to put on a mask, which are mandatory while indoors in WA. 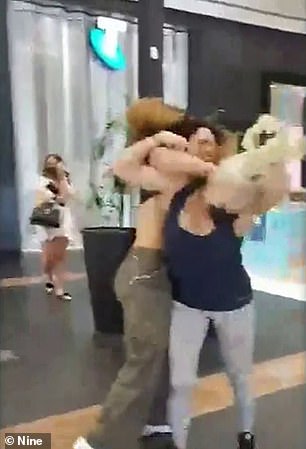 WA Police said the altercation kicked off after the pair were seated beside each other in a nail salon in Perth’s northern suburbs.

Ms Sheehan said she had asked the younger woman to put a mask on in the salon because she was immunocompromised.

The other woman allegedly told the mother-of-two that she would spit on her.

‘I asked if she could put her mask on and she said ‘who are you, I’ll spit on you’, I said ‘you spit on me and I’ll put you up for assault’ and she just went for me,’ she said.

Ms Sheehan claimed the altercation that erupted at a Wanneroo shopping centre just past midday on Sunday left her concussed, bruised, and her teeth chipped. 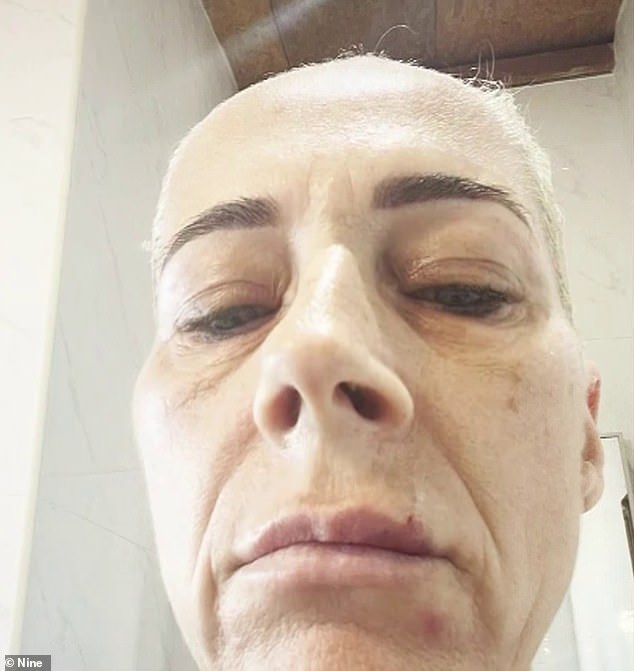 Ms Sheehan (pictured) claimed the altercation that erupted at a Wanneroo shopping centre on Sunday left her concussed, bruised, and her teeth chipped

‘The victim (a woman in her 50s) was assaulted by the woman after an altercation over the wearing of masks,’ a police spokesperson said.

‘The victim received bruising, cuts and swelling to her upper body and face.’

A 19-year-old woman has since been charged with assault occasioning bodily harm.

She will appear before the Joondalup Magistrates Court on May 9.

In WA, face coverings are still mandatory in all indoors spaces, apart from in the home, for people aged eight and over.