Gone in 20 minutes! Motorist’s despair as his brand new £200,000 Lamborghini Huracan is hit by a van and written off moments after breaking down on the motorway fast lane

A brand-new £200k Lamborghini was wrecked in a motorway crash just 20 minutes after leaving the dealership.

The Lamborghini Huracan, estimated to cost over £200k, suddenly came to a crashing halt after suffering a mechanical failure and was hit in the back by a van on the M1 yesterday.

The shiny supercar lost its back wheel while most of its back was crunched up from the sudden and catastrophic impact.

The Lamborghini Huracan, pictured, broke down in the fast lane of the M1 in Wakefield, west Yorkshire yesterday only 20 minutes after the owner picked up the car 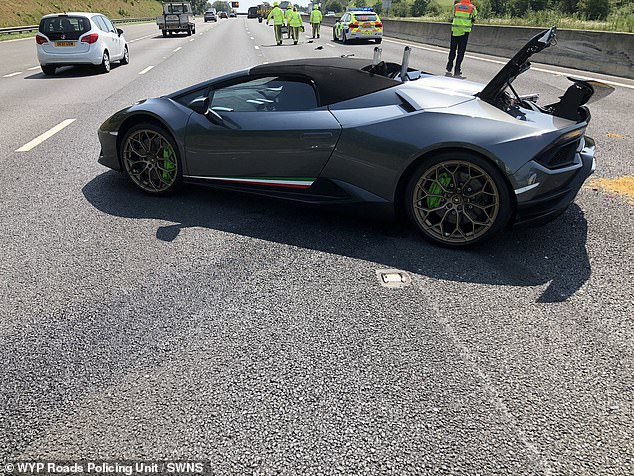 A van ploughed into the back of the Lamborghini, pictured, which suffered extensive damage in the collision 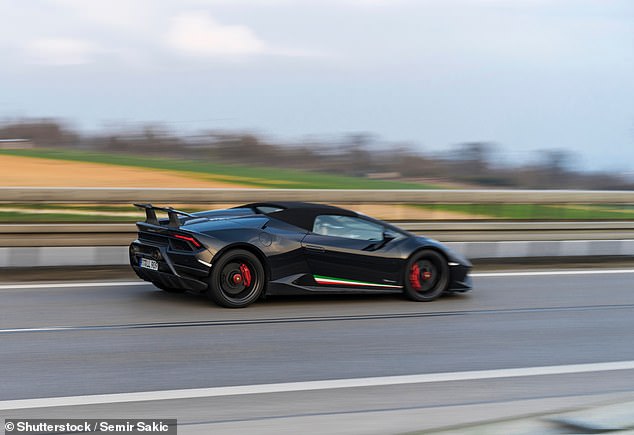 The Lamborghini Huracany, pictured, has a 5.2litre V-10 engine capable of 201mph and hitting 60mph in a little more than three seconds

The accident unfolded around 1pm on the southbound carriageway near junction 40 near Leeds, West Yorkshire.

PC Richard Whiteley, of West Yorkshire Police, said the Lamborghini stopped in lane three due to a mechanical failure.

PC Whiteley said: ‘It’s only a car. But on this occasion, a 20-minute-old, brand-new Lamborghini that stopped due to mechanical failure in lane three then hit from behind by an innocent motorist.’

A police spokesperson said the van driver suffered head injuries, but they were not believed to be serious.