Bradley Walsh has reportedly seen his earnings boosted by £2 million, making him the UK’s highest-paid presenters behind Ant and Dec.

Accounts filed by his Wingit Productions show The Chase frontman, 60, has funds valued at around £11.5 million, up from £9.5 million the previous year.

It comes following reports that Bradley is being lined up to host a revival of the iconic game show Blankety Blank and has signed a big-money deal to front the series.

Cashing in: Bradley Walsh, 60, has reportedly seen his earnings boosted by £2 million thanks to his work on various shows including The Chase (pictured)

Along with hosting daytime staple The Chase, Bradley has also fronted the travel series Breaking Dad alongside his son Barney, and has recently starred in Doctor Who.

A source told The Sun: ‘Bradley regularly polls internally as one of ITV’s most liked stars. Viewers adore him, and he can turn his hand to pretty much any form of broadcasting.

‘When it comes to taking on new work, he can basically name his price.’

MailOnline has contacted representatives for Bradley Walsh for comment. 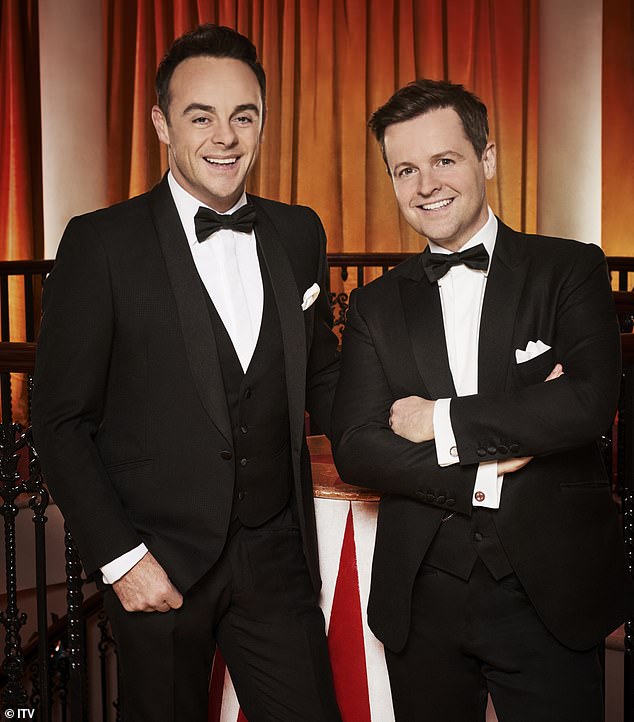 Rich: It’s been claimed that Bradley’s income makes him the UK’s highest paid presenter behind Ant McPartlin and Declan Donnelly

This comes just days after it was reported that Bradley has been recruited by the BBC to host a revival of cult TV series Blankety Blank.

According to The Sun, the star is at the helms of a pilot that was commissioned by the national broadcaster to bring back the game show. 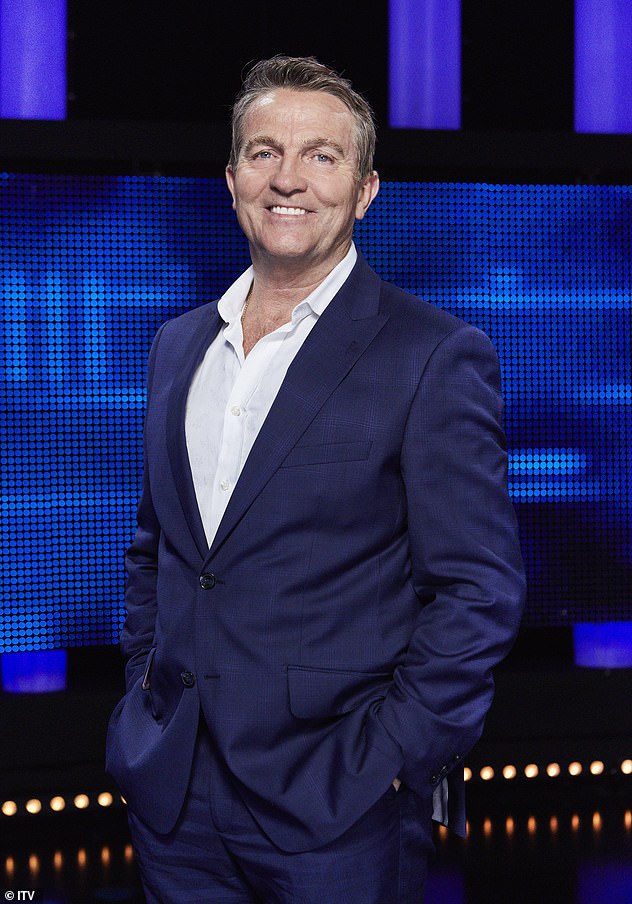 Comeback: This comes just days after it was reported that Bradley has been recruited by the BBC to host a revival of cult TV series Blankety Blank

A source told the publication: ‘Blankety Blank was massive for the BBC and revisiting it seemed like a great idea in the current climate.

‘Bradley is the favourite to be the new host but bosses behind the reboot also have discussed Paddy McGuinness and Rylan Clark as potential hosts.

‘A pilot is being filmed later this year and if it’s a success, it’ll go on to become a new series. Everyone is confident it’ll be a hit and it’s a perfect fit for Saturday night.’

The source added that the show is likely to have a prime time spot if it goes ahead while plenty of cash will be pumped into it. 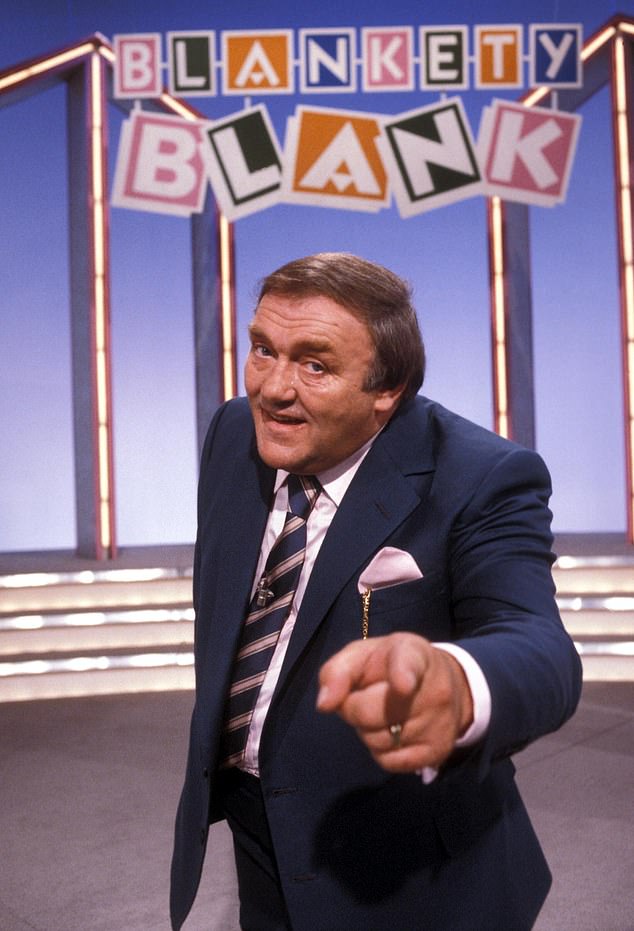 Favourite: Blankety Blank aired throughout the 1980s where it was hosted for many years by Les Dawson

MailOnline has contacted representatives for Bradley and the BBC for comment.

Blankety Blank saw members of the public attempt to fill in the missing word in a sentence, with the objective being to match their answers with the answers of a panel of six celebrities.

The winner often came away with a disappointing prize or the famous Blankety Blank chequebook.

At the height of its popularity, the series would attract 20million viewers a night.

Blankety Blank was brought back in 2004 for a special one-off episode for BBC’s annual Children In Need telethon, with original host Terry Wogan reprising his role.

The series was said to not always be popular with BBC bosses as some considered it too low-brow. 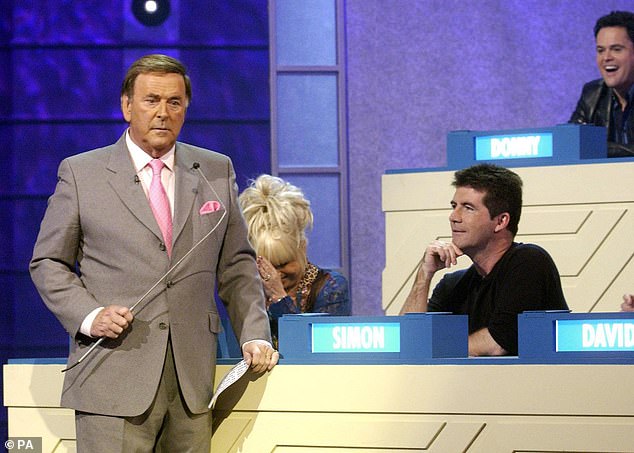 Original: Terry Wogan was the game show’s first host, presenting from 1979 to 1983 before he presented a one off special in 2004

Terry Wogan appeared to agree with this to a certain extent, previously remarking that the show was: ‘a bit noisy, all those bells ringing and lights flashing – the sort of thing ITV usually do’.

Blankety Blank was last on screen in 2016 when David Walliams hosted a special episode on ITV.

He was joined by a celebrity panel made up of Anne Robinson, Louis Walsh, Brooke Vincent, Joe Lycett, Lesley Joseph and the Chuckle Brothers.

It comes after Bradley was previously reported by the Daily Star to be one of the top earning stars in the entertainment business.

Bradley has made his cash from serving as host of The Chase for 11 years while he has also hosted the spin-off show Beat The Chasers as well as celebrity and family versions.

The TV star is also known for his role as Graham O’Brien in Doctor Who opposite Jodie Whittaker. 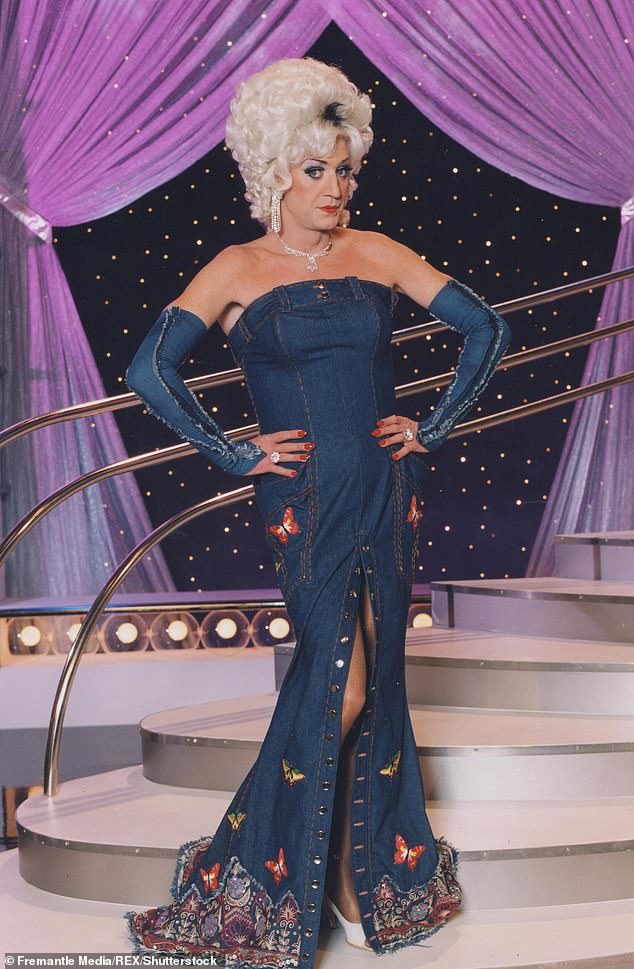 History: Paul O’Grady was the third host of Blankety Blank under his alter ego of Lily Savage

Bradley has also had further financial success thanks to his music career, having released two albums so far.

His debut effort, Chasing Dreams, sold 110,000 copies and was reportedly the best-selling debut album by a British artist in 2016, beating out Zayn Malik’s first solo album Mind of Mine.

According to The Sun, Bradley received an additional £6.5 million from the closure of company Elevenses in 2016 while he is also said to own a five-bedroom mansion with a pool in Essex.

It marks an astonishing level of success for the TV presenter who was living in a £98,000 terraced house in East London as recently as 2000.

Bradley’s TV career began in the 1980s and he is also known for his role as Danny Baldwin on Coronation Street and as DS Ronnie Brooks in Law & Order: UK. 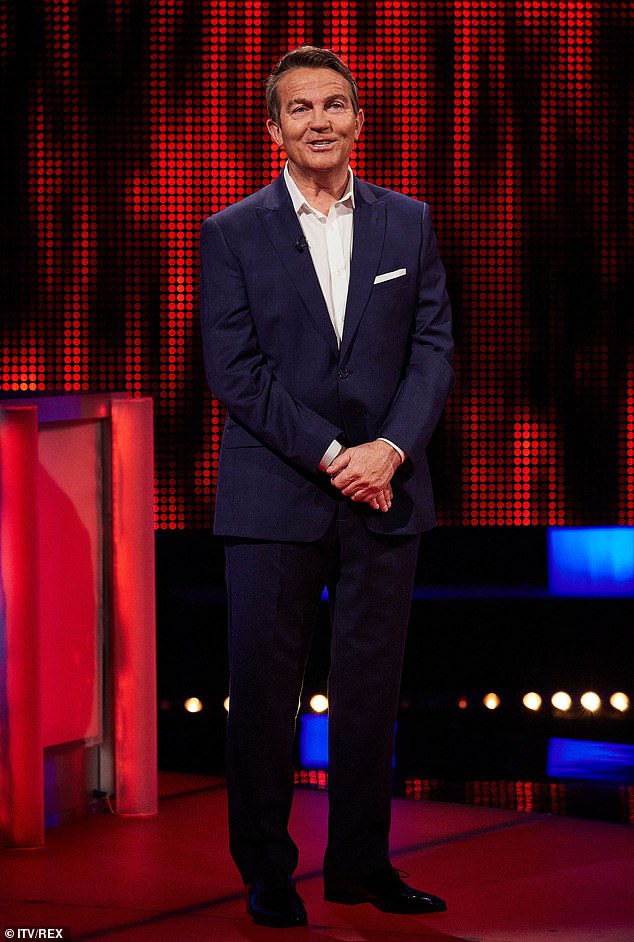 A source said: ‘Blankety Blank was massive for the BBC and revisiting it seemed like a great idea in the current climate’