A ‘master of disguise’ with more than a dozen aliases is on the run in the U.S. after his girlfriend’s decomposing body was found stuffed into a cooler in the trunk of a car in Tijuana.

Navy veteran and new mom Racquel Sabean’s remains were found in a Volkswagen Jetta parked on a residential street after locals reported a ‘foul odor’ coming from the vehicle.

The 40-year-old’s neck had been broken, her father David Sabean told CBS8 News.

The FBI wants to question her boyfriend, Tyler Adams, 50, aka Paul Phillips, who was last seen entering the United States on June 16 this year under the alias ‘Aaron Bain’.

Police say Adams, who is the father of Racquel’s seven-month-old daughter Valentina, is not charged with any crime.

Adams, who the FBI describes as a master of disguise and a ‘phony’ is known to use multiple fake and stolen identities.

A warrant was issued for him in Hawaii in September 2020, more than a year after he vanished during a temporary release from the Oahu Community Correctional Facility. He had served the required seven years of a 14-year sentence for stealing his mother and stepfather’s identities, using them to buy five condos and acting as the realtor in the sales, pocketing $180,000 in commission, according to court records.

Racquel’s father said he ‘would bet my life’ that Adams is his daughter’s killer, in an interview with the US Sun, and said there were a number of red flags

Tyler Adams, 50, (pictured) is wanted a wanted fugitive out of the state of Hawaii for Escape in the Second Degree. The warrant was issued in September 2020.He stand stand at 5 ft. 9 inches tall, approximately 175 pounds, brown hair. He was last seen wearing yellow short-sleeve button-up shirt, tan pants, black running shoes. He has possible swelling under eyes. He goes under more than a dozen aliases 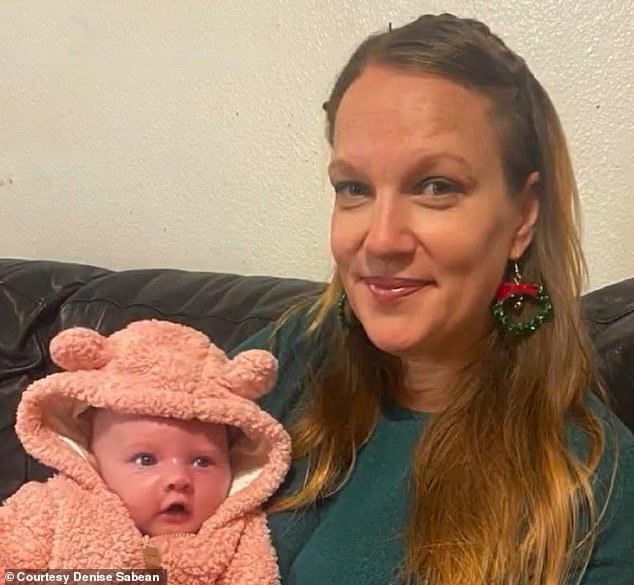 Racquel Sabean, 40, (pictured) with her infant daughter, Valentina (pictured)  was  a former Navy veteran from San Diego. Her body was discovered in Tijuana, Mexico in May 2022 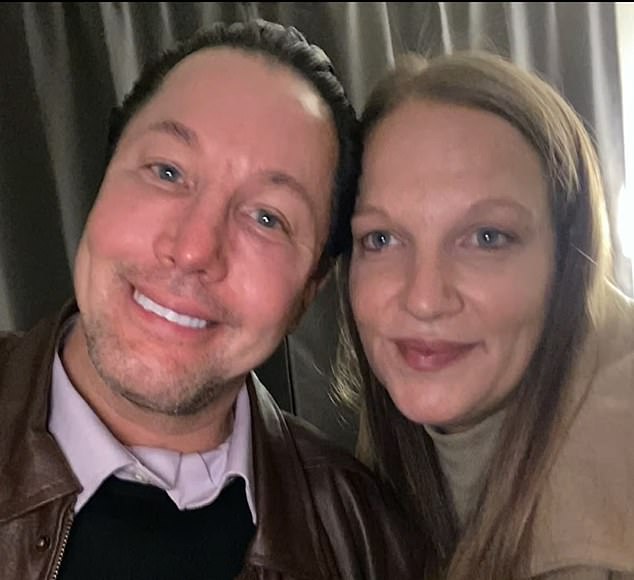 Racquel Sabean (pictured) had been in a relationship with Tyler Adams (pictured) for two years. She knew him under the name Paul Phillips. The couple had a child together named Valentina. The seven-months-old now remains in protective custody 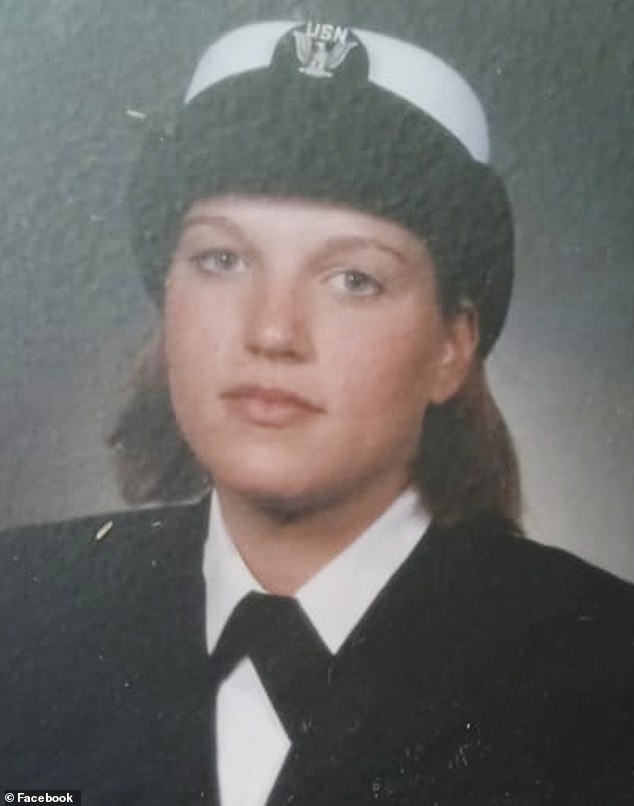 Racquel Sabean, 40, a former Navy veteran from San Diego was murdered in May 2022 and her killer still remains at large. The victim’s father,  David Sabean said he ‘would bet my life’ that Adams is his daughter’s killer in an exclusive interview with the US Sun

Adams is 5ft 9 with brown hair, weighs about 175lbs and had distinctive swelling under his eyes. He was last seen wearing a yellow short-sleeve button-up shirt, tan pants, and black running shoes.

He described his first time meeting Adams was a ‘good first impression,’ but then noticed concerning ‘red flags.’

He said his daughter confided in him that Adams was kind and polite to her while father was around but it was a different story when they were alone.

Another red flag David recalled when was when Adams claimed he was a ‘Mormon’ but after questioning him on his faith and noticing a tattoo, he started to became suspicious.

‘Eventually, I started thinking this guy’s a phony, right?,’ he said, in part, the US Sun reported.

‘I know Mormon families. I’ve never seen any Mormon, real Mormons, … that have tattoos,’ he said. 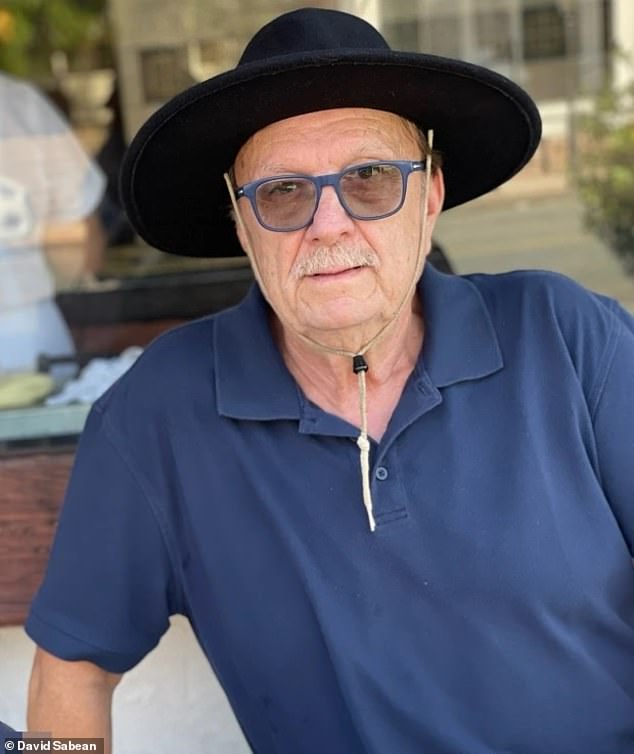 David Sabean, the victim’s father said he ‘would bet my life’ that Adams is his daughter’s killer in an exclusive interview with the US Sun 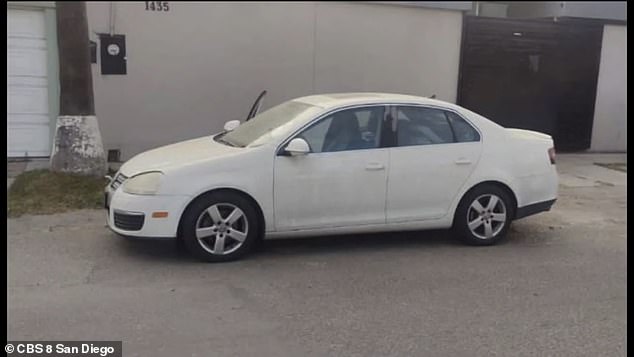 Racquel who had been with Adams for two years, knew him under the name Paul Phillips.

A day after being questioned by the authorities regarding his girlfriend’s death, Adams fled the country and crossed the border into the United States under a new alias, Aaron Bain.

On June 17, 2022, the FBI issued a release asking the public for their assistance in helping to locate Adams, informing the public that he was a ‘phony,’ and a ‘master of disguise.’

The FBI has confirmed they want to question him in connection with the murder.

The flyer featured photos of Adams that shows swelling under his eyes, and listed more than a dozen aliases.

FBI San Diego wrote the Adams was detained in Mexico on Wednesday, June 15, 2022, regarding an Amber Alert issued for his infant daughter. The child was later found safe with a babysitter in Mexico, and remains in protective custody there.

Mexican authorities said Adams was reportedly uncooperative when they wanted to question him about his girlfriend’s death before he crossed the border into the United States.

Video surveillance taken from the neighborhood in Tijuana where Racquel’s body was found proves that her boyfriend was the killer, her father told the US Sun.

He even describes the clothes Adams was wearing the day of the alleged murder- black pants, black shoes, black mask, and black gloves.

‘In Mexico, there’s a video of [Adams] parking my daughter’s car,’ David said, in part.

‘I saw it with my own eyes,’ Racquel’s father went on.

He said Mexican police have access to the surveillance video – but said Adams hasn’t been charged.