Boy, 13, born without LEGS wins place on his school’s basketball team – with teammates saying he is great at snatching ball away from rivals while they dribble it across court

A Kentucky teenager is proving to be the secret weapon on his high school basketball team, despite having been born with no legs.

Josiah Johnson, 13, decided in the fall to try out for the Moore Middle School basketball team in Louisville, Kentucky.

He was accepted, on merit, and is now the toast of the team.

‘He started taking the ball from people,’ one of his teammates told CBS News.

‘He took the ball from me. I was mad.

‘You would have thought Steph Curry was in the gym.’

Josiah Johnson, from Louisville, Kentucky, has become a star of his high school basketball team, despite being born without legs 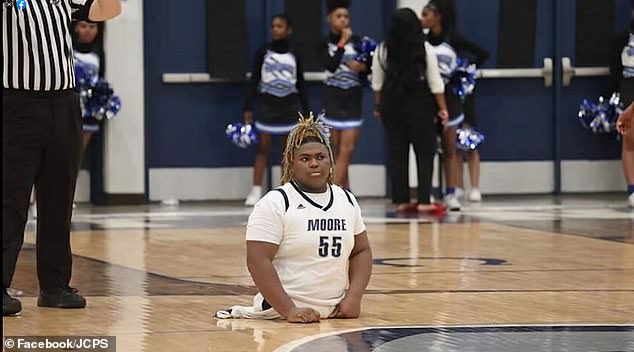 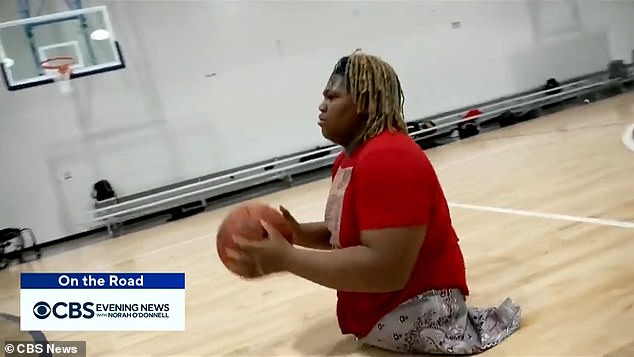 Johnson could have played in a wheelchair, but said that would have been too easy

Johnson could have played in his wheelchair, but he said doing so would have been too easy.

‘He made the team – we didn’t put him on the team for no sympathy reasons or anything like that,’ said one coach.

‘He showed up to every trial, he gave it his all.

‘He put himself on the team by making the squad.’

As a child, Johnson took part in gymnastics, but said basketball was his love.

His mother, Whitney, said that Josiah was confident, and stubborn.

‘Josiah is very competitive, and if he feels like something is too easy, he’s not going to do it,’ she said. 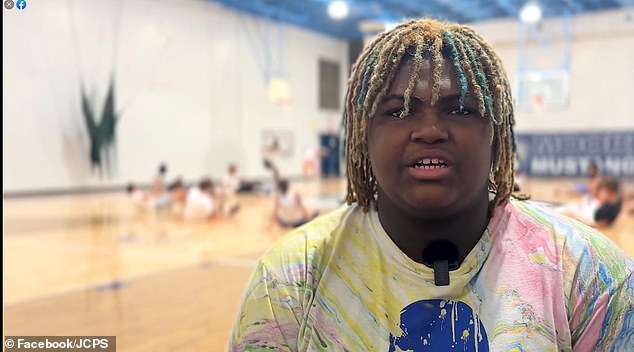 Johnson took part in gymnastics as a child, but said he is loving playing basketball 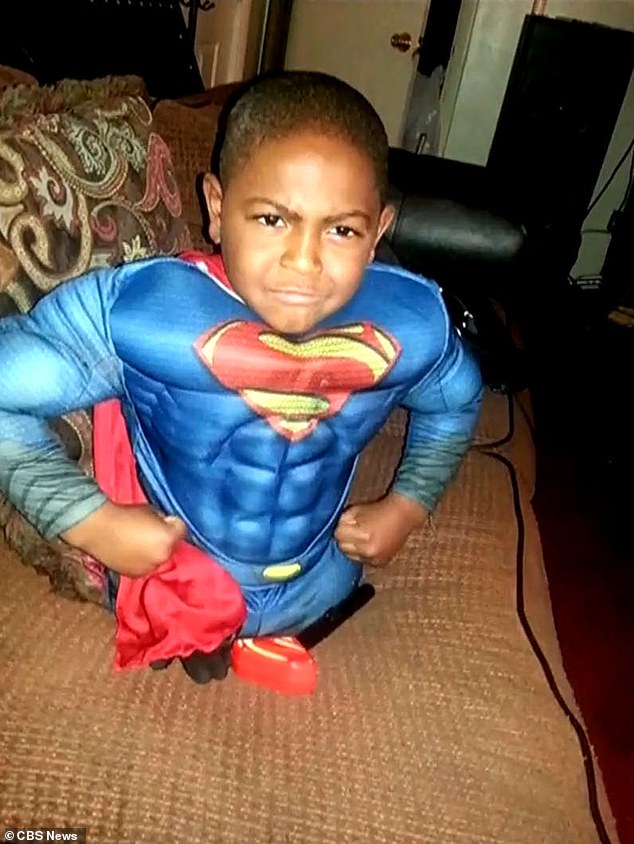 Johnson has refused to let his disability slow him down: his mother said he was stubborn 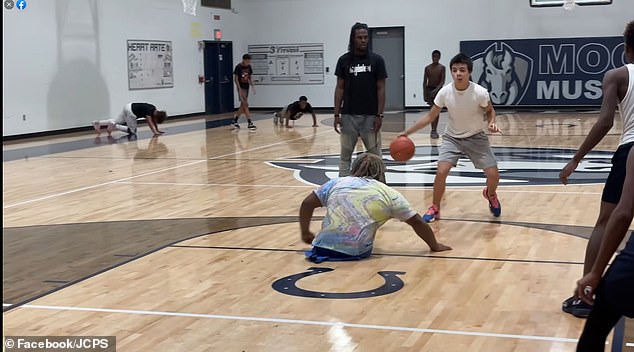 Johnson is seen playing in the Louisville high school courts

The teenager’s position on the ground means he is a natural for snatching the ball, dribbling, and making passes.

Opponents find him hard to beat.

‘People feel bad for me playing basketball,’ he said, in an interview with Jefferson County Public Schools.

‘I want to show them that you ain’t got to feel bad for me. I want to play on an equal level with you.

He underlined his value several weeks ago, at the end of a hard-fought game.

With seconds remaining, Johnson got the ball from outside the three-point line and scored.

His teammates were ecstatic, piling onto Johnson in a wild embrace caught on camera.

‘It was just a moment that I’m going to remember forever,’ a teammate said.

Johnson said that he hopes other people will be inspired by his dogged determination.

Asked what others should learn from him, he replied: ‘To do something that they thought they couldn’t do.’