‘It came at a time that none of us expected’: Bournemouth captain Lloyd Kelly admits Scott Parker’s sacking was a ‘bit of a surprise’… but insists squad ‘respect the decision’ ahead of ‘important’ Wolves game tonight

Bournemouth captain Lloyd Kelly admits he and his team-mates were caught off guard by Scott Parker’s sacking, labelling the decision to dismiss him as ‘tough’.

The 41-year-old became the first top-flight managerial casualty of the new campaign on Tuesday after a break down in his relationship with chief executive Neill Blake and technical director Richard Hughes.

Parker had publicly aired the club’s dirty laundry – labelling his side ‘under-equipped’ for the rigours of the top-flight – and there was also irritation at the way he was turning down potential signings they had spent the summer identifying. 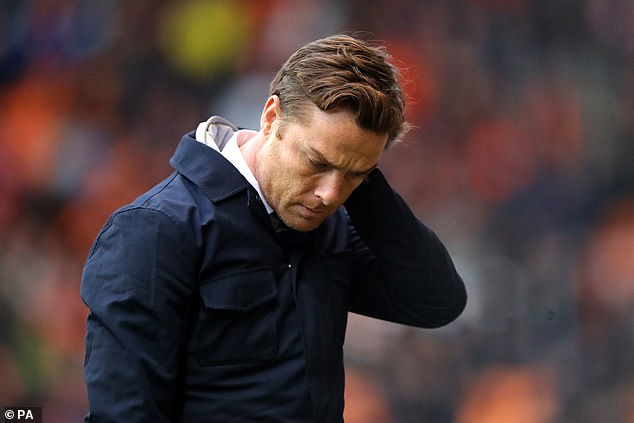 The club meanwhile sit 17th in the Premier League table, with the 9-0 thrashing by Liverpool at the weekend following 3-0 and 4-0 reverses by Arsenal and Man City after their opening-weekend win against Aston Villa.

But speaking to BBC Radio Solent about Parker’s dismissal, Kelly insists the players ‘respect the decision’ and are fully focused on trying to beat Wolves at the Vitality Stadium on Wednesday night under the guidance of interim boss Gary O’Neil.

‘It came at a time that none of us expected,’ he said. ‘It came as a bit of a surprise.

‘Of course, it’s a tough decision, but at the same time, us as players, we’ve got to respect the decision that was made and focus on what we can control – the games coming up. 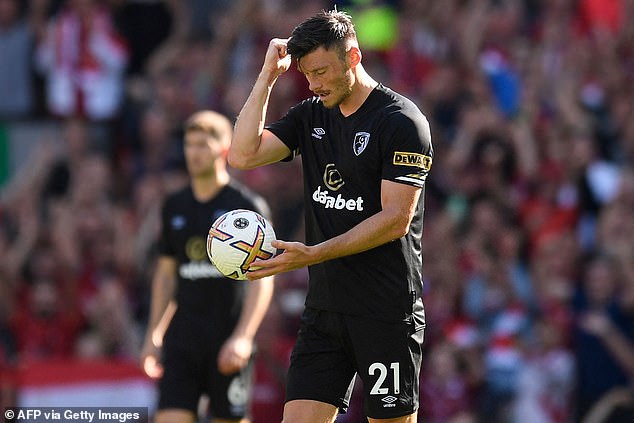 ‘Of course, tonight’s game is an important one. In that sense, it came around quickly. We respect the decision that was made and we’ve just got to focus on the games coming up.’

Kelly, 23, was handed the captain’s armband by Parker at the start of last season and enjoyed a ‘good relationship’ with the ex-Fulham boss, and says he did not expect him to be sacked despite the humiliation at Anfield.

‘Me and the gaffer had a good relationship ever since he and his coaching staff came in at the start of last season,’ he added.

‘He gave me the captaincy and having that sense of belief in me was the start of a good relationship, and it continued.

‘I felt like I developed as a player over the past 18 months or so. The relationship was a good one, it was positive. 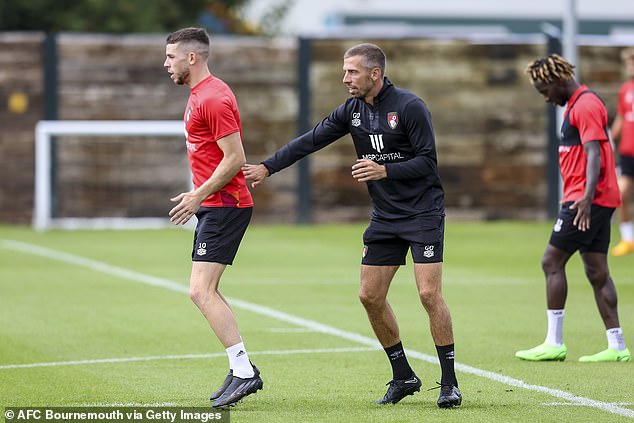 ‘After the game, of course, the 9-0 scoreline is something that no player and no coaching team wants to be a part of. It’s a tough one to take, really. But that’s the Premier League.

‘When you get Liverpool coming off the back of the result they had against Man United, they had a point to prove, and they did that.

‘There were things as a team we could have done better, but overall, the result, it wasn’t a case of us as players thinking it could have had the effect it did.’