Bournemouth agree £20.3m fee for Villarreal’s Nicolas Jackson… as they move into pole position to sign the 21-year-old winger after south coast rivals Southampton had been in advanced talks to land the Senegal international

Bournemouth have agreed a £20.3m deal for Villarreal forward Nicolas Jackson, fending off competition from Southampton.

The Saints had been in advanced talks to sign the Senegal international, but now look set to be beaten to his signature by their south coast rivals.

The two clubs are currently both sat in the relegation zone and are desperately looking to bolster their squads in the final week of the transfer window to pull themselves away from danger.

Bournemouth have agreed a fee for Villarreal forward Nicolas Jackson 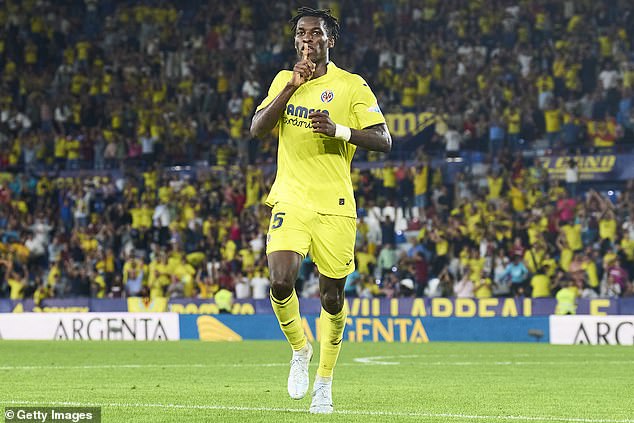 Southampton initially wanted to sign Jackson, who has scored twice in 14 LaLiga appearances this season, on loan with an option to buy.

They then turned their attention to bringing Jackson in permanently, but Bournemouth’s late bid has put them in pole position to sign the promising forward.

Jackson is not the only player on the Cherries January wish list, as they are also reverting their interest back to Roma left-back Matias Vina as they grow frustrated in their wait to persuade Robin Gosens to join from Inter Milan. 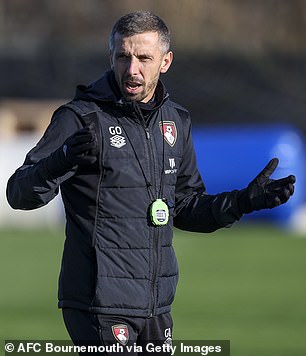 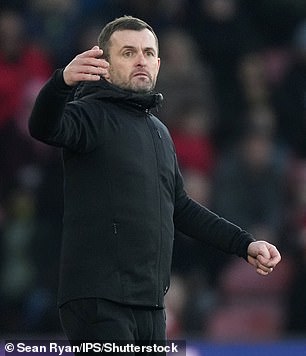 The 25-year-old has seen his chances at Roma limited under Jose Mourinho this season, with just three Serie A appearances, and 15 games where he has been left as an unused substitute.

Their push for Vina comes after they failed with an ambitious move for Inter Milan’s Germany international Robin Gosens.

Should Bournemouth get a deal over the line for Jackson, he would be their second major signing this month after they added forward Dango Outtara to their squad last week.

The £20m signing from Lorient made an instant impact by setting up Jaidon Anthony’s goal in Bournemouth’s 1-1 draw with Nottingham Forest on Saturday.