Bring your trunks! Elephants roll around in mud and spray each other with water in adorable footage filmed in Botswana

This is the adorable moment elephants decided to play in a mud bath.

Footage filmed at the Mashatu Game Reserve in Botswana on November 16 by local photographer and nature guide Aubrey Tseleng shows the African elephants bathing in the muddy water.

They lie down flat and then stand up to flick each other with the muddy water.

In the footage, one of the elephants makes loud splashing noises as it smacks the water with its trunk.

It pauses momentarily to lie down in the water before being joined by another elephant.

Then they use their trunks to flick water at each other as they frolic with the other members of their herd. 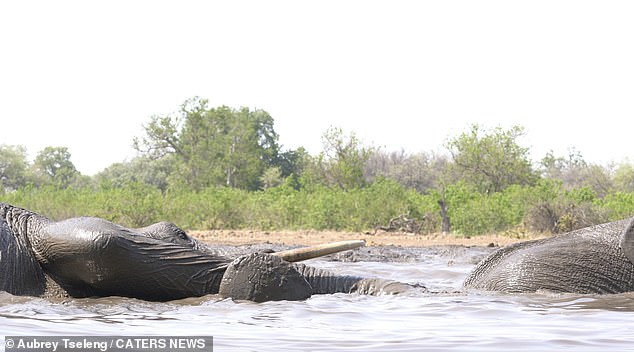 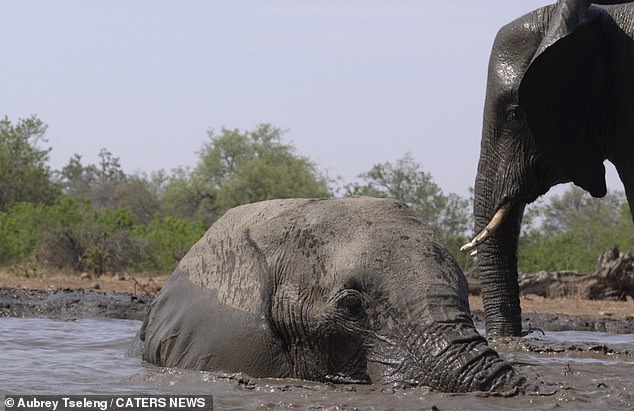 Mr Tseleng, 47, said: ‘I’m privileged to work in a nature reserve, where I get to witness these incredible animals in their natural environments.

‘This particular herd of elephants played in the muddy water for over half an hour.

‘The elephants kick up the water to mix it with the soil and then roll around and spray themselves with the mud which helps cool them down.

‘As the mud dries and cakes over their skin, it creates a barrier for biting insects as well as suffocate parasites such as ticks.

‘I was thinking of how important it is for us to consider our impact on the planet, we must strive to conserve nature like this.’ 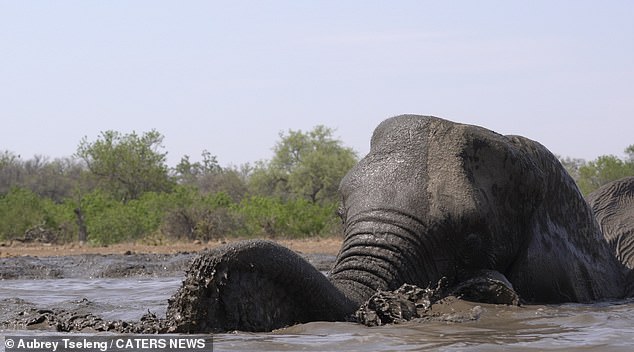 Lying down and dipping their trunks in the water, the elephants enjoy the cool muddy water 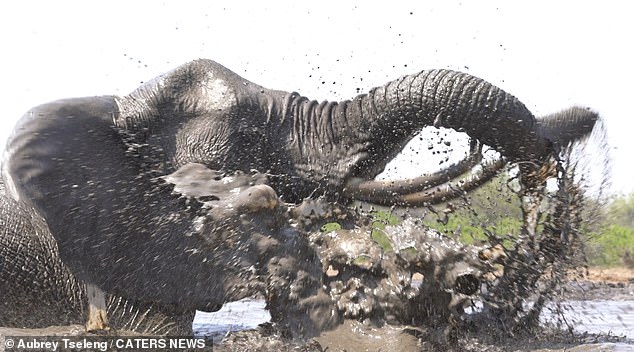 It’s not the first time elephants have been filmed having fun in the mud at the Mashatu Game Reserve.

In September photographer Janet Kleyn captured a baby elephant struggling to  wriggle out of a pool before it was helped out by other herd members. 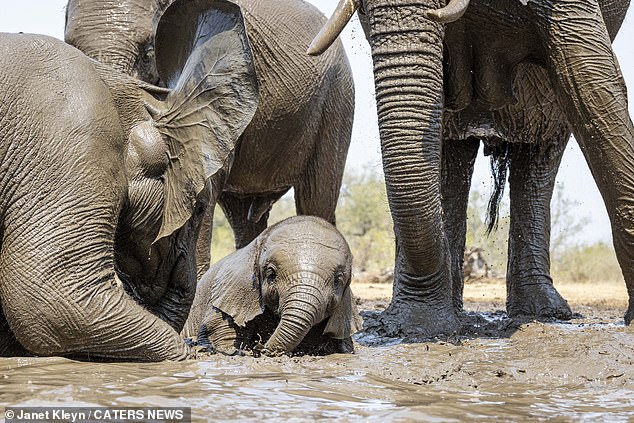 It lies in the eastern part of Botswana where Limpopo and Shashe River converges.

Mashatu means ‘Land of the Giants’ and takes its name from the Mashatu or Nyala berry tree and the giants roaming its terrain. 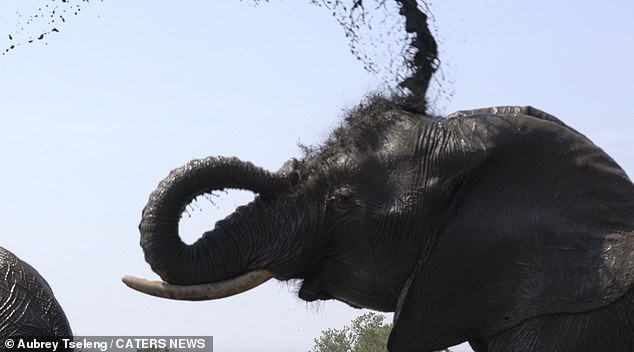 The trees, found along the rivers in the reserve, provide refuge, shade and food to a large amount of wildlife.

The land is one of the largest privately owned game reserves in Southern Africa.

It provides a sanctuary to the largest herds of elephant on privately owned land on the continent.

There are also giraffes, antelopes, birds and ostriches among others which means the reserve houses Africa’s big seven land based giants.

Experienced rangers offer drives of the reserve for tourists to get up close and personal to the animals safely.