Jude, 18, made the move from St Andrews to Dortmund two years ago, snubbing Manchester United to seal a £30million switch to the Bundesliga outfit.

The England international has since gone from strength to strength, and was part of Gareth Southgate’s Three Lions squad for last summer’s Euro 2020 campaign.

And according to The Sun, the Germans are increasingly keen on landing Jude’s younger brother Jobe, who is also making a name for himself with the West Midlands club.

Jobe nearly broke his brother’s record of becoming the Championship outfit’s youngest ever player earlier this season, but was an unused substitute in EFL Cup ties against Colchester and Fulham.

He is yet to make his first appearance for Lee Bowyer’s side, but Dortmund are understood to have held an interest in Jobe since he was 14, when the club first opened talks regarding Jude’s availability. 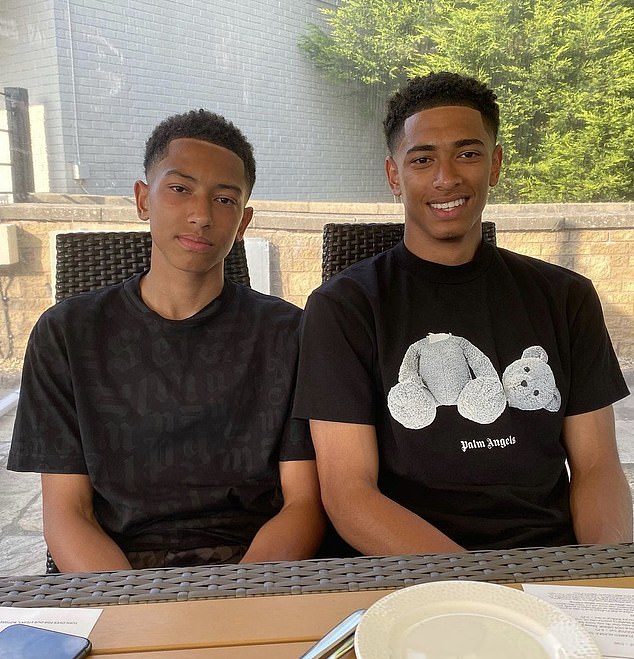 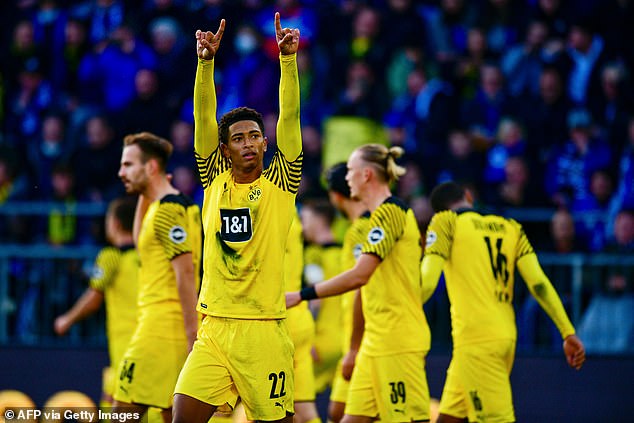 Jude, 18, has flourished since switching to Dortmund and is a regular England international

The brothers are represented by their father, Mark, a former non-League striker and police officer, and the report states that the Bellingham family are keen for Jobe to stay in Birmingham for the time being.

Jude is enjoying a superb campaign with Dortmund this season, where boss Marco Rose has described his midfielder as ‘near perfect’.

The 18-year-old scored a sensational solo effort against Arminia on Saturday, with Dortmund hoping to hoping to keep in touch with Bayern Munich in the title race despite reeling from the absence of Erling Haaland.

The Norwegian has suffered an injury to his hip flexor and Rose confirmed that the marksman will be sidelined for ‘a few weeks’.