Boris Johnson’s trainer Harry Jameson has revealed his techniques for helping overweight men get fit, from ditching processed and sugary foods to a daily breathing exercise.

Johnson, 56,  was snapped running near Westminster in central London last week with the trainer to the stars.

Harry has now revealed how his methods go against many of the most popular modern fitness trends, with a focus on slow workouts that reduce stress, a simple diet plan and daily breathing exercises.

The trainer, who says he has guided ‘many a top, stressed-out executive’ during his 17 year career, told The Times his Move Your Gut programme focuses on stress reduction, saying: ‘Stress has a negative impact on gut health and the hormones it produces are one of the reasons that fat gets stored in the abdominal area, leaving you with a thick middle.’

Boris Johnson’s trainer Harry Jameson has revealed his techniques for helping overweight men get fit, from ditching processed and sugary foods to a daily breathing exercise

Harry’s programmes focus on helping his clients to lose weight and achieve optimum health with old-fashioned cardio and flexibility exercises.

He argues that trendy workouts including high-intensity interval training (HIIT) and Boxercise can actually exacerbate stress and anxiety.

Instead, the personal trainer argues that slowing down workouts can reduce stress placed on the already exerted body which will then have an impact on gut health.

Harry tends to encourage clients to go for fitness routines made up of longer, slower runs and bike rides, daily meditation, and stretching because they can ‘switch off’ the negative stress response. 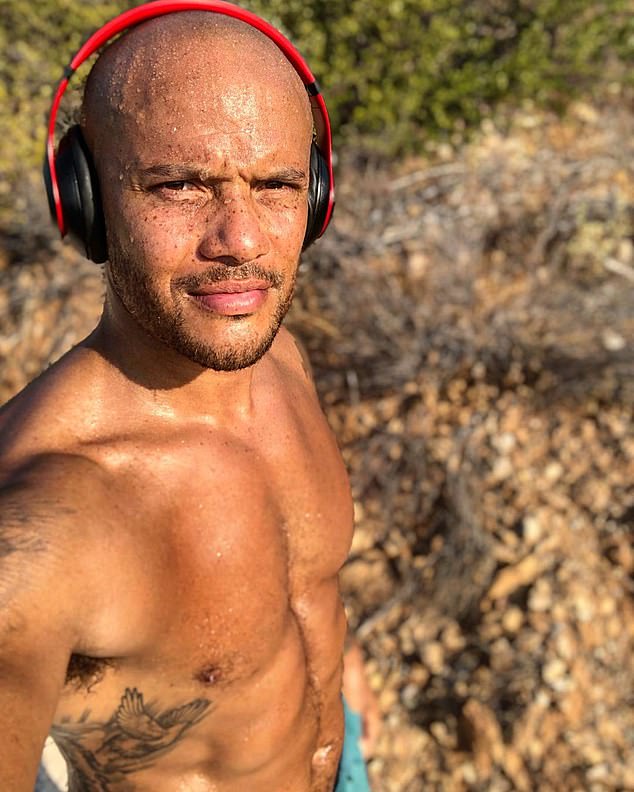 He explained that experts are just beginning to understand the ‘vital role’ the gut plays in fitness and wellbeing, as well as ‘how high levels of stress and anxiety negatively impact digestive ecosystem.’

He said: ‘Too many within the fitness industry have gone the wrong way about dealing with it, advocating the types of activities that raise stress rather than reduce it.’

Alongside the slower fitness schedule, Harry advises clients to take on a routine of breathing exercises or meditation. 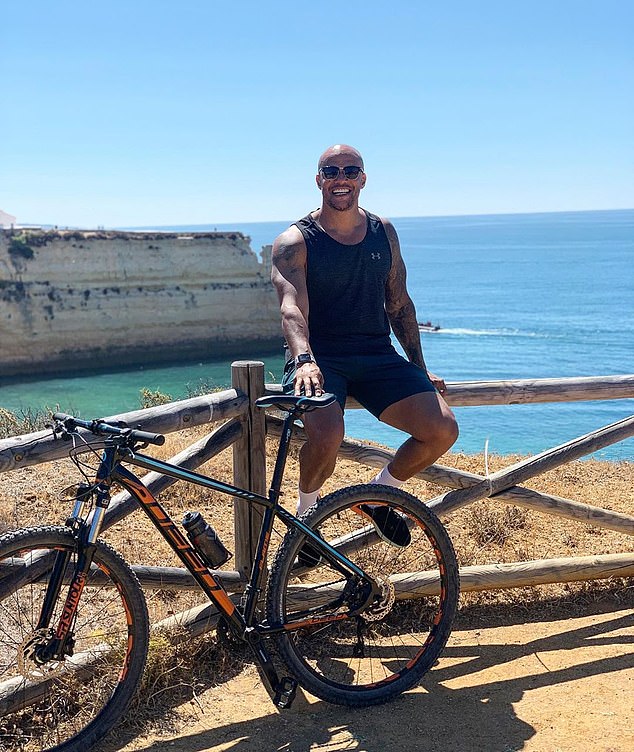 He advises clients swap the intense exercise for longer, slow routines including cycling and running

Johnson’s trainer, who describes himself as an ‘elite performance coach’, has been revealed as the son of Doctor Who actress Louise Jameson, who played the character of Leela in the BBC show, companion to Tom Baker’s Doctor.

How to train like a Prime Minister! Harry’s routine rules

1. Start the day with routine of four simple stretching exercises

2. Run, swim or cycle three times a week, making this the ‘bedrock’ of your fitness

3. Supplement with strength training two to three times a week

On his website, he says he works on physical and nutritional health and mental wellbeing ‘through mindfulness, meditation and stress management, as well as leadership and goal setting for senior teams’.

It is unclear what programme the Prime Minister will follow with Mr Jameson, though the trainer touts a four week ‘body blitz’ for men.

His website reads: ‘No gym needed. No excuses. Invest in a workout mat, two dumb bells and train from anywhere, at any time.

‘Each week will be more challenging than the last, recruiting new muscle groups to ensure you get that full body tone.

‘Follow this program for the next four weeks to see the maximal effect and for best results train 5 times a week. Finally, eat a solid diet and get at least 8 hours of sleep every night.’

If Mr Johnson follows the plan, he would have to do push ups, mountain climbers, jumping squats and clap crunches in week one.

He would have to do each exercise non-stop for 30 seconds with a minutes rest in between before doing the exercises three times each. 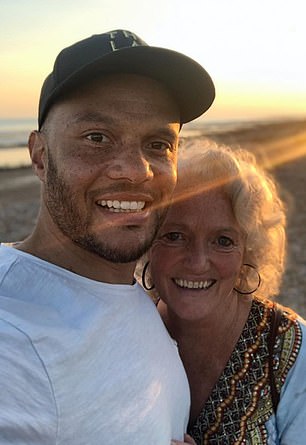 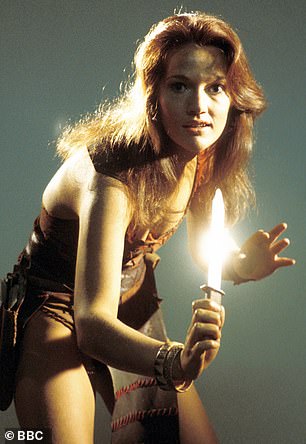 Johnson’s personal trainer is the son of Doctor Who actress Louise Jameson, who played the character of Leela (right) in the BBC show, companion to Tom Baker’s Doctor. She also played Rosa di Marco on EastEnders for more than 200 episodes

It is unclear if Mr Johnson is following the intensive plan, though a Number 10 source confirmed he had hired Mr Jameson.

They told the Evening Standard: ‘Yes, he has engaged a personal trainer. I can confirm it is Harry Jameson. It’s because he is really serious about getting fit, as anyone who has seen him over the past couple of months knows. Boris is raring to go.’

It comes as the prime minister insisted he was fighting fit after Dominic Cummings’ father-in-law suggested he was planning to quit within six months after struggling to recover from the virus.