Stanley Johnson has been caught out again for not wearing his mask properly, after posting a Tube photo saying he was now masked up correctly.

The Prime Minister’s father was snapped wearing the face covering pulled down below his nose while waiting at a station to board a Bakerloo Line train today.

Transport for London (TfL) rules state that masks must be worn for the ‘full duration of journeys’ in the capital city, including ‘inside stations’.

It adds that those who do not wear a face covering on the public transport network could be denied travel or receive a minimum £200 fine.

Stanley, 80, earlier shared a photo of him with Work and Pensions Secretary Thérèse Coffey and MP John Penrose on his Instagram.

He wrote: ‘Masks firmly in Place on the Jubilee Line with @theresecoffey and @JohnPenroseNews after #CPF session at the ”virtual” Conservative Party Conference.’

It comes after the I’m A Celebrity star was slammed for not wearing a face covering in a supermarket and pulling one down while he read in an airport last week. 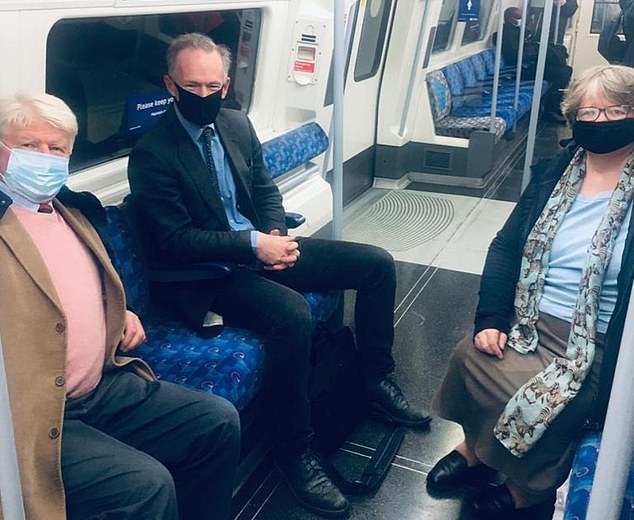 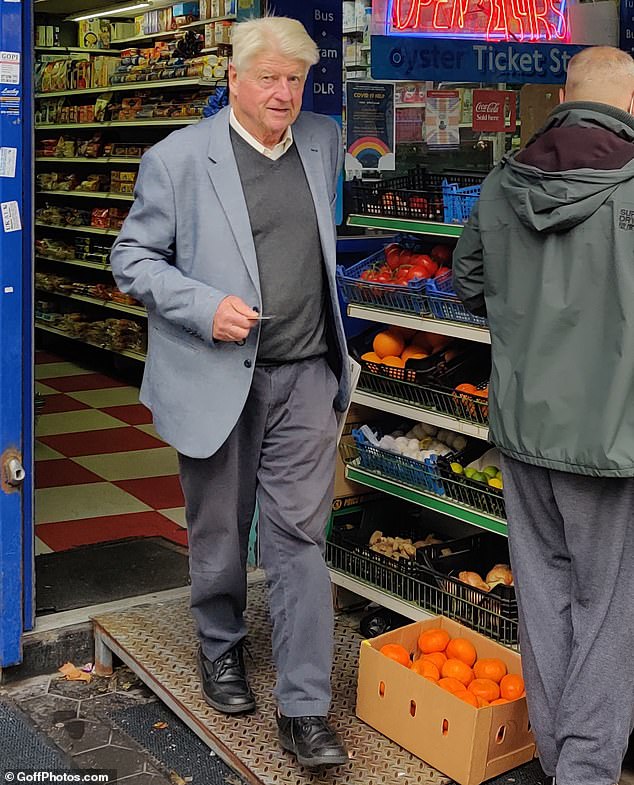 On its website, TfL says: ‘Face coverings must be worn for the full duration of journeys on the public transport network, including inside stations, and in taxis and private hire vehicles.’

Stanley also faces questions after a new biography claimed he hit the PM’s mother in a domestic violence incident that broke her nose.

The 80-year-old was seen reclining on an airport chair while reading a book with his mask pulled down his face last Sunday.

He was waiting for a plane in Athens, Greece, where the law states masks have to be worn at all times in public spaces.

Stanley had spent three weeks at his Greek villa before he was spotted openly flouting the rules while waiting for an aeroplane to return him to the UK.

Airport witnesses also claimed that he had disobeyed social-distancing rules.

One told The Daily Star: ‘I first noticed Stanley because he sat too close to me at the gate so I had to shuffle along the seats to maintain social distancing – then I noticed he wasn’t wearing his mask properly.

‘I find his behaviour shocking ­given he is the father of the Prime Minister who is currently enforcing these rules.’

On Wednesday he was photographed shopping in his local newsagent without wearing any face covering.

Stanley admitted he was ‘maybe not 100 per cent up to speed’ with the rules having just returned from abroad and said he was ‘extremely sorry’. 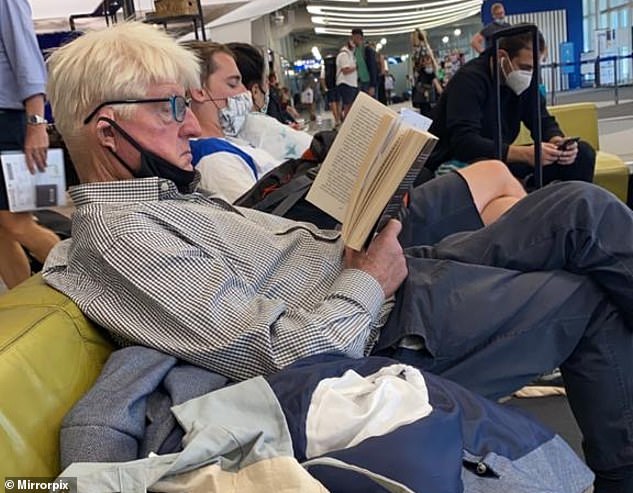 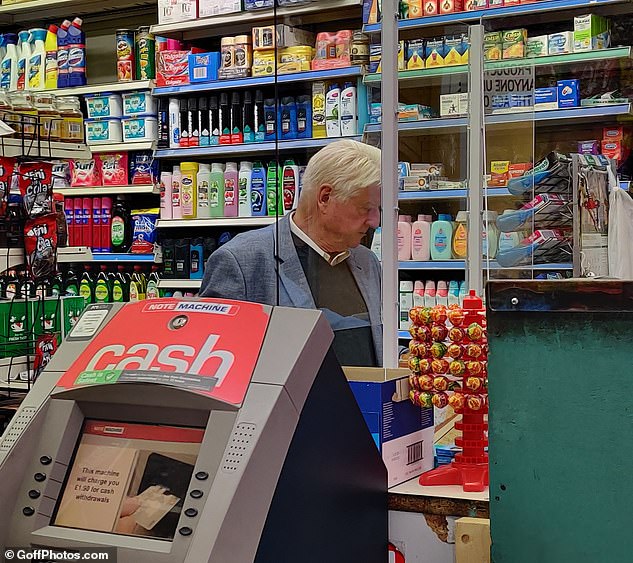 At the time, the Metropolitan Police said he would not be fined because he was a first-time offender.

A spokesperson for the force told The Mirror: ‘As a matter of course the MPS is not investigating COVID related issues retrospectively.

‘Where we become aware of a breach occurring, officers will seek to engage, explain and encourage people to follow the rules, only enforcing as a last resort.

‘Where alleged breaches are brought to our attention after the event, officers will not have had the opportunity to engage, explain or encourage, and those involved will not to respond positively to that process – as most people do.’

The Met Police added that, due to the above, it would be inappropriate to pursue the Prime Minister’s father and urged the public to continue following the rules.

Meanwhile, a biography claimed on Saturday he had hit the PM’s mother in a domestic violence incident that left her needing hospital treatment.

It is one of a string of revelations in The Gambler, a major biography of the PM by Tom Bower, which is being serialised in The Mail on Sunday. 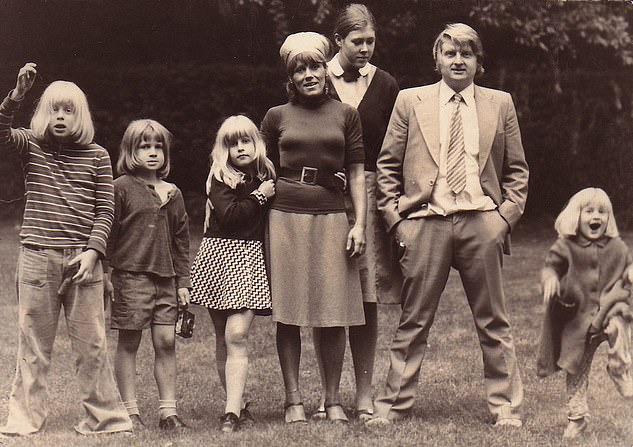 Unhappy families: Boris is on the far left, his parents on the right. Mr Bower describes Stanley’s first marriage, to Boris Johnson’s mother Charlotte, as violent and unhappy, quoting her as saying: ‘He broke my nose’

Mr Bower describes Stanley’s first marriage, to Boris Johnson’s mother Charlotte, as violent and unhappy, quoting her as saying: ‘He broke my nose.’

She added: ‘He made me feel like I deserved it.’ ‘I want the truth to be told.’

Family friends on Saturday confirmed the story to the Mail on Sunday, but insisted the incident had been a one-off.

Stanley was previously met with a furious backlash earlier this year after he jetted to his four-bedroom home in Greece – ignoring Foreign Office guidance at the time.

He had claimed he needed to ‘Covid proof’ his villa before the letting season began.

MailOnline has reached out to TfL and the Met Police for comment.