The Prime Minister joined politicians, broadcasters and thousands of fans in congratulating Sir David and celebrating his work as an environmentalist.

Mr Johnson’s wishes come ahead of the United Nations Climate Change Conference (COP26), which was launched by the Prime Minister and Sir David last February.

The conference, which is to be held in Glasgow, was delayed because of the Covid pandemic and has been rescheduled for November this year. 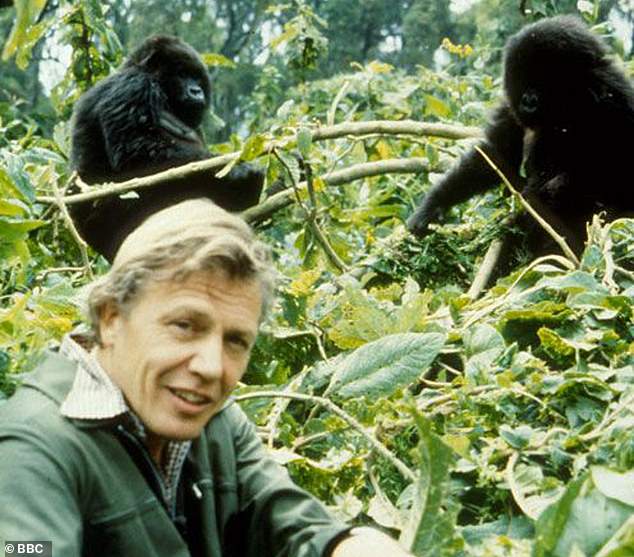 Pictured: Sir David sits with mountain gorillas on location for his documentary Life On Earth in Rwanda in 1979 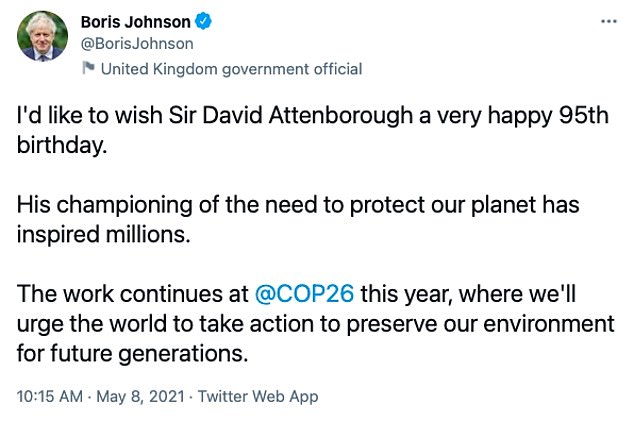 ‘His championing of the need to protect our planet has inspired millions.

‘The work continues at COP26 this year, where we’ll urge the world to take action to preserve our environment for future generations.’

He was joined in sending his warm wishes to the naturalist by fellow Conservatives Alok Sharma and Zak Goldsmith. 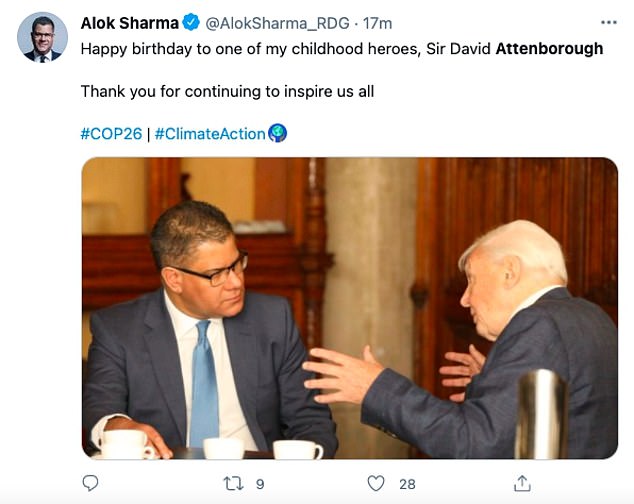 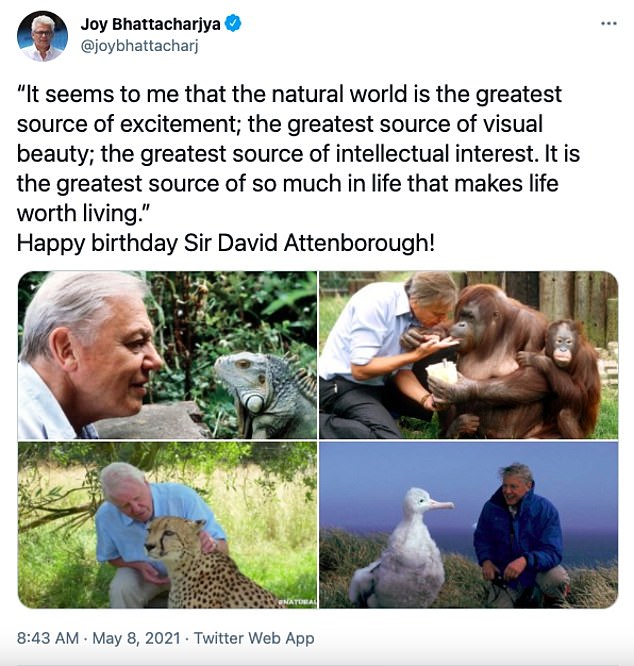 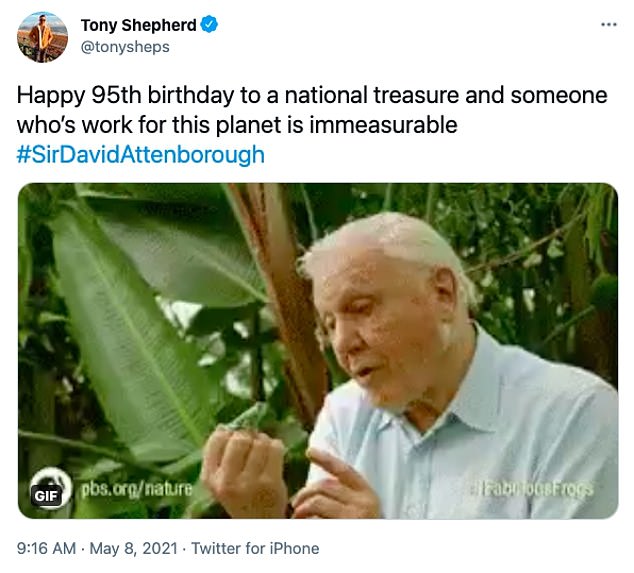 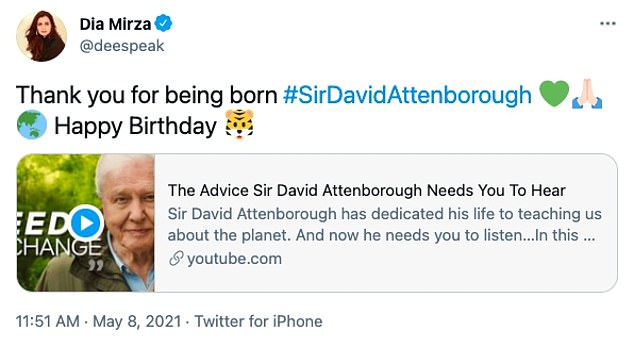 The former employment minister and president of COP26 Mr Sharma wrote: ‘Happy birthday to one of my childhood heroes, Sir David Attenborough.

‘Thank you for continuing to inspire us all.’

And minister of state for pacific and the environment Zac Goldsmith said: ‘Happy birthday Sir David Attenborough — a man for whom the term National Treasure was invented.

‘We are all indebted to you — even those who don’t yet realise it!’