Boris Johnson’s decision to stand by Priti Patel amid a furore over bullying will be challenged by a civil servants’ union.

An investigation into Ms Patel’s behaviour, which was said to include some occasions of shouting and swearing, found that the Cabinet minister had not always treated civil servants with ‘consideration and respect’.

Sir Alex Allan, who carried out the probe and published its findings in November, concluded that Ms Patel’s behaviour did meet the definition of bullying adopted by the Civil Service.

Sir Alex left his advisory role in Downing Street after the Prime Minister contradicted his advice by judging that Ms Patel did not breach the rules despite being found to have bullied staff.

Ministers are usually expected to resign if they breach the code but Mr Johnson, who is its arbiter, judged that Ms Patel had not fallen foul of the rules.

The FDA union has now begun a judicial review to ‘overturn’ the Prime Minister’s decision to disregard the findings of his adviser on ministerial standards in order to back Home Secretary Ms Patel last year. 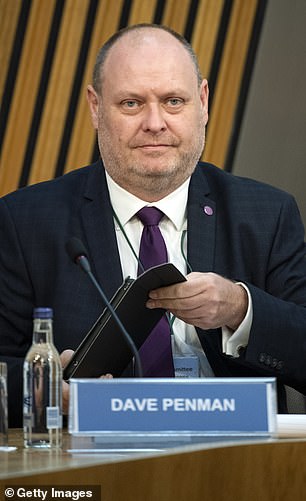 An investigation into Priti Patel’s (left) behaviour, which was said to include some occasions of shouting and swearing, found that the Cabinet minister had not always treated civil servants with ‘consideration and respect. Dave Penman (right), general secretary of the FDA union, said the affair had obliterated Civil Service trust in the ministerial code 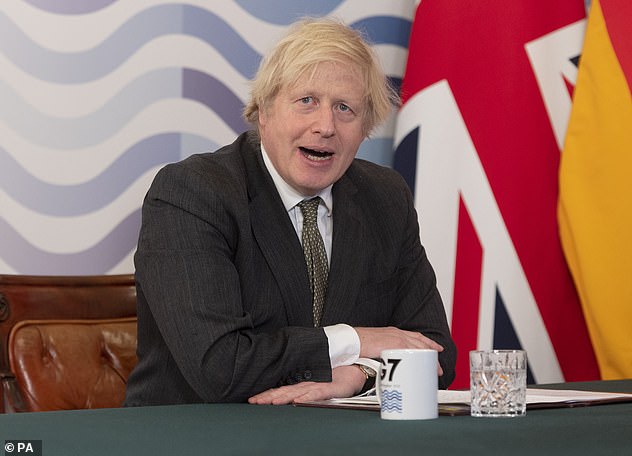 He said a survey taken since of FDA members who are most likely to work with ministers found that nearly 90% said they had no confidence in the ministerial code as a mechanism for dealing with bullying and harassment by ministers.

Mr Penman added: ‘In November the Prime Minister made the extraordinary decision that the Home Secretary did not breach the ministerial code, despite clear evidence that she bullied civil servants.

‘As the union that represents many of the staff who work day to day with ministers, we cannot simply let this issue rest.

‘Civil servants should expect to work with ministers without fear of being bullied or harassed.

‘(Mr Johnson’s) decision, which he said reflected the Home Secretary’s assertion that her actions were unintentional, potentially allows ministers to avoid the consequences of their behaviour in future by pleading that it should be the intent of their actions which is important, not the consequences.

‘Our judicial review, launched today, would seek to overturn the Prime Minister’s decision that the Home Secretary’s conduct did not breach the ministerial code.

‘This is not about whether the Home Secretary should be forced to resign, that is a matter for the Prime Minister, this is simply about how the ministerial code is interpreted.’

Following the publication of Sir Alex’s report, Ms Patel issued an ‘unreserved, fulsome apology’ and said there were ‘no excuses’ for what happened.

Mr Johnson later wrote to ministers and heads of Government departments reminding them that there is ‘no place for bullying’.