Boris Johnson has overruled Cabinet Minister Liz Truss in a crucial battle over the future of British farming – siding with his fiancee Carrie Symonds instead.

The Prime Minister last week vowed to stem a feared flood of sub-standard American products into the UK by insisting controversial foods such as hormone-fed beef and chlorinated chicken must be subject to high import tariffs.

His move – hailed last night as a significant victory in the battle to protect ‘higher-quality’ British farming as well as our traditional landscape – was a blow to International Trade Secretary Ms Truss, a staunch free marketer who is thought to have wanted duties reduced to nothing within a decade.

Crucial to Mr Johnson’s decision was the influence of Ms Symonds, a long-standing animal welfare campaigner who is understood to back plans to penalise US producers who raise animals in cruel conditions.

She is a patron of The Conservative Animal Welfare Foundation and spoke last year at an event it hosted on the issue.

Ms Symonds has also promoted the party’s policies on stopping the trade in ivory, installing CCTV in slaughterhouses, increasing sentences for animal cruelty and on recognising that animals feel suffering.

There he backed Environment Secretary George Eustice, who warned that unless high duties were imposed, cheaper, sub-standard American food would put British farmers out of business. 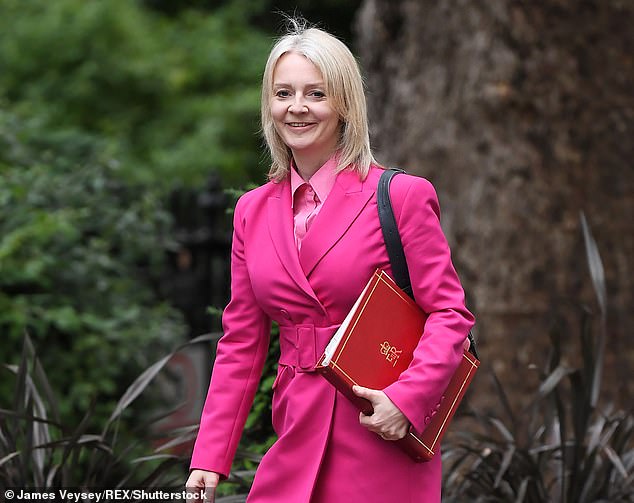 Secretary of State for International Trade Liz Truss (pictured is said to be ‘fuming’ over the decision, with sources warning that the Trade Secretary – whose free-market views have the backing of Chancellor Rishi Sunak – could yet ‘sabotage’ Mr Johnson’s tough stance in post-Brexit trade talks with Washington

Ms Truss is said to be ‘fuming’ over the decision, with sources warning that the Trade Secretary – whose free-market views have the backing of Chancellor Rishi Sunak – could yet ‘sabotage’ Mr Johnson’s tough stance in post-Brexit trade talks with Washington.

In any case, the Prime Minister still faces calls to prove he is serious about protecting British food standards, either by enshrining the pledge in legislation now going through Parliament or by a public declaration.

Writing in today’s Mail on Sunday on the facing page, former Environment Secretary Theresa Villiers says: ‘We must hold our Ministers’ feet to the fire to ensure they do stay firm and resolute.’

She welcomed the pledge on higher tariffs but said it would be better if US chlorinated chicken and hormone-fed beef remained banned.

The row, at special meeting of the ‘XS’ Cabinet sub-committee – the ‘exit strategy’ group to manage Brexit – comes two weeks after The Mail on Sunday launched its Save Our Family Farms campaign to highlight the threat to domestic food producers if a free trade deal with Washington opened the floodgates to inferior US produce.

It also comes after 18 Tory MPs, including Ms Villiers, rebelled and tried to amend the Agriculture Bill to add protections for British farmers against low-standard imports.

Ministers’ horns have been locked in Cabinet over whether the price of securing a lucrative US trade deal should involve opening up the UK market to controversial US foodstuffs banned by the EU.

Ms Truss, MP for an East Anglian constituency with many farmers, is understood to believe British shoppers should have a ‘Brexit dividend’ of cheaper food and proposed a plan where tariffs on US products would be reduced to zero over a ten-year period to achieve that. 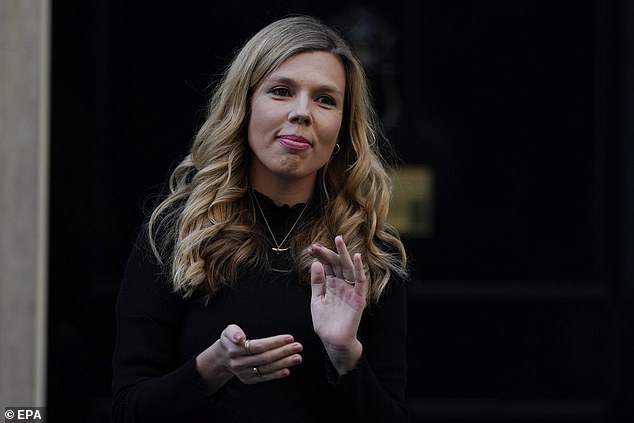 Sources said the Prime Minister’s insistence on a ‘dual tariff’ regime with high levies on unhealthy or cruelly-produced food would ‘make it uneconomical for US producers to export to Britain’.

Higher-quality American products, such as organically-reared and free-range meat would be subject to lower tariffs.

Last night, the Government insisted there would be no compromise on UK food safety and animal welfare, saying that ‘all food coming into this country is required to meet the UK’s important standards’.

However, some MPs privately said that did not preclude relaxing any law in the future. 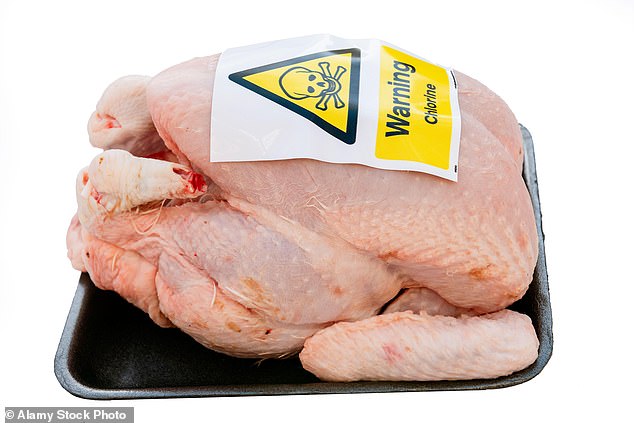 And in a joint letter to Tory MPs, Ms Truss and Mr Eustice sought to calm their fears by stating that the current ban on hormone-fed meat and chlorinated chicken would remain after the UK was fully outside EU, saying any change would have to be passed by Parliament.

Neil Parish, the Tory chairman of the Commons environment, food and rural affairs committee, last month told the BBC: ‘I trust George Eustice. Whether I trust Liz Truss in the same way I’m not sure…’

Last night, allies of Ms Truss hit out at what they see as attempts to ‘demonise’ her as somehow the champion of unsafe food. ‘This is complete rubbish,’ said one.

But one senior Minister who backs the ‘dual tariff’ plan said: ‘Our fear is that Liz Truss, a fanatical free marketeer, is so angry she will try to sabotage the trade talks by allowing the Americans to reject the tariff idea.

So although Boris has intervened, this is just a battle won. The war is definitely not over.’

The National Farmers’ Union has described Mr Johnson’s decision as ‘a significant step forwards’, but it wants the tariff enforced by an independent commission.

Fresh attempts to protect British farmers are expected this week when the Agriculture Bill begins its passage through the Lords.

He said: ‘Do we really want to encourage the importation of meat which is produced in a way which is illegal in Britain?’

He also raised fears that once US hormone-produced beef is allowed in on a tariff basis, Ministers could reduce the levies in the future to the detriment of food quality and the livelihoods of British farmers.

A Deltapoll survey for this newspaper found last week that nearly three-quarters of respondents felt that maintaining UK welfare standards should be a higher priority than reaching a deal with Washington.